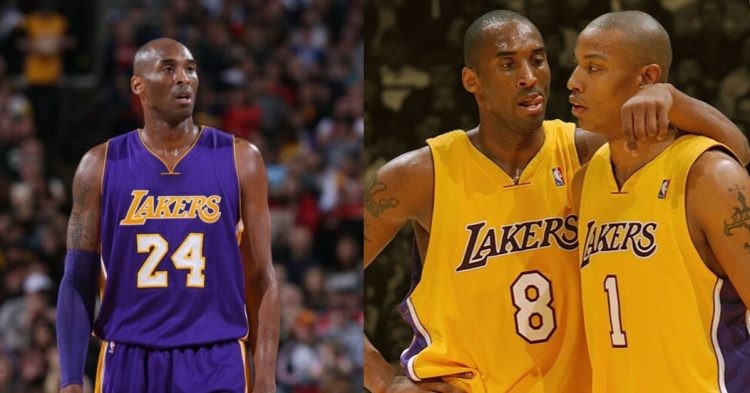 As we all know, Kobe Bryant is one of the best basketball players of all time. He was a player who brought the spirit of the sport back to life. Apart from numbers, Kobe also played his heart out on the court. That made billions of fans around the world fall in love with the game.

Adding on to that, Bryant was also a huge inspiration for many around the world. You could be in your 20s, 40s, or even 80s, hearing Kobe talk will give you goosebumps. That’s how elite his mindset was. Recently, a former NBA player and friend of Kobe’s revealed a story about how Kobe trains.

It is one of the Miami Heat‘s current coaches, Caron Butler. He said on Uninterrupted, “You go to Los Angeles and you see Kobe, and he signs for $133, $134 million. And the second he signed the contract, he turned to the right, like hey, hey, motherf**ker. Let’s blackout. That was his workouts. They called blackouts. And I was just like okay, dope, when we doing that? He’s like, ‘tomorrow 7 AM black the fu*k out. Like we about to black out.'”

“And I was like oh sh*t. I just came here for a press conference, I had a suit. I’ll be here and went, end up going to workout. And it was like the reps of six sports or seven spots, where you’re doing 20 makes and you go out 20, 20, 20, 20, go around, go back more game speed. And then you start working on the counters and you work your way out to the perimeter,” Butler added.

Every Kobe story adds to his mystique & his legacy. 🐍

Hear the full convo of @realtuffjuice “blacking out” with the Black Mamba on a new episode of #ImanAmongstMen, dropping tomorrow wherever you get your podcasts!

Caron also said that the workout wasn’t over there. He said, “then you got two guys that come on now they’re defending like, they’re the defensive rotation. And then you go through that whole sh*t for like 90 minutes to two hours, and then you lift weights. And we done man, whew. He’s like, ‘yeah come back at six.’ I was like all right, 6 AM? He’s like, ‘no 6 PM. Get something to eat, come back, we do this sh*t again, get this sh*t in again.”

We all know Kobe was a living example of elite mindset. In the past, he has spoken about the Mamba Mentality. In the past, the Black Mamba has mentioned that it was about becoming the best version of yourself and overcoming any obstacle in front of you to achieve that. Caron’s story about the former LA Lakers superstar shows that he was willing to put in the work to become the best player he could be.