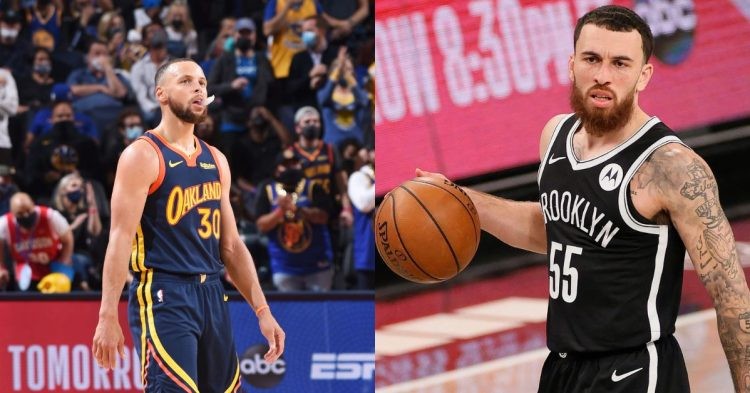 Stephen Curry is one of the most talented players in the NBA. He has spent his career with the Golden State Warriors and delivered them 4 titles. Many thought winning the Finals MVP and his 4th title this year would put all the doubters to bed. This was perhaps the most dominant postseason run we have seen from “Chef Curry” so far.

Despite these indisputable indicators of all-time greatness, former NBA player Mike James ended up criticizing the 4x NBA champion on the  “players choice” podcast. Mike is not well known to many NBA fans. Therefore, one must wonder who he is and the context of his criticism.

Everybody has an opinion on basketball. From the fans to the players, to even people who know nothing about the sport. It is hard to argue strongly for or against Mike James’ stance.

The NBA typically has 5 positions. The point guard is responsible for passing, the shooting guard shoots most three-pointers, the power forward and small forward play the interior, and the centers are positioned right beneath the rim. This is the standard “position playstyle“. The former NBA player believes Curry does not adhere to this in the slightest.

“Steph, how he plays and how he gets stuff off, it’s just kinda one-dimensional at times. He’s not the primary ball handler a lot and for a point guard, that kinda bothers me.”

Mike James is a point guard who spent three seasons in the NBA. Moreover, he was Kevin Durant’s teammate in his final year in the league. However, being KD’s teammate does not give him all-star credentials. He averaged 8.9 points, 3.7 assists, and 2.5 rebounds during his time in the league.

Curry, on the other hand, has averaged 24.3 points, 4.6 rebounds, and 6.5 assists throughout his entire career. The numbers really speak for themselves. Moreover, the 4x NBA champion has been shooting 47% from the field, while Mike was only at 38%.

There is a huge gap between the numbers and that alone should discredit the opinion. if Mike James considers himself to be a better primary ball handler, it is shabby to shoot 38% from the field and average 9 points. Steph relies heavily on the golden state offense to get quality shots off. Due to his unreal range, he is double-teamed or even triple-teamed once he gets past half-court.

Draymond Green is the worst shooter on GSW. It makes sense to have him facilitate and get the ball to a cutting Steph for an open three-pointer or layup. Curry knows his role on his team. Therefore, he will likely not be deterred by Mike James’ comments.