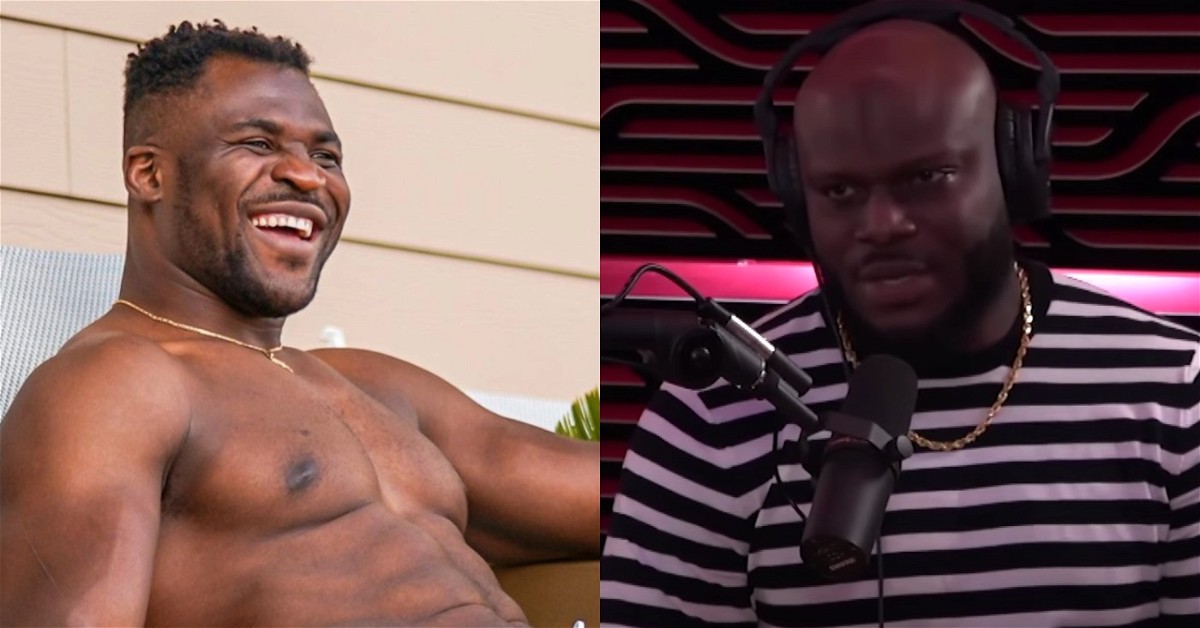 UFC 265 will commence in less than 24 hours and it features a mouth-watering main event clash between Derrick Lewis and Ciryl Gane for the interim heavyweight title. The two stalwarts will clash in a five-round contest in Houston, Texas and the winner will become the number one contender and face Francis Ngannou for the Heavyweight Title.

Ahead of the fight, the current heavyweight titleholder was asked about his thoughts for this main event fight. While speaking to TMZ Sports, Ngannou commented that, “First of all for me it’s a contender fight. There is not a interim or whatever you guys are talking about. It’s a contender fight. They are fighting for the number one spot contender and it’s not a title fight for me.”

“But I think it’s a good fight. I like the fight, I like the style. The opposite side you know. It can be a good fight you know with Ciryl Gane coming up I’ve been very excited about the run to be a champion. I know him a little bit and Lewis as well.”

Later the interviewer asked Francis whether he would prefer to fight his former teammate or avenge his loss against Derrick Lewis. The Predator indicated that “I think I would want Derrick Lewis because that’s the fight, I want to avenge that loss obviously.”

What went wrong for Francis Ngannou during his fight against Derrick Lewis?

As Francis Ngannou has mentioned to TMZ Sports that he would prefer to face Derrick Lewis to get revenge for his loss. Let’s take a look at what went wrong for the current heavyweight champion during his faceoff against The Black Beast.

The two heavyweights clashed at UFC 226 and fans had high expectations from this matchup, owing to the fact that both Francis Ngannou and Derrick Lewis possess tremendous knockout power and have never failed to entertain the fans. However, to everyone’s dismay, the two fighters did not approach the fight as they usually would.

Both fighters were throwing shots from distance and were over-cautious during the course of the entire three rounds. As a result, this bout turned into a snooze fest and fans were extremely disappointed by the end of the fight. After the end of three rounds, Derrick Lewis had landed 20 significant strikes to Francis Ngannou’s 11 strikes. Hence it was enough for the referees to award The Black Beast as the winner by unanimous decision.

Therefore the Predator’s passive approach resulted in his downfall against Lewis. Moreover, his decision to not attack Derrick Lewis from the start and even while he was down on the scorecards cost him big during the fight.

Tokyo Olympics 2020: NBA And The Basketball World Take To Twitter To Congratulate Team USA On Winning The Gold Medal