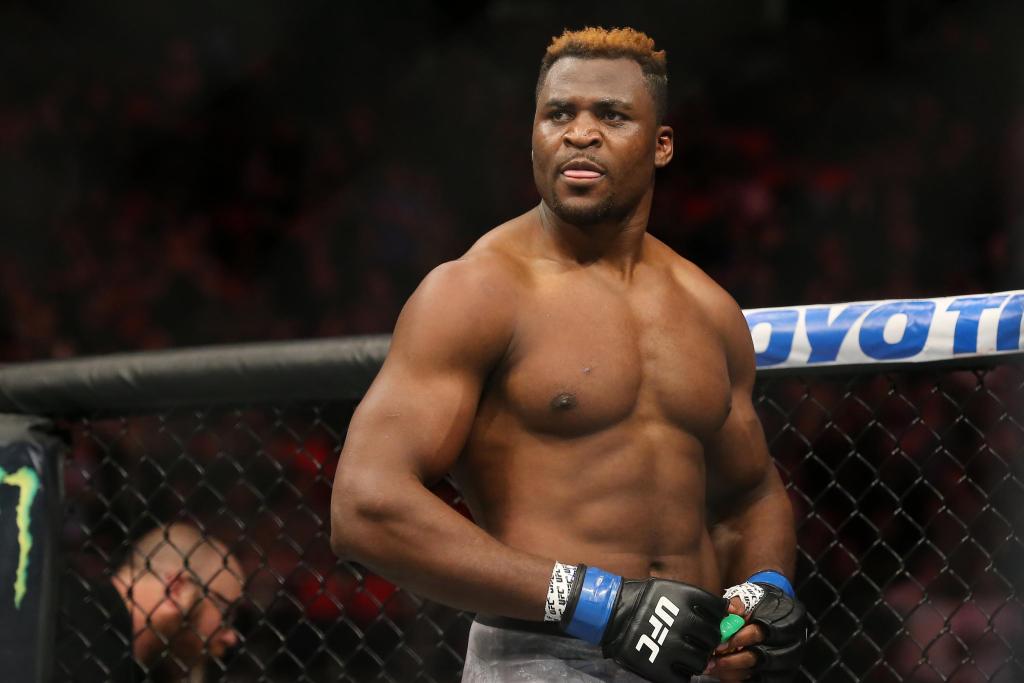 Francis Ngannou, retained his heavyweight title at UFC 270, after he displayed a dominating performance against Ciryl Gane. The former teammates settled their beef in the cage, with Ngannou being victorious.

Going into the fight, Ngannou reveals some shocking details about UFC’s legal notice, sent to his manager, Marquel Martin. As explained by the predator, he was getting ready to go to the event venue, Honda Center in Anaheim, California. Martin then received a mail where the UFC threatened him for allegedly indulging in a discussion with Nakisa Bidarian, the business partner of Jake Paul.

“I walked into the room waiting for my manager, my coach, And they were like, ‘Wow.’ I’m like, ‘What’s going on?’ They told me they just received an email from the UFC saying they’re going to sue Martin for talking with this guy, Nakisa. Yeah. I’m like, ‘Who is Nakisa?”

Nakisa Bidarian was the former  financial officer for the UFC  and now has co-founded the Most Valuable Promotions with Jake Paul. However, Ngannou says he wouldn’t recognize Bidarian if they were to come face to face.

Ngannou has been very vocal about his interest to box in the future with Tyson Fury, the two-time heavyweight champ showing interest in fighting him. Jake Paul, the YouTube sensation is also very keen on fighting some of the big names in the world of combat sports. Fighting a professional MMA fighter is not new to “the problem child” having defeated Ben Askren and Tyron Woodley in the past.

However, the heavyweight champion has not signed a new contract with the UFC where he believes that he is being “underpaid”. The UFC could not match Ngannou’s expectations as a result of which, the predator decided to leave the promotion. His drift with the UFC continues to get awful with time.

Francis Ngannou says he is down by at least $7 million

Francis Ngannou said he was offered a new $7 million contract with the UFC but he prefers his “freedom” over money.

By freedom, the predator implies on being able to box and expects the UFC to promote his potential boxing bouts. Discussing about the atmosphere in the UFC he says “You’re risking everything. There’s a lot of things. We have no insurance. Nothing. No guarantee, which I understand as an independent contractor, but treat me as such, if I am. Whether I’m going to be an employee or an independent contractor, make it very clear in the contract”.

Check out his full interview with Ariel Helwani: