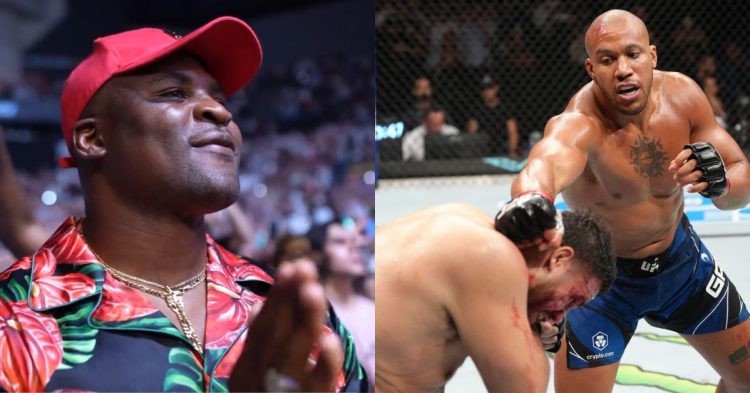 UFC was back after a one week hiatus and was filled with several mouthwatering fights that went down at the Accor arena in Paris, France. Ciryl Gane made his return inside the octagon as he headlined this event in a five round bout against Tai Tuivasa.

Leading into this bout, Bon Gamin suffered his first UFC loss to Francis Ngannou in their five round heavyweight title clash that took place in January at the UFC 270 PPV. On the other hand, Tuivasa has risen through the ranks and is currently #2 in the division.

Bam Bam was on a rampage with five straight knockout wins to his name and KO king Derrick Lewis being his last victim. Subsequently, fight fans were anticipating a war in this five round main event clash and their expectations were delivered by these two heavyweights as they engaged in a brutal fist fight.

After a slow and cautions approach in the first round by Gane and Tuivasa, things heated up in the second round as Bon Gamin peppered Tai with jabs. However, Bam Bam almost finished the fight as he dropped Ciryl twice. But the French heavyweight bounced back strongly and inflicted serious damage with the body shots.

In the third round, Ciryl Gane carried the momentum and hurt Tuivasa by attacking his body. The Aussie heavyweight showed great courage and heart and absorbed a significant amount of shots in the fight. But Gane’s striking volume proved too hot to handle as he stunned Tuivasa with a right hook and bombarded him with punches to finish the fight.

Ciryl Gane put on a great show in front of his home crowd at the packed Accor Arena as he overcame difficulties and knocked out Tai Tuivasa in the third round. After his terrific knockout win at the UFC Paris main event over Bam Bam, all eyes were on heavyweight champion Francis Ngannou who was in attendance to witness this spectacle.

Soon after Ciryl won the bout, The Predator stood up and gave a standing ovation to the French heavyweight for his win. Thereafter he appreciated Gane’s performance by giving an applause but didn’t share his thoughts on the knockout. It was a good gesture by the champion considering Bon Gamin is his rival and he demanded a title shot in the post fight interview.

Now that Gane has knocked out Tuivasa and has entered the heavyweight title race once again, it would be interesting to see what the UFC matchmakers and President Dana White have in mind for The Predator’s title defense.