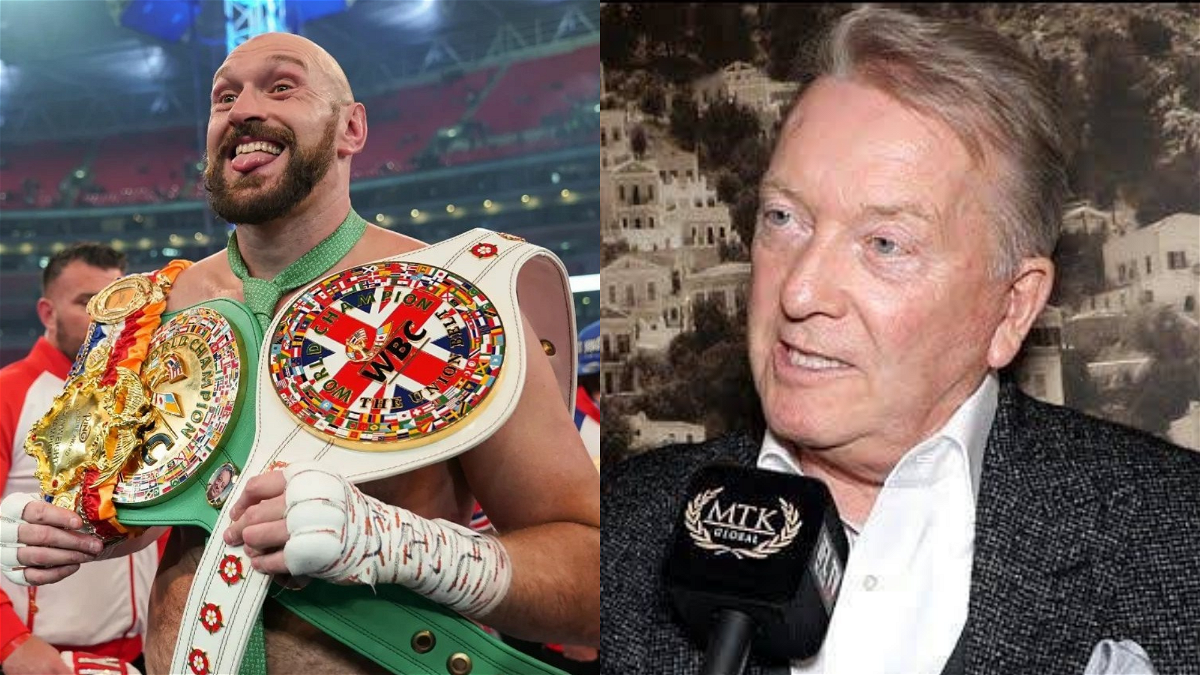 Tyson Fury stepped inside the ring to defend his WBC and lineal heavyweight titles against Dillian Whyte. It was a historic night as 94,000 fans were in attendance to witness this mouthwatering heavyweight showdown at the Wembley stadium.

Consequently, The Gypsy King put on a clinic in front of his home fans as he dominated the fight from start to finish and brutally knocked out Dillian Whyte in the sixth round to successfully defend his titles. Both the boxers started the bout slowly as they were reading each other. However, Tyson picked up the pace in the second round and controlled the bout with his superior height and reach advantage.

Thereafter the heavyweight champion proved why he is one of the best in the business as he constantly landed his jab and troubled Whyte with his movement. Things started heating up in the fourth round as both Fury and Dillian threw punches in the clinch.

Consequently, they had to be separated by the referee and the fight continued with Fury maintaining his distance and landing some good shots. In the sixth round, Fury upped the ante and pushed forward.

This reaped benefits for The Gypsy King as he landed a beautiful uppercut in the dying seconds to drop The Body Snatcher. Whyte got up before the ten counts but the referee decided it was enough and stopped the fight as Dillian looked wobbly.

Tyson Fury had declared in the build-up of this bout that this would be his last fight. Consequently, after defeating Dillian Whyte, the interviewer asked The Gypsy King whether he would continue boxing professionally.

To which Fury announced that he will hang up his boots as he had promised his wife to retire after the Wilder trilogy fight. But as he was offered an opportunity to compete in front of his home crowd, he decided to give his fans a treat.

Thereafter Frank Warren who was present inside the ring was questioned by the interviewer about Tyson’s decision to retire from the sport.

“If it is his last fight how has he gone out on such a high! Fantastic boxing and showed all the power he’s got!”@frankwarren_tv on @Tyson_Fury potentially calling time on his career. ????#FuryWhyte | BT Sport Box Office ▶️ https://t.co/b0uV32kqC3 pic.twitter.com/ZihDrFA2Eb

“If it’s gonna be the last fight it will be the last fight. That’s his decision. He’s the guy getting in the ring, and if it is his last fight how has he gone out on such a high. Fantastic boxing and showed all the power he’s got. Unbelievable performance.”

Warren also added “It’s fantastic and they all turned up for that man. I would say 99% of the people were behind Tyson. They know what he is, they know he is the best heavyweight of his generation by far.”

It was indeed a special night to remember and Tyson Fury proved why he is an all time great after he knocked out Whyte with a mesmerising upper cut.

Video: The Vicious Uppercut From Tyson Fury That Shut the Lights Off Dillian Whyte