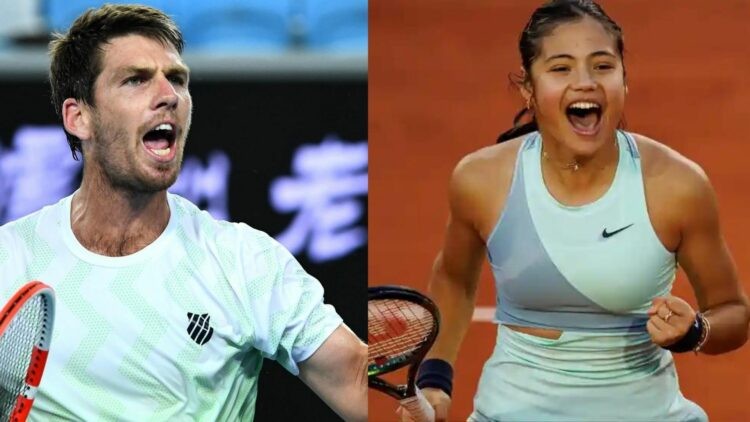 We have reached the Day 4 of the prestigious French Open title run. In today’s fixtures, Emma Radacanu surprisingly lost out to Aliaksandra Sasnovich of Belarus in a 3-6, 6-1, 6-1.

The Brit could not extend her one-set lead and her French Open debut had to, unfortunately, end in a Round 2 exit.

Emma’s exit from the French Open would mean that there are no more British Women left in the singles draw sinch both Heather Watson and Harriet Dart lost in the first round. Emma Radacanu who was 12th seeded, could not take any of the five break points which came in the third game of the deciding set.

That set went on to be crucial for turning the tide of the fixture. Sasnovich was able to hold onto her first serve after a 13-minute game broke which let her win against Emma in the round 2 fixtures.

The US Open champion has lost out in the second round of a Grand Slam title for the second time since New York last year. In her post-match interview, she stated,

“I think overall it was a really tough match from both sides, we played some good tennis and in the bigger points she was better today,”

“I definitely think it has been a positive clay-court season and looking back I’ve learned a lot of things.”

It has been a bit difficult for Emma to find her foot in her debut full season on the WTA Tour.

Cameron Norrie extends his winning streak in the French Open

Norrie showed his fine form by winning his Round 2 fixtures.

The victory over his opponent was fairly straightforward except for the end part wherein he had to push himself a bit more to win over Australia’s Jason Kudler to clinch a 6-3, 6-4, 6-3 win. Norrie is set to face Karen Khachonov for securing his fourth-round spot.

Norrie easily won his first set owing to a single break of serve and then took the final three games of the second set after a long rally against his opponent. In the post-match interview, he mentioned,

“I’m feeling good, won some matches in a row and I’m through in straight sets. I’m where I want to be,”

Cameron Norrie seems to be set to clinch his fourth-round slot in a Grand Slam for the first time in his career.