From a Small Village in Georgia to UFC, Arman Tsarukyan Talks About His Childhood and How He Got Into MMA 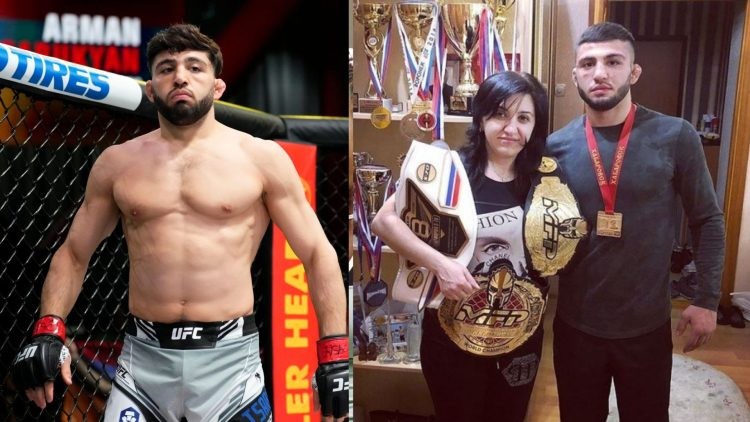 UFC Lightweight Arman Tsarukyan is currently gearing up to headline his first UFC event on Saturday, June 25th. Coming in into the fight with a five-fight winning streak, Tarukyan will face Mateusz Gamrot.

Ahead of his highly anticipated UFC headliner, Arman Tsarukyan sat down for an interview with ESPN MMA to discuss a variety of topics. During the interview, the fighter opened up about his childhood and talked about being born in Georgia and then moving to Russia at the age of three in pursuit of a better life.

“I was born in Georgia, it’s like a very small village, like 100 houses and then you know, like my father moved to Russia to make money for us and then he understood like in Russia, there are a lot of opportunities for us to be like sportsmen or study in a good school and university and then when I was three years old we moved to Russia.”

Even though Arman Tsarukyan moved out of Georgia, he mentioned how he still goes there regularly to visit his grandparents. He also talked about the struggles his father had to face. Tsarukyan mentioned how his father wanted to be a wrestler but couldn’t because of the lack of opportunities in their hometown.

How did Arman Tsarukyan get into MMA?

During the same interview with ESPN MMA, Arman Tsarukyan was asked about how he got into fighting. He answered by suggesting that sports always interested him ever since he was a kid. The UFC Lightweight opened up on how he started off with karate and football as a kid and later transitioned into playing hockey.

Arman Tsarukyan got the finish he was calling for 🔥 #UFCVegas37 pic.twitter.com/y2qVym6ZgO

He played hockey for about 9-10 years however, Tsarukyan failed to become a pro-hockey player and had to leave the sport to join his father who was a builder. But, this wasn’t something that interested him. So, he later ended up quitting his job with his father and tried his hands at MMA. Luckily for him, it turned out pretty well and he has been involved with the sport ever since.

Arman Tsarukyan has been in love with MMA ever since and has ambitions of becoming the best lightweight in the UFC. His bumpy road to success has made sure to keep him humble and it remains to be seen what lies ahead in his future.