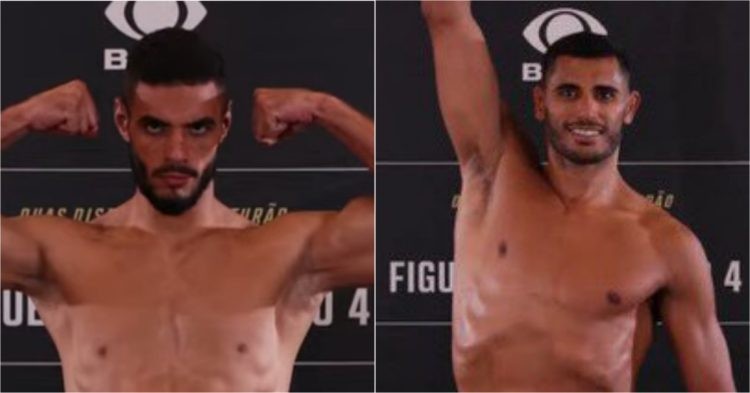 Welterweight fighters Gabriel Bonfim and Mounir Lazzez will kick off the preliminary card for UFC 283. The event will see the light heavyweight division finally crowning a champion as Glover Teixeira fights Jamahal Hill for the vacant LHW title. Fans will be really keen to see if the 43-year-old former champion can trump the 31-year-old or not.

But perhaps the most anticipated and the most excitement-inducing fight on the card will take place in the co-main event. The reigning UFC flyweight champion Deiveson Figueiredo will fight the interim champ, Brandon Moreno, to unify the belts. Although it will be the fourth encounter between the two fighters, it promises to be the most meaningful fight in the series.

But that’s not all, fans in Rio De Janeiro will get to witness one of their own competing in each of the remaining three fights on the main card as well!

Former UFC women’s flyweight champ, Jessica Andrade, will fight Lauren Murphy in one of the bouts. Exciting welterweight contenders Gilbert Burns and Neil Magny will be on the card as well. But the night will kick off with a banger of a fight between Johnny Walker and Paul Craig.

Can Bonfim win in his debut against Lazzez at UFC 283?

Gabriel Bonfim returns to the Octagon 4 months after his first-round submission win over Trey Waters at Dana White‘s Contender Series. This will be his official UFC debut and it will come on the biggest stage possible. Millions of people will tune in to ABC to witness the prelim fights. So a fantastic win here would help make a great impression on the new fans.

Judging by their record and stats, it appears that both Gabriel Bonfim and Mounir Lazzez are capable of delivering an outstanding fight. Bonfim’s grappling stats are extremely impressive. He has 13 wins in his career and all 13 came via finishes. 10 wins were via submission and he knocked 3 of his other opponents out. On top of that, the 25-year-old is unbeaten.

So he will definitely start as a favorite over Mounir Lazzez. Lazzez has 3 fights in the UFC with a record of 2-1. He beat Ange Loosa in his last fight on April 16, 2022. However, Mounir is completely opposite of Bonfim. The 35-year-old has 8 KO wins out of his 11, with 3 decision wins as well. So the general consensus is the fighter with superior grappling, always has a better chance of winning the fight.

Gabriel Bonfim has an average of landing 3.56 takedowns per 15 minutes. In comparison, Mounir lands 1.84 takedowns at the same time. While Bonfim aggressively pursues submissions, Lazzez only uses wrestling for its defensive perks. So it appears that grappling abilities will ultimately decide the fate of the fight and the stats point toward a win for the debutant.