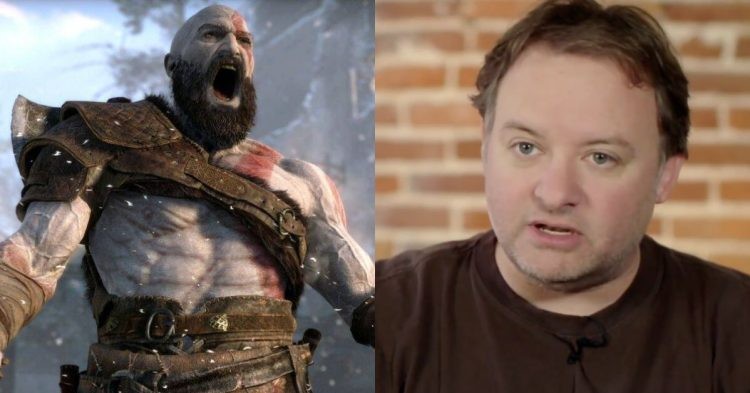 David Jaffe, the Director of God of War (Credits: Google)

Known for directing the Twisted Metal and God of War series, David Scott Jaffe is an American Game Designer born in 1971 in Birmingham, Alabama.

We know little about David’s early life since he has not spoken much about his childhood. Jaffe completed his schooling at Mountain Brook High School, a prestigious school in Alabama located in a suburb called Mountain Brook. After graduating from school, David attended the University of Southern California in Los Angeles.

David got the idea for one of his most famous creations, Twisted Metal, in 1995 when he was stuck in California traffic. As he was stuck in traffic with his friend, he thought about how it would be if his car had inbuilt guns and missiles. He pitched the idea to Sony, who liked the idea and put David on their team.

LOVE the new GOD OF WAR. But man, I sure don’t get why the puzzles are tuned like this. https://t.co/LKYj6wkhVF

In 2014 David announced Drawn to Death, a PS4 exclusive, which was produced by his own studio, ‘The Bartlet Jones Supernatural Detective Agency’. Drawn to Death received mixed reviews from the gaming community, for which he expressed his disdain.
You can see David in his live stream, ‘Gabbin’ + Games’, formerly ‘The Jaffe Stream’ which you can find on YouTube where he talks about the video game industry and world events, to name a few.

Is God of War Available to play on PC?

Even though God of War was initially released only for Sony Playstation, the 2018 version of the game simply named God of War (4), which is a direct sequel to God of War 3, was released for PC. It is available on Steam as well as Epic Games Store for $49.99.

2018’s God of War is on its way to PC, arriving for Steam in January 2022. https://t.co/PhL1MbMYLo pic.twitter.com/yHPYCjpBzR

God of War Ragnarok, the latest in the series, released on 9th November 2022, has received praise as one of the best video games of all time. IGN editor Simon Cardy described the game as “A truly special and fittingly grand conclusion of Kratos’ Norse saga”. He also added, “God of War Ragnarok delivers not only a chapter that reaches the lofty heights of its predecessor but leaves it impossible to imagine the series without it.”

God of War Ragnarok has also received praise for its vast, breathtaking landscape, ferocious combat, and elegant storytelling. It is exclusively available for the Playstation 4 and 5 and is priced at $60.