George Kambosos Jr. Confirms He Will Exercise His Rematch Clause Against Devin Haney 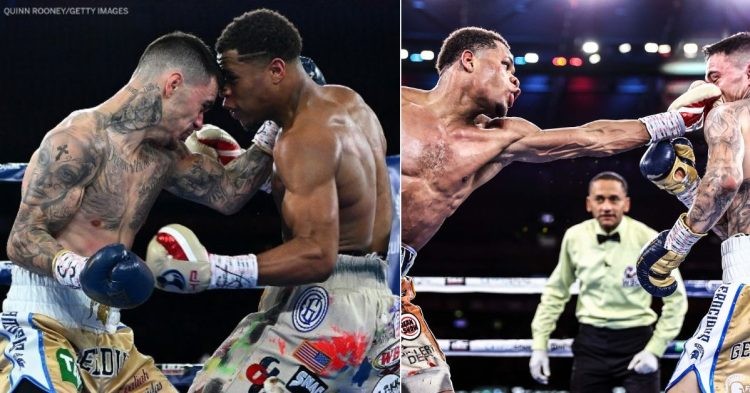 Devin Haney is the new and the first undisputed lightweight champion of the world in the modern four-belt era as he picked up a comfortable unanimous decision victory over George Kambosos Jr. inside Marvel Stadium in Melbourne, Australia.

The American boxer proved to be too much for Kambosos, who looked clueless in the face of Haney’s incredible defense, elusive footwork, and the jab that proved to be the main weapon against the Australian boxer.

While Kambosos looked quite confident of a victory over Haney, he did not make the same mistake as Teofimo Lopez and had a rematch clause attached to the bout. Needless to say, when questioned whether he would exercise the clause to get another shot at the undisputed gold, Kambosos confirmed that he expects Haney to return the favor and is looking to face him again later this year.

“If it makes sense, the people want to see it, the network wants it. Then of course I will do it again. If not, then, I will fight whoever. I am not ducking or dodging nobody.” Haney responded.

Will there be a rematch between Devin Haney and George Kambosos Jr.?

It won’t be wrong to say that Devin Haney looked quite dominant against Kambosos, which raises the question of whether or not boxing fans will be excited to see both of them share the ring once again.

Moreover, a fair share of criticism was thrown at both the boxers for not stepping up and entertaining the second-highest attendance for a boxing event in Australia. Kambosos’ antics in the lead-up to the fight could also work against him, and missing weight in the first attempt could really stir things up for the Australian boxer, who might find it difficult to get the fans behind him.

Meanwhile, with the likes of Gervonta Davis, Ryan Garcia, Teofimo Lopez, and Vasyl Lomachenko waiting around the corner, it goes without saying that there are many more exciting match-ups to be made.

Only time will tell if we will get to see a rematch, but as it stands, we don’t see how the result could be any different looking at the performances from both the boxers tonight.