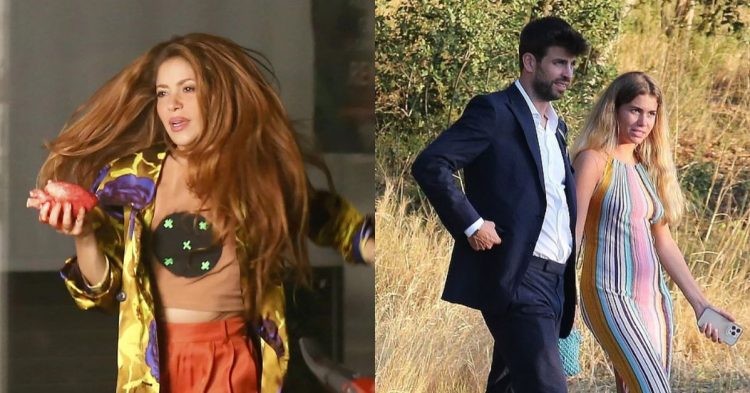 Gerard Pique announced his retirement earlier this month. The Barcelona defender has put himself amongst the biggest names in world football with his illustrious career. Towards the end of his career, his life off the field has come into the spotlight much more than he would have liked.

One of the most decorated footballers of all-time, Gerard Piqué, announces his retirement from football. pic.twitter.com/w1pNj4M8OJ

Shakira and Pique have also recently settled a 12-hour-long custodial battle for their children. The Colombian singer will take her children Sasha and Milan Pique Mebarak to Miami. They will leave after Christmas, in early 2023. In an apparent dig at Shakira, Pique has said he feels younger with his current girlfriend Clara Chia Marti.

What’s the age difference between Shakira and Gerard Pique?

When the two started dating in 2010, Shakira was 33 and Pique was just 23. The two had an age gap of ten years, which Pique has made a dig at. According to MARCA, the defender had told a source close to him, “I feel younger,” as he is now dating Clara Chia Marti, someone much younger than him.

Pique and Shakira had reportedly started dating in 2010, but confirmed their relationship in 2011. They had been together for just over a decade. They also have two children, Sasha and Milan. Pique has been given the right to visit his children whenever he wants to. Clara Chia Marti and Pique will also move into Shakira’s former home in Barcelona.

Pique’s new girlfriend is a 23-year-old PR student Clara Chia Marti. She reportedly used to work in Pique’s company Kosmos. The age gap between Clara Chia and Pique is around 12 years. This is more than Shakira and Pique’s age gap. This was the apparent comment that Pique had made to his source. While dating Clara, he “feels younger.”

Gerard Pique is now all set to move into his old home with Shakira in Barcelona. Shakira will move to Miami to one of her two mansions there, while Clara Chia moves into her old home. With Shakira now finally moving away from Spain, Pique can finally take his personal life away from the media spotlight.