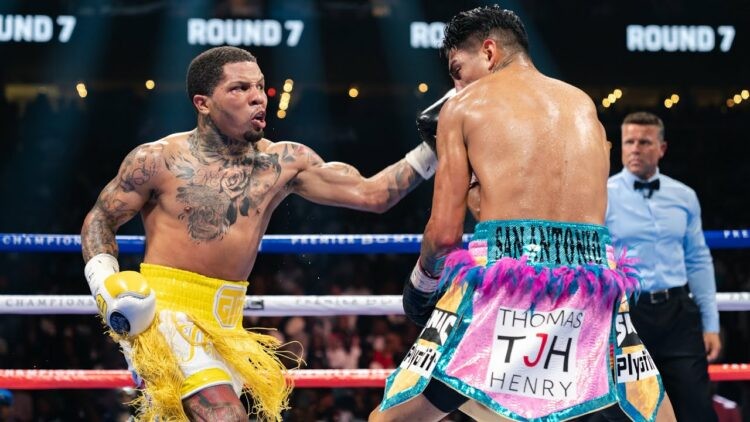 Gervonta Davis and Rolando Romero will step inside the squared circle to battle out their long-overdue clash tonight, May 28 at Barclays Center in Brooklyn, New York.

The five-time champion Davis will defend his WBA lightweight title against Romero and put an end to the discussion of their long-existing differences.

The event was originally booked for December which was later called off after Romero was pulled out of the fight due to sexual assault allegations.

While Romero was battling the charges put on him, Gervonta Davis went about to win the fight against Isaac Cruz. Davis defeated Cruz by a unanimous decision.

With Romero clear of the legal charges now, the highly anticipated match between the two is making headlines again.

Davis has already established his name in boxing as one of the fastest-growing stars with a spectacular 26-0-0 record. Romero(14-0-0), on the other hand, is still on the hunt for a big win to make his name stand out in the crowd.

It will be interesting to see if the match tonight will give Romero his big break, or Davis will continue to rule as the reigning champion, with his name only getting bigger.

Who will be the last man standing on Saturday night 🤔

When and where is Davis vs Romero taking place?

The fight between Gervonta Davis and Rolando Romero takes place tonight, Saturday, May 28 at Barclays Center in Brooklyn, New York.

At what time does Davis vs Romero start?

The Davis vs Romero fight is scheduled to start at 11 p.m. ET in the US and Canada and 4 a.m. in UK.

Where to stream Davis Vs Romero live?

US fans can stream Davis vs Romero live on showtime and PPV. Fans can also watch it through major cable and satellite systems like DirecTV, Cox, and more.

In the UK and elsewhere in Europe, Davis vs Romero fight is available to stream online on FITE TV.

Who do you think wins this exciting matchup?