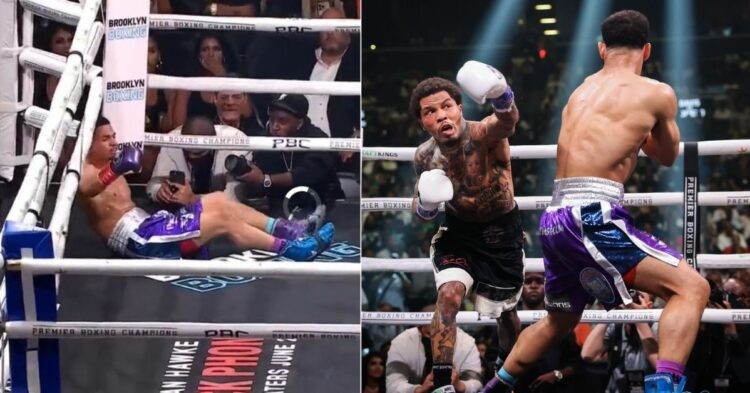 In what was a heated buildup to the fight, it all came to a close with Gervonta Tank Davis getting the last laugh. With the victory, Davis extended his undefeated streak to 27-0. Meanwhile, Romero (14-1) suffered the first loss of his professional boxing career.

Rolando Romero and Gervonta Davis started really slow, with both the boxers using the first round for the feeling-out process. There were no significant punches exchanged, but Romero did connect a right hand at the closing moments of the first round.

Davis could be seen screaming at Romero, a jibe at the latter’s claim of knocking him out in the first round. Going into the second, both the boxers had their moments. Romero landed a couple of clean shots on Davis, sending him down on the ground after an exchange during the clinch. However, the replay showed it was a push more than a knockdown.

Fifth-round saw Davis gain a huge momentum as he connected two big left hands that almost dropped Romero. However, at one point it looked like Davis hurt his left hand as he left out a grimace in pain as Romero pounced on the Champion. Replay showed nothing significant, as Davis walked into the sixth round using the left hand which would eventually turn out to be the shot to put Rolando Romero down.

Scorecards at the time of the stoppage:

As many expected, it was a vicious left counter that sent Rolando Romero on the canvas. Davis’ power was once again on display as he connected a brutal left, leaving no doubts about his boxing prowess. Never knocked down, never defeated, Rolando Romero succumbed to his first as Gervonta Davis picked up the TKO victory to retain his WBA (Regular) lightweight championship.

Following the fight, Davis compared the TKO win to Juan Manuel Marquez’s KO win over Manny Pacquiao. Tank revealed that he didn’t throw a power punch but manny just walked onto it, akin to what happened between Marquez and Pacquiao back in 2012.

Did the Davis TKO remind you of Juan Manuel Marquez’s incredible KO win over the legendary Manny Pacquiao? Do let us know in the comments section.
Tags: BoxingGervonta DavisRolando Romero
Previous Post