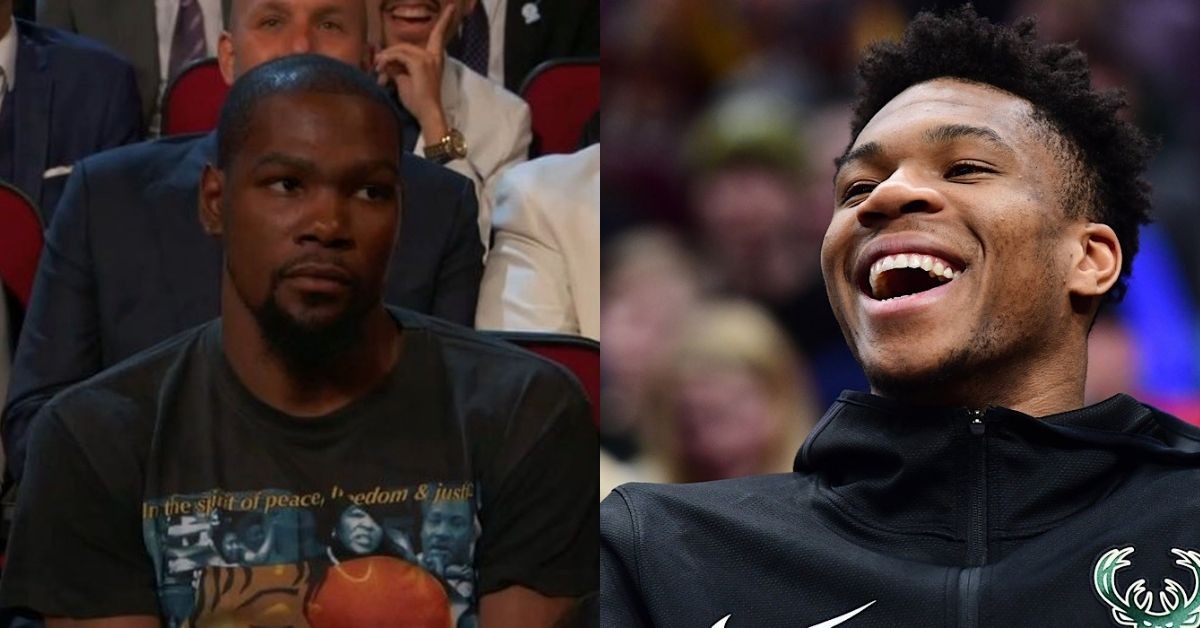 Kevin Durant and Giannis Antetokounmpo are two skilled big men of this generation. They play very differently. KD is more of a jump shot and fade away expert, while the Greek Freak is a freight train going to the rim.

Their playstyles are not the only aspects that differ amongst them. Durant and Giannis have very different personalities. Antetokounmpo is light-hearted and funny, while KD is more serious and closed up.

Therefore, it was amusing to see KD react to Giannis making one of his many jokes. The Greek Freak has shown off his humor in postgame interviews. However, what does it take to make KD respond?.

KD has always been known for his salty reactions to jokes. However, in his defense, most of those jokes were against him. Those are clearly not easy to laugh at.

Giannis posted an Instagram reel in which he narrated the joke. KD responded to it with “That was funny“. Needless to say, that is a lot coming from Durant, as he is not the jovial type.

The exact video unfolded like this. Giannis asked the cameraman to help him remember a Disney show, with a “blondie“. He replied. ” If you take Hannah Montana and put her in France, what you have?… French Montana“.

The Greek Freak then burst into laughter at his own joke and started running away from the camera. He left deciding whether it was actually funny to the audience.

Kevin Durant clearly found this funny. Therefore, he commented on it soon after it was posted.

Perhaps this is the best time they can interact with each other. It has been a disappointing season for both of them and they could use a good laugh. However, perhaps Giannis will have to improve his jokes, to get more of Kevin Durant’s rare appreciation.