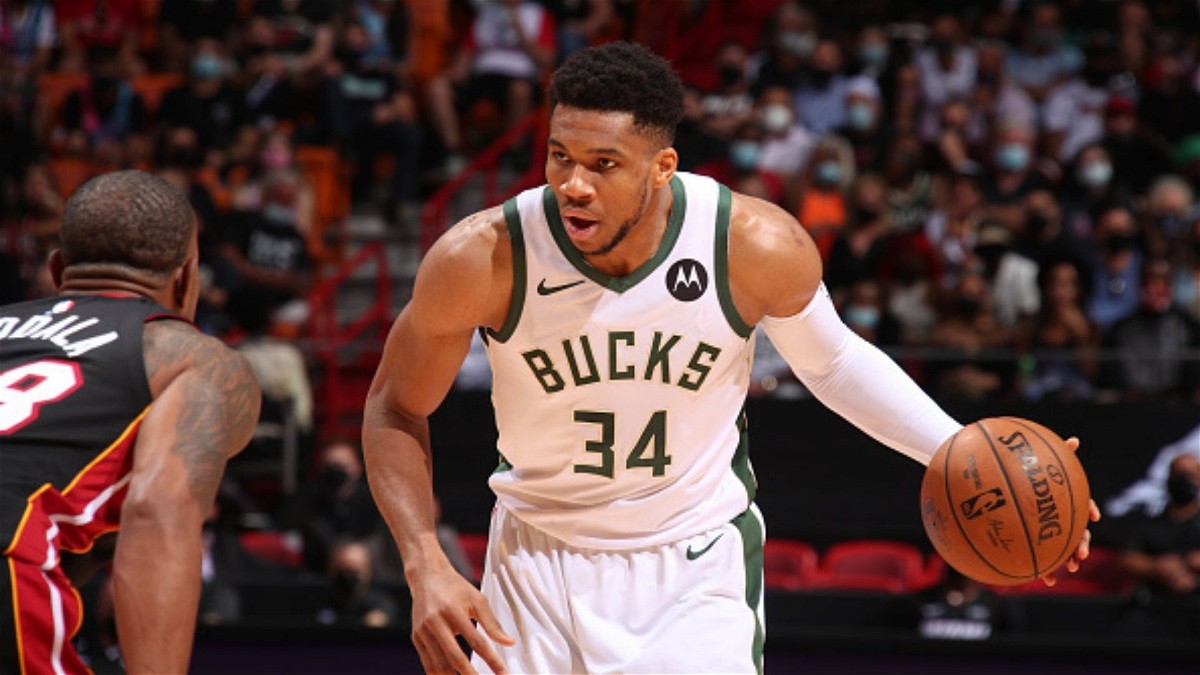 The first-round matchup between the Milwaukee Bucks and the Miami Heat has been the most one-sided series in the playoffs. The Bucks squad led by Giannis Antetokounmpo dominated in the first 3 games of the series. They took an early 3-0 lead on the eastern conference defending champions, who looked nothing like the team that dominated in the bubble last season. The Bucks headed into game 4 hoping to close the series, while Miami faced the pressure of win or be eliminated.

Game 4 was arguably the most competitive game in this series. The Miami home crowd rallied its team to keep up with the Bucks in the first half of the game. Despite a valiant performance from the Heat, the Greek freak elevated his game to a higher level in the second half of the game. One that he was unable to achieve in the previous seasons.

Giannis was defended closely by the Heat. He managed to assist and rebound the ball and recorded a dominant stat line of 20 PTS 12 RBD 15 AST. Giannis doing so became only the third Buck in NBA history to record a triple-double in the playoffs   Khris Middleton scored 20 PTS, 11 RBD, 3 AST. Lopez scored 25 PTS, 8 RBDS with Bryn Forbes contributed 22 points as well. The Bucks sweep the Heat and move onto the second round. They will face the winner of the Nets – Celtics series.

As the Game entered the 4th quarter the Bucks extended the lead to 101-90 with 8: 58 remaining in the 4th quarter when Goran Dragic and Khris Middleton fell to the ground as a rebound. Dragic got up and attempted to shove into the ground as they both tried to get up. Despite this act of Frustration by Miami, The Bucks proceeded to score the next basket off an offensive rebound by PJ tucker, and Brook Lopez’s layup in the paint increasing the Bucks’s lead to 14.

The Heat attempted a comeback by cutting the Bucks lead to 9 with 5 min remaining. However, Giannis came through in the clutch with two quick Buckets. By doing so increasing the lead to double digits going into the final minutes of the game. Giannis scored a monster dunk with a 1;40 sealing the deal with a 17 point lead in the 4th quarter. Jimmy looked like a shadow of himself as he was unable to score most of his shots in the 4th quarter. He ended the game with a quiet triple-double of 12 PTS 10 RBD, 10 AST.