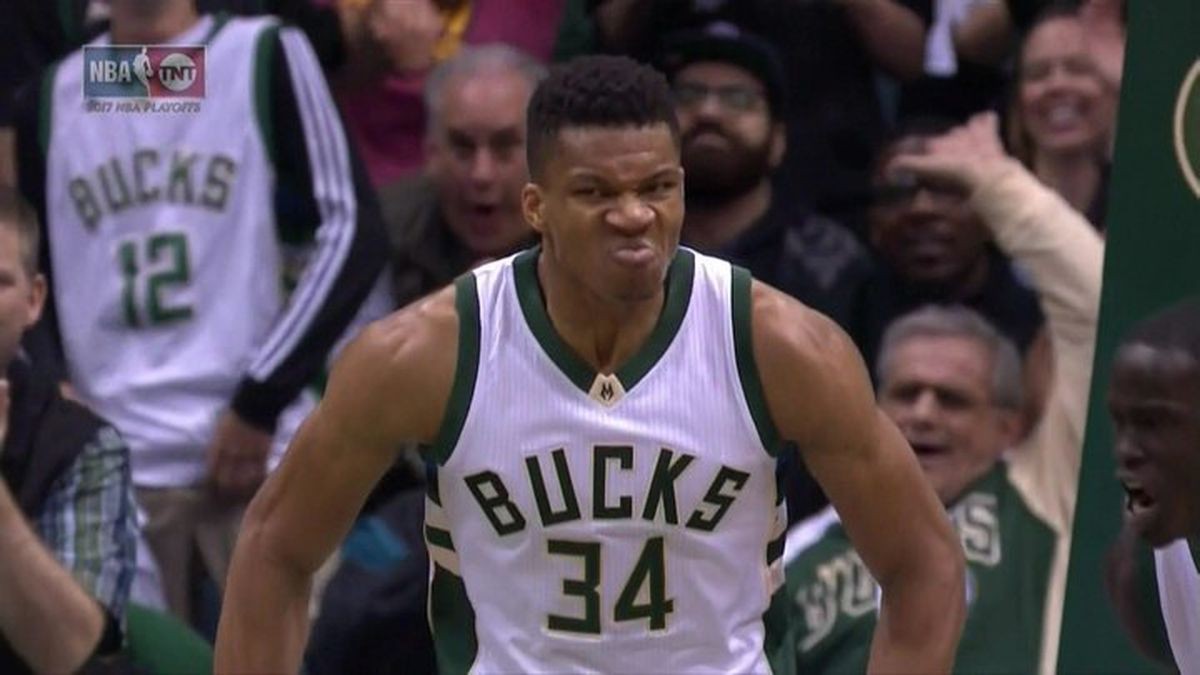 Giannis Antetokounmpo is one of the scariest guys on the court. He can absolutely destroy a career with a monster dunk or block. However, when someone looks at Giannis, the two time NBA MVP looks innocent, like a little boy. Giannis Antetokounmpo is also an extremely funny person and has a nature of a goof. The 2021 NBA Finals MVP had to make sure that with his scary plays came a scary face so he took inspiration from a basketball legend, Russell Westbrook.

In his rookie year, Giannis Antetokounmpo looked like someone who could be blown away with the slightest gush of wind. Over the years, the Milwaukee Bucks star has transformed himself and even improved his game. He is now a two time NBA MVP, an NBA Champion and an NBA Finals MVP.

He is also the youngest player to win an NBA Title since Kawhi Leonard in 2014. However, Giannis Antetokounmpo wanted his competitors to be afraid of him and respect him. He decided to up his game by stealing a very famous expression from Russell Westbrook. 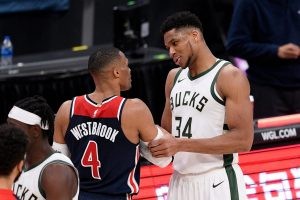 Giannis Antetokounmpo is in awe of the way Russell Westbrook carries himself on and off-court. He admired Russ for his speed, demeanour and mainly his mean mug face. The Greek freak noticed the face and decided that this was something he would add to himself while he transformed from a small puny kid to a beast. He felt it would ass fear in the eyes of his opponents.

The then vice president of the Milwaukee Bucks, Skip Robinson spoke about how Giannis had to really practice getting the mean mug right because at heart Giannis is a loveable fun gentleman.

He had to practice it because he’s not that guy

What Skip said is true. The NBA Champion wins the title and is seen having the cutest moments in the post-match conferences. In one instance, Giannis is seen talking to his MVP trophy and the NBA Champions Trophy, telling one not to be jealous of the other.

He dropped 50 points in game six and decided to drive through Chic-Fil-a to order a 50 piece nuggets box. Giannis might have mastered the mean mug and looks like destruction on the court, but off-court Giannis will always remain a goof.