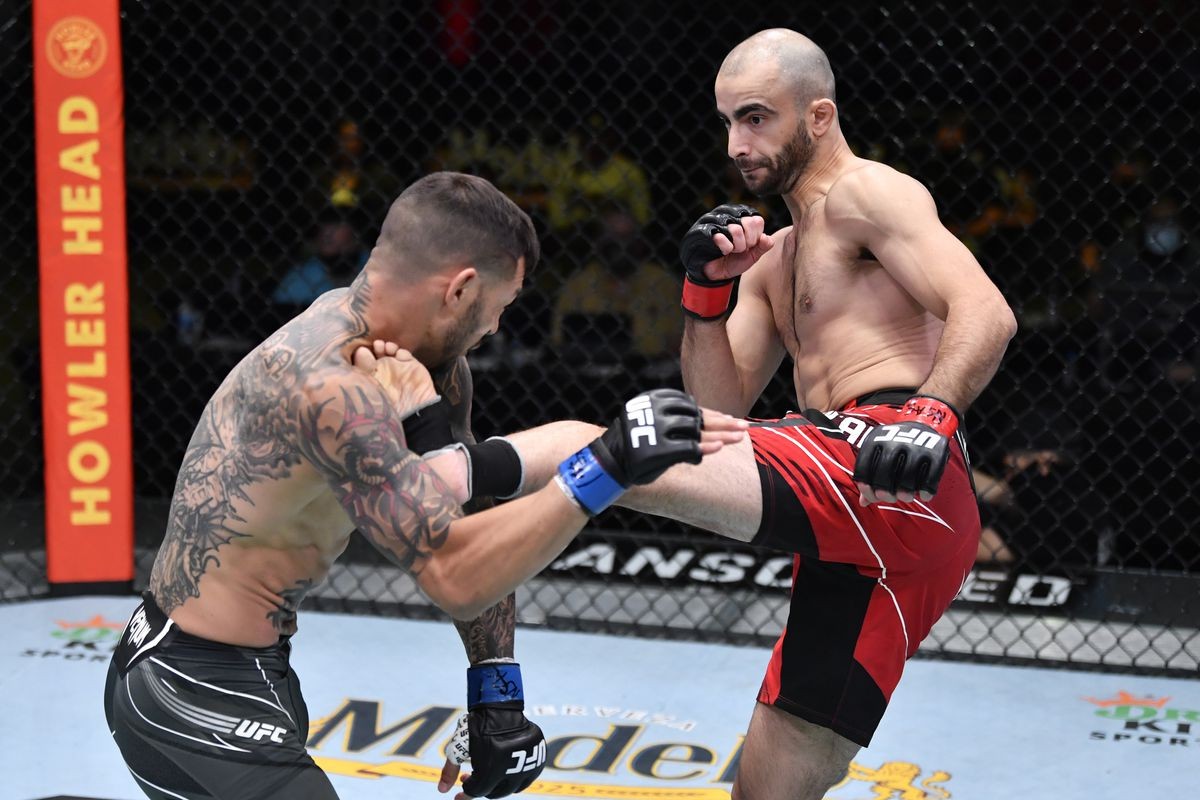 Fight fans were eagerly waiting for the return of TJ Dillashaw, however, the former bantamweight contender had to pull out of the fight after suffering an ugly bruise on the top of his eye during sparring ahead of the bout. Dillashaw has pulled out of the bout, the UFC Vegas 26 remains without an official main-event. Be that as it may, in what is exciting news for fight fans, Giga Chikadze has offered to headline the next week’s event after his vicious stoppage win over MMA veteran Cub Swanson at UFC Vegas 25. 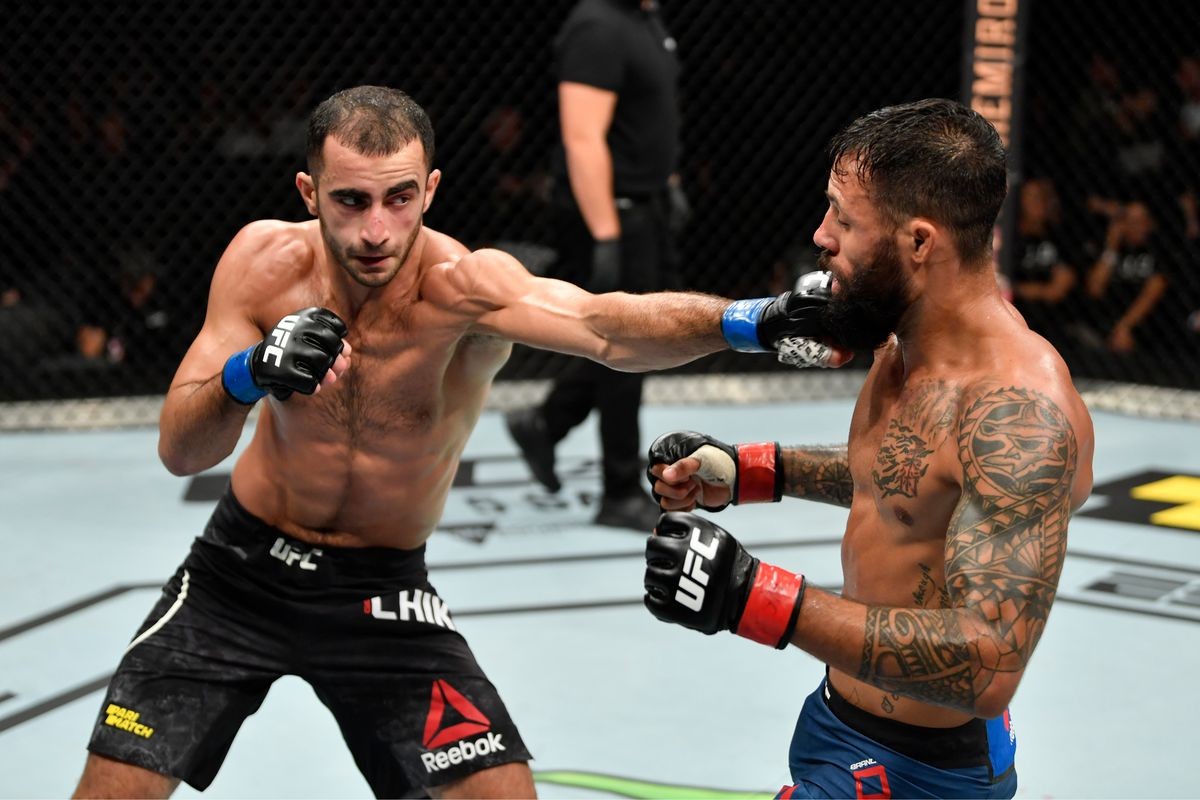 Giga Chikadze finished Swanson with a brutal liver kick, with the referee calling a stop to the bout after several unanswered shots from the legendary featherweight. With the win, Chikadze registered his sixth straight win inside the UFC Octagon, setting himself up for a top-5 opponent next.

Chikadze appeared in the post-fight press conference and shared his thoughts on what’s next for him after a notable win over Swanson. Needless to say, the warrior that he is, Chikadze offered to step up on six days’ notice to headline next weekend’s main event.

What’s next for Giga Chikadze?

Giga Chikadze called out Yair Rodriguez after his win over Swanson and expressed his interest in fighting the Mexican fighter. Yair has not fought since his decision to win over Jeremy Stephens and has been waiting for a perfect opponent to seal his title berth. Needless to say, Chikadze on a six-fight win-streak is a credible opponent, and could well be the #1 contender’s fight for the UFC’s featherweight division. 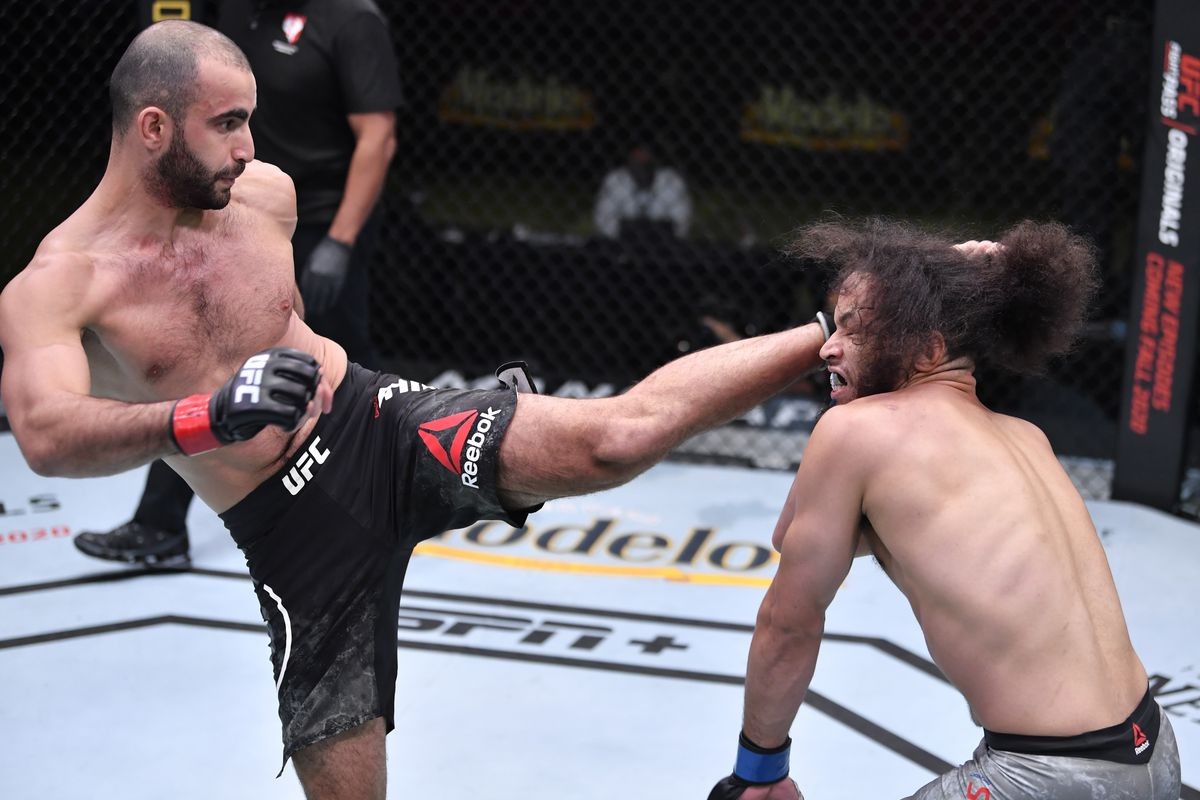 It won’t be wrong to say that Max Holloway is also an exciting match-up, and one that can raise Giga’s stock to a whole different level should he triumph over the former featherweight champion. While the likelihood of Giga competing next weekend is pretty slim, there’s no knowing considering UFC’s recent booking strategies.

With a comfortable win over Swanson in the first round, and without taking any significant damage, Chikadze is ready to bounce back. However, a lot will depend on the availability of the opponent.

It’s ON! Jan Blachowicz Calls Out Jiri Prochazka After His Vicious Knockout Over Dominick Reyes