After a 4 week hiatus, UFC brings back the action with a featherweight main event between Calvin Kattar and Giga Chikadze. And what a fight it was.

The top-ranked featherweights went to war in the main event of UFC Vegas 46 and entertained the crowd in the first even of the year.

Though the fight was competitive it’s fair to say that Calvin Kattar dominated Giga Chikadze. He pressured Chikadze for the entire five rounds and eliminated the threats Chikadze brings to the table with his leg kicks.

Kattar even mixed things up with his wrestling and shattered the game plan of Chikadze, which was to hurt Kattar with his leg kicks. Besides that, Kattar’s boxing after he closed the distance against Chikadze was certainly effective and won him the fight.

Kattar was landing devastating spinning elbows throughout the fight. Even though Chikadze was not far away in terms of the significant strikes landed in some of the rounds, Kattar was definitely landing the bigger shots.

Giga Chikadze was tested like never before and faced a lot of adversities in the fight against Calvin Kattar. He took a lot of damage that can make a huge impact on his UFC career going forward. After the fight ended, Chikadze had a lot of injuries on his face thanks to the punishments taken throughout the five rounds. In the post fight interview, UFC president, Dana White stated that both Kattar and Chikadze were sent to hospital after the fight for safety precautions.

A comparison between how Chikadze looked before the fight and after the five-round war against Kattar will certainly make the fans appreciate both the fighters involved in tonight’s main event. 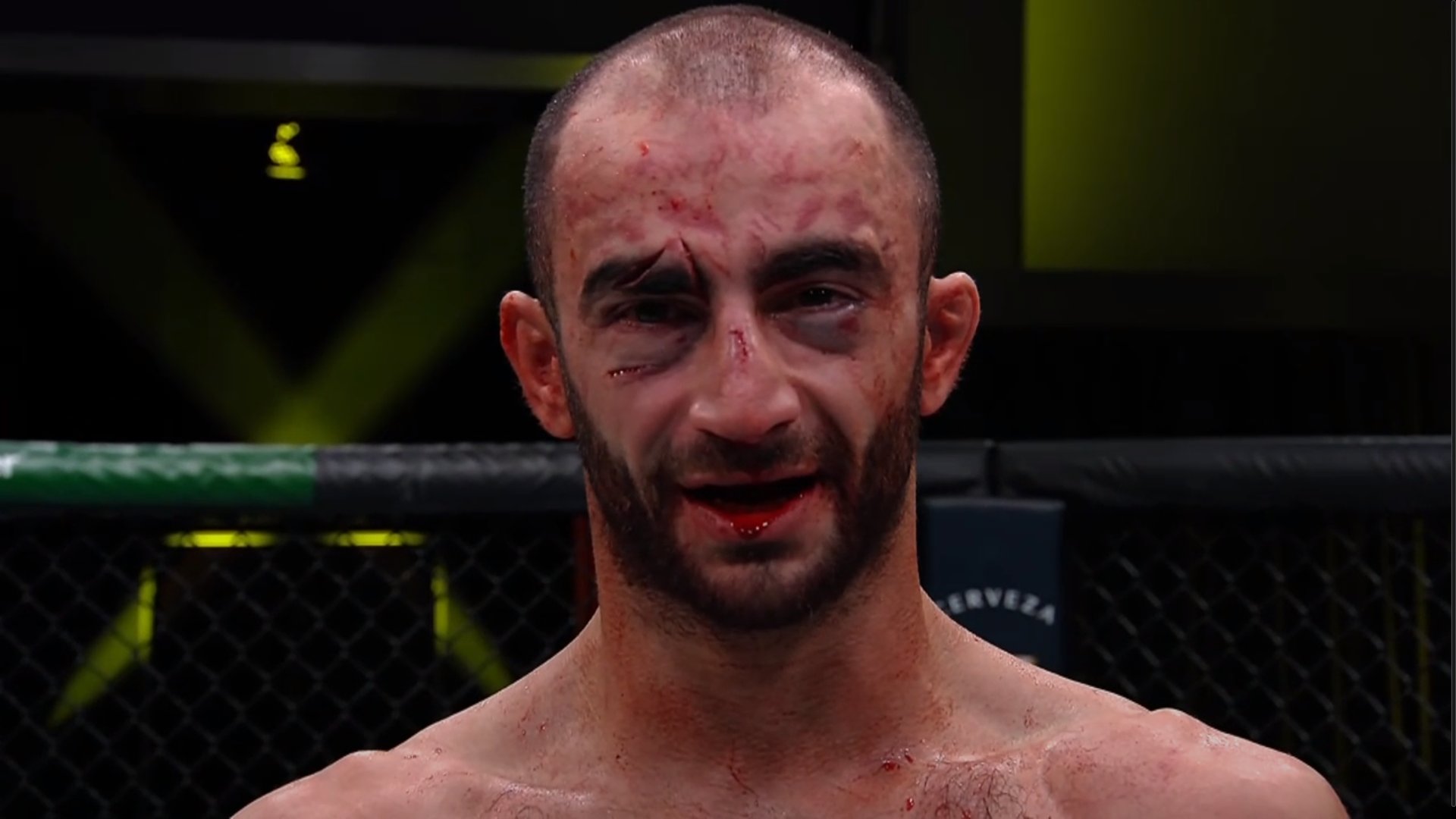 Not so long ago, Calvin Kattar was in a very similar position after his loss to Max Holloway. However, he took his time, improved his game, and got right back into the mix with a win over Giga Chikadze.

And that’s what Chikadze needs to do after a devastating loss at UFC Vegas 46. He needs to take his time and heal up before jumping back into the octagon. Chikadze’s game plan certainly changed a lot after the first takedown from Calvin Kattar. And the lack of leg kicks made Chikadze less of a threat inside the octagon.

It’s needless to say that Chikadze can get back into the title picture with a couple of wins. However, the damage he has taken in this fight can have a huge impact on his UFC career.