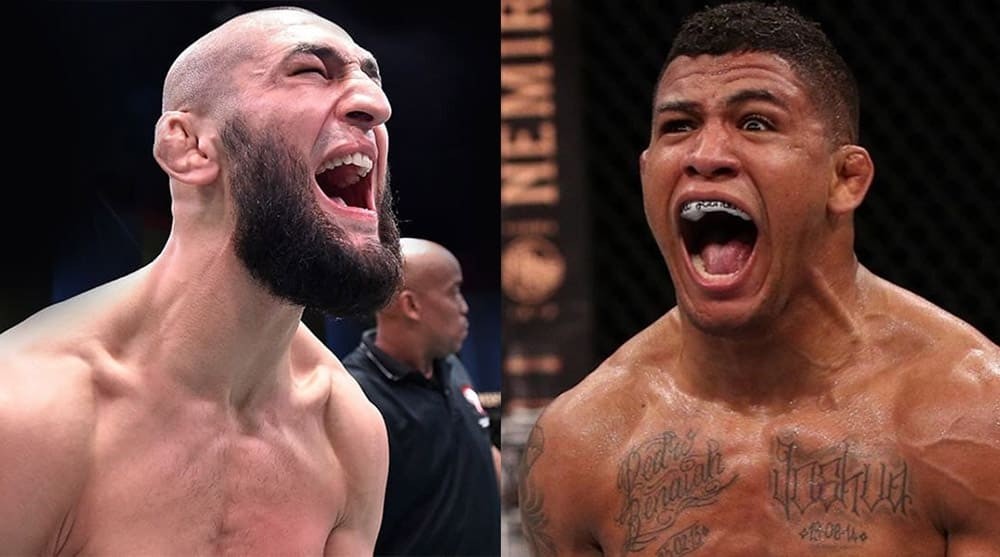 Gilbert Burns will face Khamzat Chimaev next week at UFC 273. As Burns attempts to become the first fighter in UFC to derail the hype train of Chimaev, he dropped some bombs about his training.

In a recent interview, he was asked if he worries about the big size of Chimaev. The Brazilian then replied:

“…as big as you are, Merry Christmas brother, you gotta cut more weight than me, you know?”

Burns acknowledged that Khamzat is indeed a very big contender for a Welterweight and that could be big trouble for his weight cut. Because since he is so big, he’ll have to cut a lot of weight, and that can affect his performance. Burns has been in that situation when he was in the Lightweight division and that’s why he moved up to the Welterweight division.

“I used to cut a lot of weight and that’s not funny, sometimes that hurts your performance. He’s very big yeah I know, I was very big at Lightweight too, that’s why I came up” Burns added.

The unstoppable Swede, Chimaev has risen to stardom in the blink of an eye. As daunting as it sounds, he’s 4-0 in the UFC (10-0 overall) and got hit less than 5 times in his entire UFC career.

Upon asking about his training ahead of his big fight this weekend, Burns stated that most of the guys he spars with are bigger than him, some of them are Middleweights. But then he dropped the bomb that he has been training with the Welterweight kingpin, Kamaru Usman, too.

Of course, Kamaru and Gilbert were good friends and training partners at Sanford MMA, Tennessee, but as “the Nigerian Nightmare” was booked to defend his title against Burns, he left to go train under Trevor Wittman.

In that same interview, Burns dropped the ‘Rocky’ movie analogy about his relationship with Usman.

“Apollo beat Rocky and came out to help out so yeah that’s kind of like being in it!”, Burns said.

Interestingly, if the Brazilian wins at UFC 273, he will surely earn a second title shot against Usman. Yet, Burns says the two remain friends and they know their fight is all business as he doesn’t even view it as fighting.

The Brazilian will do the impossible if he beats Chimaev, being a sizeable underdog. Meanwhile, the Kamaru Usman is expected to face Leon Edwards in July.