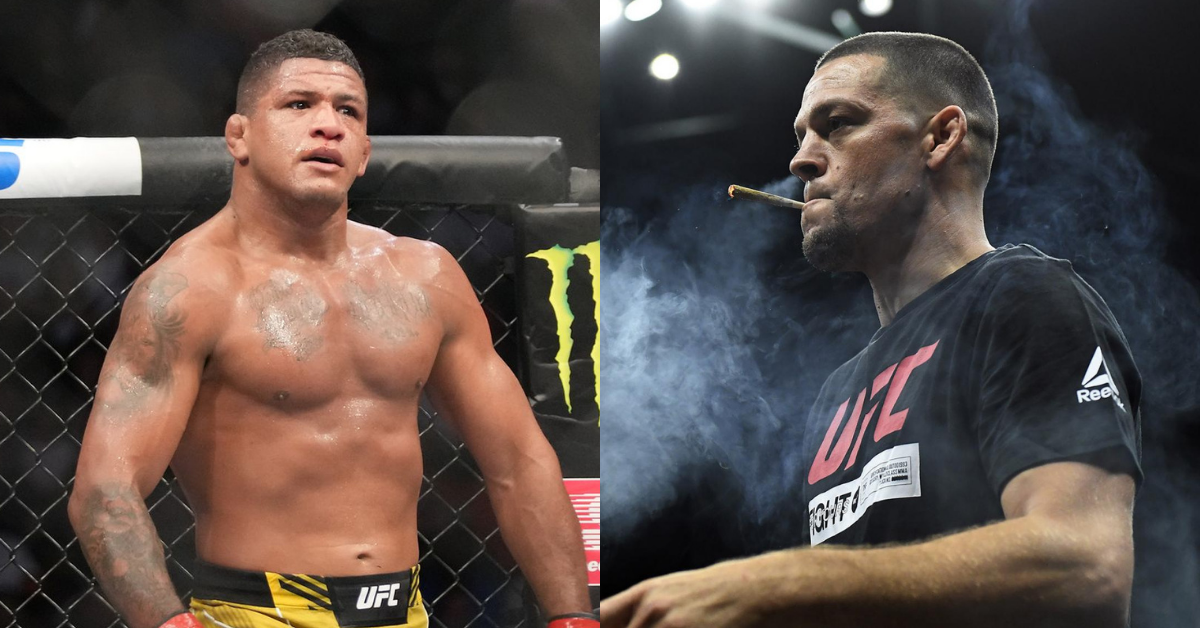 It seems like Gilbert Burns is still not done with Nate Diaz after Diaz tweeted against Burns in reaction to UFC going ahead with Burns vs Usman for the UFC Welterweight championship late last month. While, Burns had to opt out after testing positive for coronavirus, he still remains motivated to fight for the title belt next. However, another thing that hasn’t left Burns’ mind is to fight Nate Diaz. Burns has called out Nate Diaz on numerous occasion in the past. He even went on to challenge Diaz on twitter to tp up and take the fight, while trashing him for a poor MMA record. Burns took to twitter and fired down on Diaz, criticizing him of capitalizing on McGregor’s popularity to sell his fights.

Diaz took to twitter to congratulate Rose Namajunas, and Max Holloway, while subtly appreciating Jorge Masvidal for taking the fight. While the use of the word “real fighters” may have been for a different reason, it certainly did not go down well with Gilbert Burns, who took to twitter to rain down on Nate Diaz once again.

Gilbert Burns has opened the idea of fighting Nate Diaz on numerous occasion. He has been persistent in his verbal exchange against Diaz, and called him a “journeyman,” who “smoke(s) all day and talk(s) shit on twitter.”

In a recent tweet by Gilbert Burns, he credited fighters who continue to remain active inside the octagon, and discredited Diaz for his long lay-offs.

Again, love these guys asking to stay active #realfighters so much respect! This is real! This is being real fighter not this journeyman that smoke all day and talk shit on twitter! 🤷🏾‍♂️ #UFCFightIsland2

In what was a clear reply to Diaz’s use of the word “real fighters,’ Burns responded by subtly targeting the Stockton Slugger. Burns’ tweet read, “Again, love these guys asking to stay active #realfighters so much respect! This is real! This is being real fighter not this journeyman that smoke all day and talk shit on twitter!” Burns also cleared the air as he responded to a fan, confirming he was indeed targeting Nate Diaz.

As of right now, UFC hasn’t confirmed Burns’ next fight. Diaz remains without an opponent. However, if UFC President Dana White is to be believed, Diaz is likely to make a return soon to the octagon. It’s till unclear who he will face next, but an array of options remains open Nate Diaz going forward.