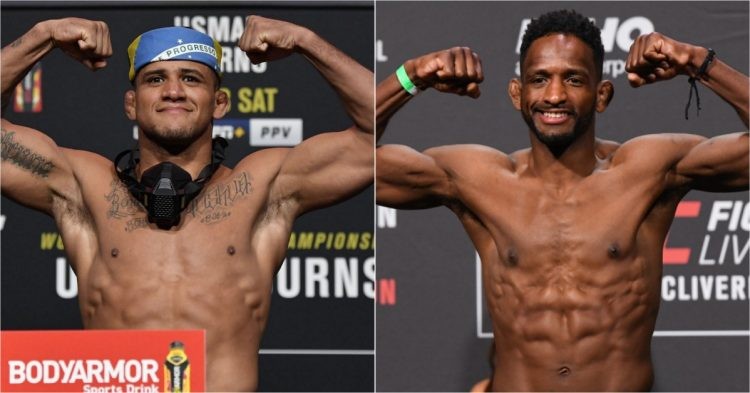 UFC will hold its first PPV for 2023 with an exciting card in Brazil. In the main event, former light heavyweight champ Glover Teixeira will look to regain his belt against Jamahal Hill. The belt is still vacant after the dud in the UFC 282 main event. Deivenson Figueiredo will defend his title against arch-rival Brandon Moreno in the co-main event. The card will also feature an exciting welterweight bout between Gilbert Burns and Neil Magny.

Gilbert Burns is a former UFC welterweight title contender. Nowadays it is even hard to imagine that Burns ever competed in the lightweight division. Since his much-needed move up the weight class, Burns has wins over the likes of Stephen Thompson, Tyron Woodley, and Demian Maia. He had his moments against both Kamaru Usman and Khamzat Chimaev as well!

On top of the amazing power behind his punches, Gilbert is perhaps the best BJJ artist in the division. However, he will be fighting Neil Magny at the upcoming PPV. Magny holds the most amount of wins in the UFC’s welterweight division. One can never count him out as Magny is capable of finding ways to win fights. In his last bout, Neil submitted Daniel Rodriguez.

Although Gilbert is in the Top 5, Neil Magny is ranked outside the top 10 in the promotion. So fighting The Haitian Sensation is a massive risk for Burns who may lose his rank with a loss. However, with Jorge Masvidal reportedly turning down the fight, Burns had no other option left. Regardless, it is an excellent contest. So who wins it? Let’s find out!

Can Magny cause an upset against Burns at UFC 283?

Neil Magny has 28 fights in the UFC and has many wins over good fighters like Robbie Lawler, Li Jingliang, and Carlos Condit. At the age of 35, Magny has been in the UFC for a long time and has never asked for an easy matchup. He has perhaps the biggest challenge of his career coming up against Burns. Gilbert is in his prime and is aiming for a title. Hence, it is going to be a dangerous match-up for Neil.

Magny has 7 KO wins and 4 submission victories under his belt. Neil averages 2.43 takedowns per fight. However, he may not opt for it against Gilbert Burns, who will pounce on the first opportunity of a submission. Gilbert, on the other hand, averages 2.00 takedowns per fight and has 8 submission wins in his career. But Neil’s long limbs may pose a problem for Burns in terms of securing takedowns.

But, Durinho has an obscene amount of power in his hands and can easily score a KO win. Hence, Gilbert’s grappling abilities are important in this fight. The threat of takedowns keeps Magny’s guard open to be caught with a big overhead punch. Although Burns is older than Magny, he has the advantage heading into the contest.

There is no doubt that Neil Magny would have big advantages in terms of size, but Burns is much more explosive. On top of that, Burns has fought a better quality of opponents in recent times. So Burns would have an edge heading into Saturday.