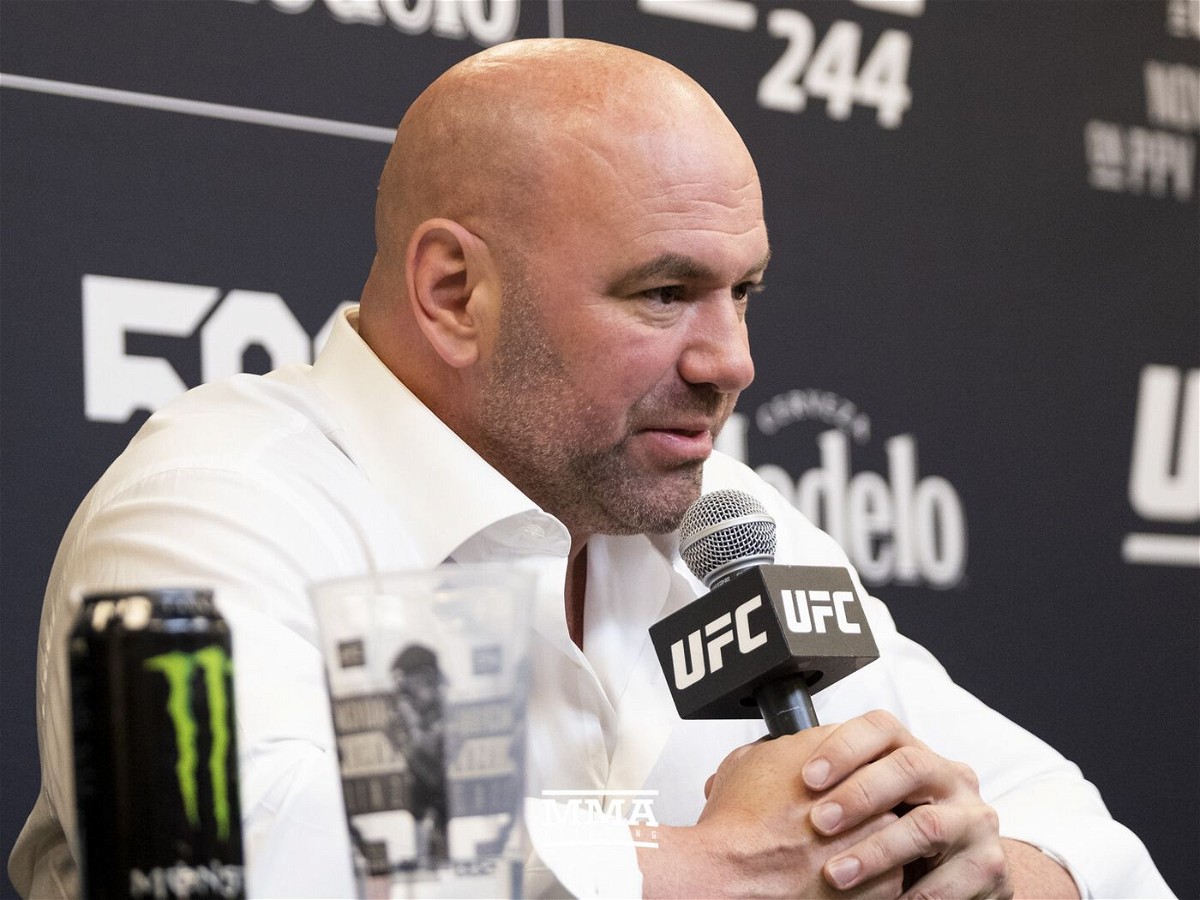 The UFC president, Dana White received a ton of criticism when he decided to resume the sporting action back in May 2020 when the entire world was struck with the COVID-19 pandemic.

There were many fights that were canceled due to fighters testing positive for COVID-19. But, Dana White made sure that the fight fans got an event every weekend even during an unprecedented situation. He even took UFC to Yas Island and gave the fans and the fighters a never-seen-before experience. Yet, there are some downsides to it and often these are highlighted more than the upsides that have come out of White’s decisions.

Despite, making history Dana White and UFC are still getting a lot of criticism from the media. And a recent article published by the Las Vegas Review-Journal has broken the patience of Dana White as he publicly criticized the journal and asked the journal not to come to cover the upcoming PPV in Las Vegas. White stated on his Instagram:

“Hey LAs Vegas, this is our piece of s**t local newspaper. Through this entire pandemic we didn’t lay off a single employee, we worked with governmental agencies in Nevada and around the world to put on every event safely, and we chose to bring our biggest fight of the year with Conor McGregor back to town July 10th to help relaunch the city. Yet, this is how the Las Vegas Review-Journal shows its support for a true local business. Go f**k yourself LVRJ, and don’t bother coming to the fight in July.”

UFC is making history at UFC 261 by being the first sport to have a sold-out arena for a sporting event. While there are some concerns surrounding the safety of the fans and fighters, White seems optimistic about this event. Talking about the safety protocols for UFC 261, Dana White recently said:

“We had to create a bubble so that athletes wouldn’t end up with COVID and all these fights falling out, but the media was being so crazy about the whole COVID thing you had to make the media feel safe. In Jacksonville, everything is opening up again, even Vegas is gonna be open June 1st. There’s some things that are gonna be set in place, we’re still gonna have a bubble for the athletes and things like that but as far as the fans, you wear a mask or do not wear a mask. It’s up to you, it’s your decision.”

We will come to know whether the decision of inviting fans was a bad idea after UFC 261. But, it’s needless to say that the fight fans are thankful that UFC is still putting up shows every weekend while trying its absolute best to keep the fighters safe.