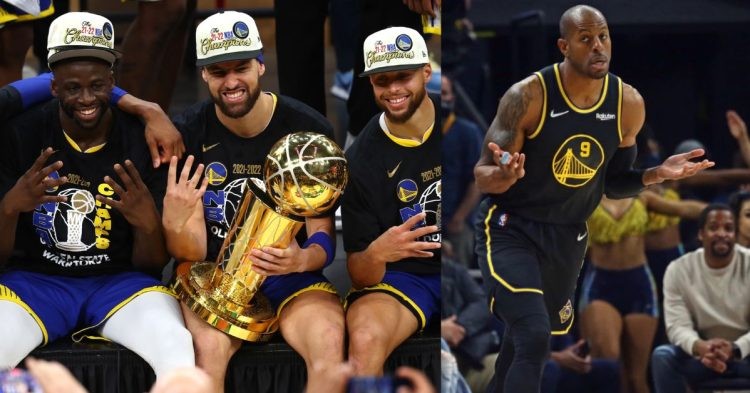 The Golden State Warriors are the defending 2022 NBA champions. Stephen Curry and his squad eliminated Jayson Tatum and the Boston Celtics within 6 games. Thus, earning Steph his first NBA Finals MVP. It would interest many to know that Andre Iguodala won the Finals MVP the first time the Warriors won back in 2015.

Now, Iggy is a veteran in the league and is at the back end of his career. Be that as it may, the Warriors General Manager Bob Meyers revealed that he plans to keep Andre Iguodala for the 2022-23 season. One must wonder why he has decided to do so. After all, the Warriors have a lot of young talent and star power. Thus, we need to understand what Meyers said with more context.

We are quick to forget how long Andre Iguodala has been around the league. Iggy was the 9th pick of the 2004 draft and is 38 years old. Not everybody can play like LeBron James in the later stages of their career. Iguodala averaged only 4 points, 3.2 rebounds, and 3.7 assists last year. Be that as it may, the Warriors have offered him an open spot on their roster if he does not retire.

Bob Myers made it clear the Warriors want Andre Iguodala to return for his 19th season.

“It’s unequivocal in the organization. There’s not a guy who doesn’t want him back in a big way.”

There is another important reason to keep Iggy in the lineup. Apparently, he is able to control the trio of Stephen Curry, Klay Thompson, and Draymond Green due to his seniority.

“(Andre Iguodala) is one of the few people in the world who can look Stephen Curry or Draymond Green or Klay Thompson in the eye and meet them at their level, but also grab a Jordan Poole or a James Wiseman or a Jonathan Kuminga and speak to them and encourage them.”

The Warriors’ management went on to emphasize Iggy’s value, “There is no one else in the league that can do that for our team. And we think he can still play and help us in certain spots. So we really want him back. This isn’t like a charity thing. It’s not oh you know, we can’t not say yes to Andre because he’s won championships“.

Quite well put by the Golden State Warriors. They could certainly use Andre Iguodala’s presence and experience in their future postseason runs. However, we should hope they are able to reach a contract agreement considering that GSW already has several players who will need larger contracts in the upcoming years.
Tags: Andre IguodalaGolden State WarriorsNBA
Previous Post