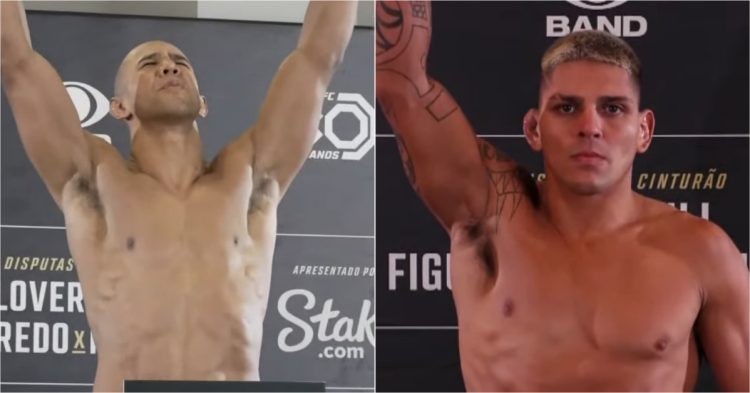 UFC 283 will feature two championship fights in the main and the co-main event. Other than that, the event also features Gilbert Burns, Jessica Andrade, and Johnny Walker on the card. In the prelims of the event, legendary Shogun Rua will fight for the last time against Ihor Potieria. Exciting middleweight fighter Gregory Rodrigues will also be on the card.

However, Gregory Rodrigues was supposed to fight Brad Tavares at the event. However, he had to settle for Brunno Ferreira as Tavares pulled out of the contest. Gregory is on a good run and beat Julian Marquez and Chidi Njokuani in his last two fights. So far in his 5 fights, Rodrigues has won 4 and 3 of them came via stoppage. So he will be looking to break into the top 15 with a win against Ferreira.

Brunno Ferreira, on the other hand, will make his UFC debut with the bout. Brunno beat Leon Aliu at Dana White’s Contender Series on September 20, 2022. He finished the fight via 1st round stoppage. Now he will have his opportunity to prove himself on a massive stage and it would be interesting to see how Ferreira handles the pressure. So who wins the bout? Let’s find out!

Can Ferreira win against Rodrigues on his debut at UFC 283?

Gregory Rodrigues has 7 knockouts and 4 submissions. He has been a great addition to the division and he has constantly put up great performances throughout his run in the promotion. Nicknamed Robocop, Rodrigues’ stats inside the Octagon is also very impressive. As per UFC stats, Gregory lands 6.19 strikes per minute in the Octagon.

In his last two bouts, Gregory has scored 4 knockdowns in the Octagon. But not just in striking, Gregory also has decent grappling. He, on average, lands 2.39 takedowns per fight. So his opponents can not seem to catch a break anywhere during the bout. His ability to put constant pressure on his opponents makes him a scary prospect inside the Octagon.

However, Brunno Ferreira has a 100% stoppage rate. He has 6 knockouts and 3 submissions. So the 30-year-old has the ability to find ways to win a fight. That is a very handy tool indeed. However, Gregory Rodrigues will still be the favorite as he has more experience inside the Octagon and has been in great form. So the onus will be on Brunno Ferreira to prove himself on the big stage.