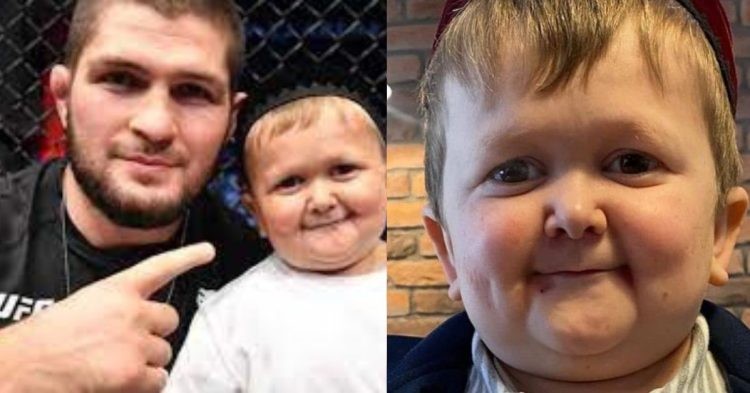 The world of mixed martial arts has a significant role to play in how Hasbulla Magomedov has been able to take his own style of entertainment over the past two years. He is also known as “little Khabib”. He attended UFC 267 in Abu Dhabi in October of last year and left quite an impression on the MMA community. Shortly after Islam Makhachev defeated Dan Hooker, Khabib Nurmagomedov was spotted in the cage with him.

MMA writer Igor Lazorin claims that he has apparently secured a 5-year contract with the UFC. Even though he won’t be competing, it will greatly enhance his MMA popularity. Lazorin, Boxing, MMA, and Olympic correspondent posted on Instagram on Monday that Hasbulla had formally joined the international MMA organisation and had accepted an ambassadorship position.

This news is hereby translated in english, It states, “This is a blast from the face! Hasbulla signed a five year contract with UFC! So far in the plan – attending tournaments, media activity. We will not talk about the amounts in detail, but there they are such that many fighters do not get that much. Hasbulla signed 5 year contract with UFC! No fights yet, but…” It would be interesting to see what lies ahead and UFC has planned with him.

Everything you need to know about Hasbulla Magomedov

Hasbulla Magomedov was raised in Makhachkala, Dagestan. At the height of the COVID-19 pandemic, he started using social media and started posting to TikTok and Instagram, where his popularity skyrocketed.

Hasbulla, who is 19 years old and has growth hormone deficiency (GHD) or “dwarfism,” He was born in 2003. Some well-known celebrities are affected by this rare genetic illness, including Lionel Messi, who is well-known for having received a GHD diagnosis when he was just 11 years old. Hasbulla is barely 3 feet 3 inches tall, or 1 metre, due to his dwarfism. He supposedly weights about 16 kg, or 2.5 stone.

Hasbulla Magomedov, as was previously mentioned, gained the nickname  “Mini Khabib” after a video of him imitating Khabib Nurmagomedov’s weigh-in at UFC 229 went viral on social media.

Due to the fact that Hasbulla has taken up MMA and is from Dagestan, where Khabib was also born, he and Khabib are now good friends. Many people mistakenly believe the two are related by blood, and some even believe Hasbulla’s full name is Hasbulla Nurmagmadov, but this is untrue. What he does in future with the UFC will definitely boost UFC’s name due to the popularity he has garnered in the last couple of years.