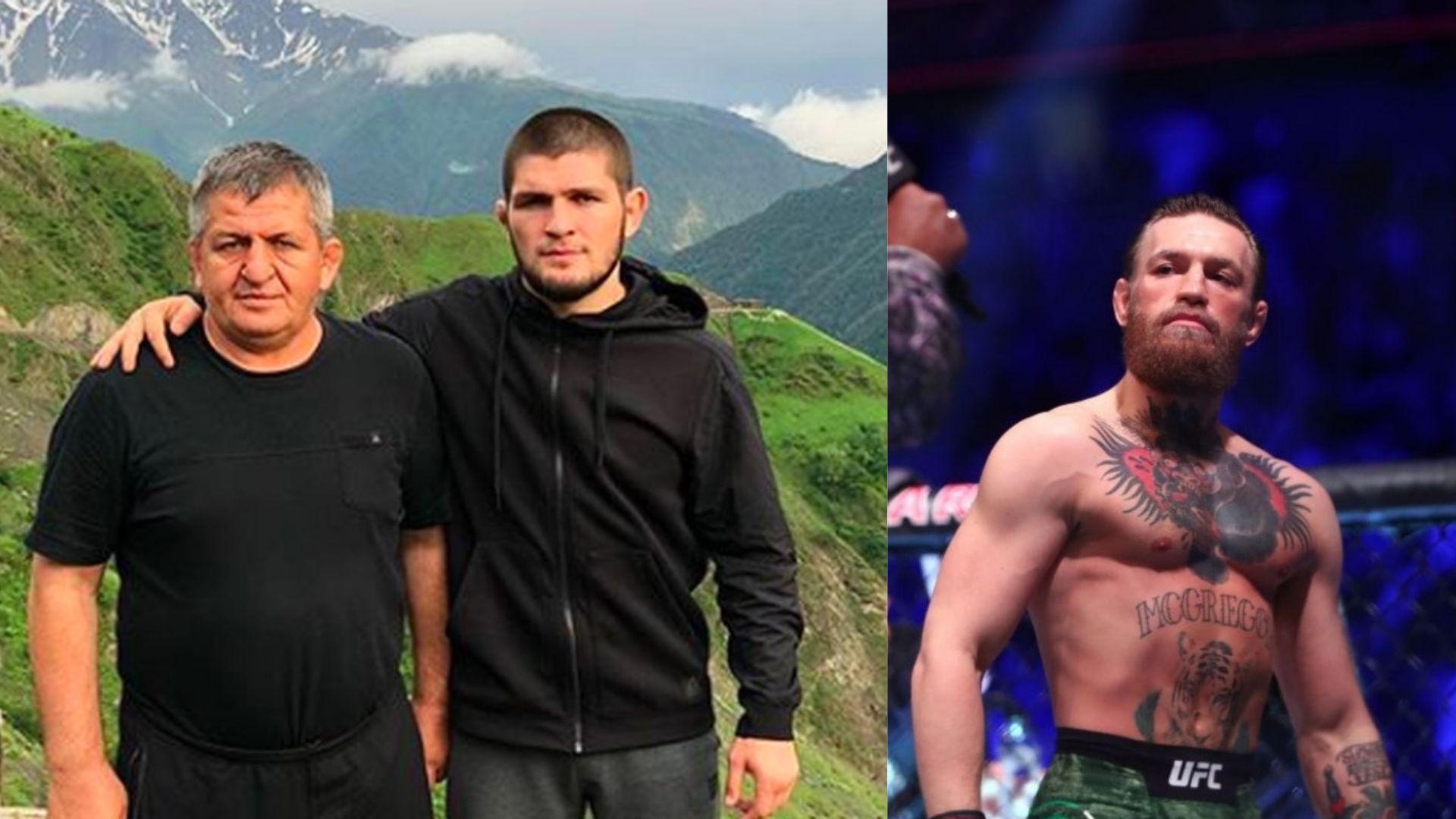 Khabib Nurmagomedov finally reacts to Conor McGregor’s deleted tweet during an appearance at the Mike Tyson’s Hotboxin’ Podcast in conversation with the former heavyweight champion Mike Tyson and former two-weight UFC champion Henry Cejudo. The former UFC lightweight champion and arguably one of the greatest mixed martial artist of all time Nurmagomedov talked about a range of topics, however, remained relatively quite on anything related to Conor McGregor.

“My dad was a different level about like this situation. His heart was so clean, you know. Like when he talks about, you know, only evil can talk about your father. like your wife, kids, religion. If you are normal, you are never gonna post this stuff. I think he post this stuff drunk too much, or do something.”

Earlier, Conor McGregor’s controversial tweet on Khabib Nurmagomedov’s father, later Abdulmanap Nurmagomedov shocked the entire MMA community as the former dual weight champion crossed the line in what was a distasteful comment from the Notorious.

McGregor’s tweet, “Covid is good, father is evil?,” came in light of Khabib Nurmagomedov’s comments on McGregor after he broke his leg in the closing seconds of the first round in the trilogy bout with Dustin Poirier. Nurmagomedov took to Twitter at the time to post out the following tweet.

Earlier, in a short conversation with TMZ Sports, Khabib Nurmagomedov had called Conor McGregor’s tweet “terrible,” and rightfully so. McGregor’s comments in a recent while have crossed all the boundaries, with the Notorious often resorting to personal attacks to gain a mental advantage over his opponents. Additionally, a row of recent losses have not worked at all, with McGregor receiving flak for his trash-talk and his comments on social media.

Earlier, McGregor was under scrutiny for his comments on Dustin Poirier’s wife both in the lead-up to the fight, and inside the UFC Octagon following the leg-break at UFC 264.