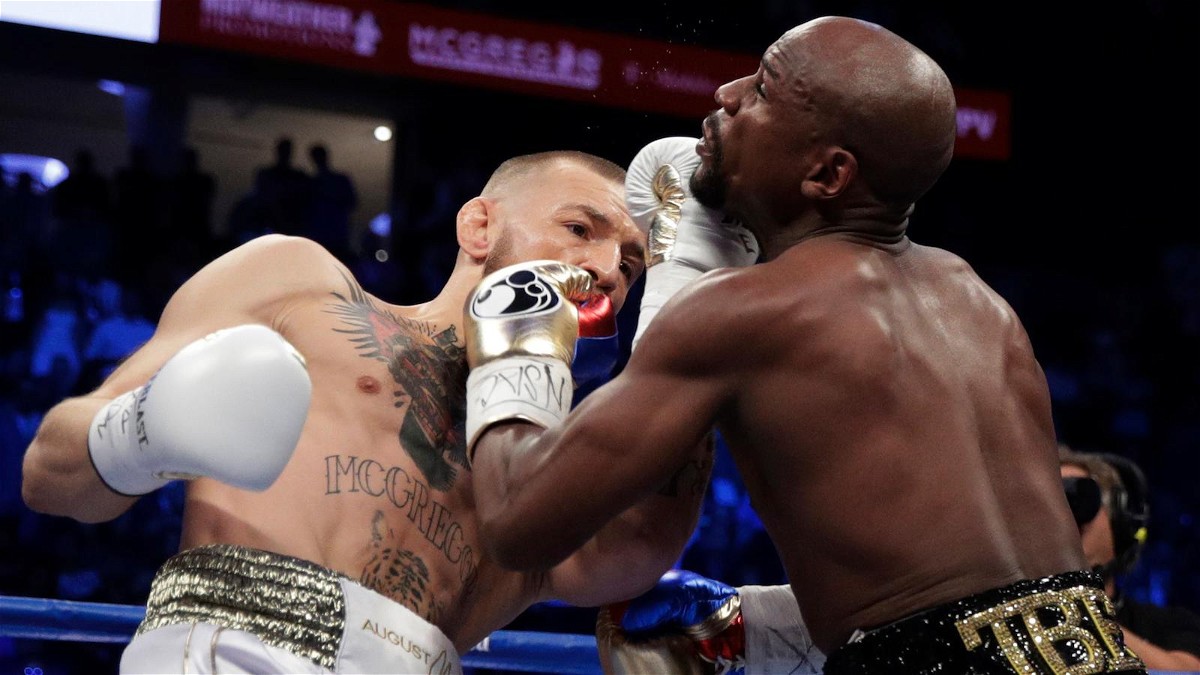 The fans have seen some crossover matches between MMA and Boxing over the years. But, non was bigger than the money show between Floyd Mayweather and Conor McGregor.

The May-Mac fight is still the second-biggest fight in the history of combat sport when it comes to PPV buys. A clash between the greatest boxer of all time vs the greatest Mixed martial artist at the moment became bigger than anyone could have imagined when it all started.

And the best part is Conor McGregor put up an amazing performance against Floyd Mayweather inside a boxing ring. If we consider the stats of the number of punches landed, Conor McGregor did a better job than Manny Pacquiao and Canelo Alvarez. Now there is a narrative that Floyd Mayweather carried Conor McGregor for 10 rounds before he decided to finish the fight. But, it’s hard to imagine why would the greatest boxer of all time decide to take all those punches from a MMA fighter who had zero experience inside the boxing ring as a pro.

Joe Rogan looked back at the historic fight between McGregor and Mayweather and there was one moment that stood out from the rest for Joe Rogan. Conor McGregor landed some good punches on Mayweather in that fight even if he came out with a loss that night. Joe Rogan recalled the May-Mac fight on the JRE podcast and said:

“He(Conor) could have if he wanted to(taken down Mayweather and slammed him on the canvas). But I think he had an opportunity to win $100 million dollars. And that’s what he got. He made $100 million in that fight which is so crazy. That fight made Conor McGregor so fucking rich. And he did catch Floyd that’s what crazy. When he clipped him with the uppercut in the first round Floyd was like “oh s**T, this guy can strike”. But Conor used to being a sniper and use all his other tools like kicking legs, jabbing the body with that front kick he likes to throw.”

Joe Rogan believes though Conor put on a good performance his skillsets were limited because of the boxing rules against Floyd Mayweather, making him much less deadly. Rogan explained:

Now claiming that Conor McGregor would have beaten Floyd Mayweather in a pure boxing match is insane. But, Conor did surprise millions of fans with his fight against Mayweather and he was more successful than most of Mayweather’s past opponents.