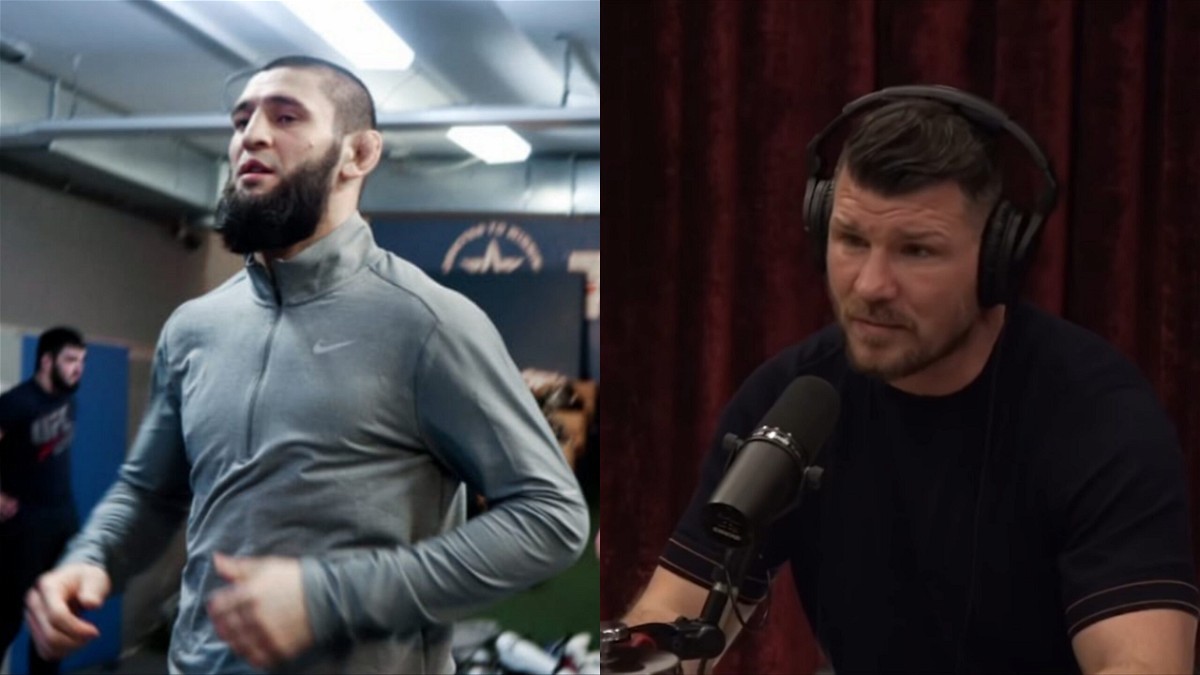 Michael Bisping spoke on the training room stories regarding Khamzat Chimaev on Joe Rogan’s podcast. Darren Till is currently training at Chimaev’s gym in Sweden. Apparently, he shared some of the stories with Bisping.

Khamzat Chimaev is one of the most special fighters to come through the ranks recently. He has had only 4 fights in the UFC but the hype surrounding him is something that the MMA community has not witnessed in a while.

He has fought across two weight divisions and none of the 4 fighters was able to land more than one significant punch combined. It has only helped to build the aura of invincibility more around the 27-year old.

Michael Bisping: ‘The conditioning of Khamzat Chimaev is unlike anything else’

In a recent appearance on ‘The Joe Rogan Experience,’ Michael Bisping discussed the stories around Chimaev. Rogan and Bisping spoke on what makes Khamzat a very special fighter.

Although Khamzat Chimaev has had a spotless record in the UFC so far, fans have questioned whether the Chechen has the stamina to go the distance. Unlike regular 3-round bouts, championship fights have two extra rounds. Can Khamzat sustain the pace throughout? Speaking on that, Bisping added,

“He is a f*cking animal. Just an absolute animal. Nonstop in every way. Striking, wrestling, conditions. Apparently, you know all these fights finished real quick. So he has never had to that side of things. But apparently, his conditioning is nothing you’ve ever seen as well.”

Despite praising Chimaev, Bisping also added that the upcoming fight against Gilbert Burns at UFC 273 will be a tough test for the budding superstar. Gilbert Burns is currently ranked no. 2 in the division.

If the undefeated Russian can get past a tough challenge in form of Gilbert Burns, it will put him in right in the contention for a title shot. At that point, only Colby Covington will be ranked ahead of Khamzat. With Colby already losing to Usman twice, it may just make it easy for Khamzat Chimaev to fight for the belt later this year.