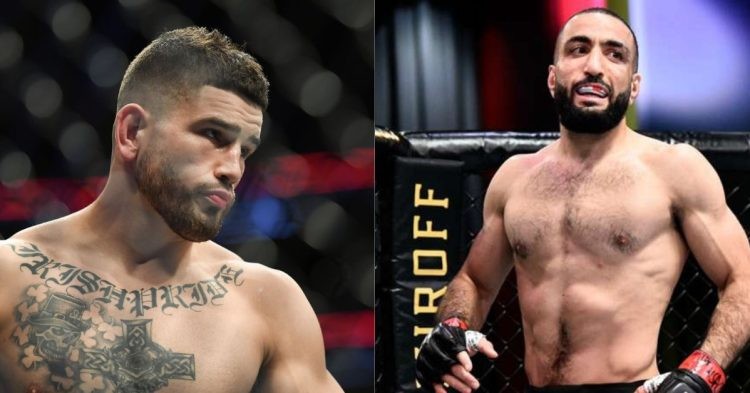 Sean Brady is set to take on Belal Muhammad on the upcoming UFC 280 event. Going into the fight, the narrative has been that Muhammad will most likely out grapple Brady.

Moreover, to add to his abilities, Belal Muhammad has trained under Khabib Nurmagomedov for his fight against Sean Brady. ‘Remember The Name’ even believes that he won’t be defeated because he trained under Nurmagamedov. While training under the Dagestani will definitely add to Muhammad’s skills, Brady isn’t too bothered by this.

Speaking about the same during a recent interview, Brady suggested that training with Khabib Nurmagomedov won’t make Belal Muhammad like the former UFC lightweight champion. He said:

“He is not Khabib, Islam is not Khabib. None of these guys are…Khabib is Khabib, you know? And Khabib has lost as a corner man and he is gonna lose again on Saturday night. Guys in Khabib’s camp have lost. So, the only one who’s undefeated is Khabib, Belal is not undefeated and he’s gonna catch another L on Saturday.”

It is safe to say that Sean Brady isn’t threatened by the fact that Belal Muhammad has joined Khabib Nurmagomedov’s camp for the fight. In fact, Brady seems content with his grappling skills and believes it is better than what Muhammad has to offer.

Can Sean Brady fight for the title with a win over Belal Muhammad?

Going into his fight against Belal Muhammad, Brady is the number eighth ranked welterweight in the UFC. With a potential win on Saturday night, he can certainly expect to move up in the rankings and become one of the top 5 welterweights.

However, Sean Brady will still have to get a couple of wins under his belt before he can make his case for a title shot. The welterweight division in the UFC is completely stacked and it is hard to imagine Brady getting a title shot straight after a potential win over Belal Muhammad.

The welterweight champion Leon Edwards will most likely take on Kamaru Usman is a rematch for his first title defense. That said, it will be interesting to see how the welterweight division shapes up in the future with Sean Brady in the picture. However, Brady will most certainly have to focus entirely on Saturday night first.