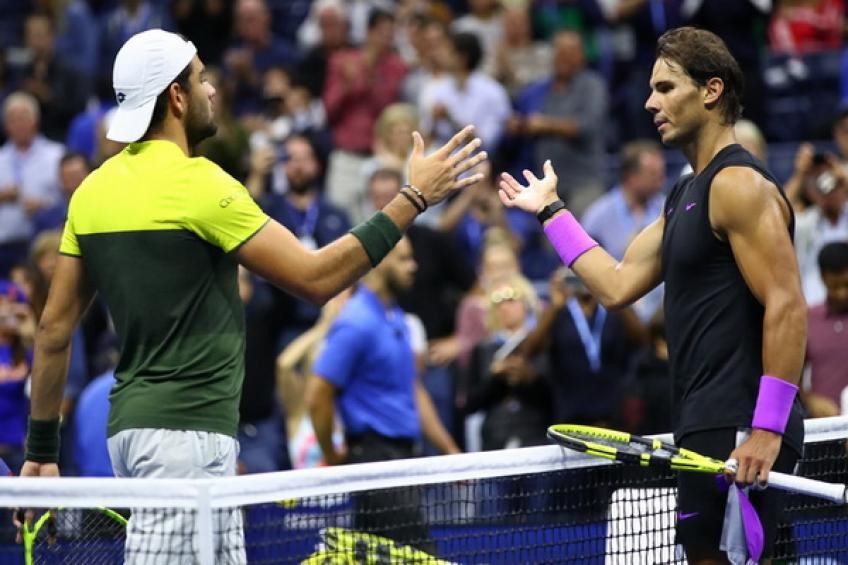 Pressure, Pressure and More Pressure for Matteo Berrettini by Rafael Nadal. Yes, that’s how Nadal eased his way into the Finals of the Australian Open. He made life miserable for Matteo over the course of 4 sets with just an exception of the 3 sets where Nadal looked a bit rusty. In the sets that Rafael won over Matteo, he did not let Matteo score more than 3 points in any of the sets.

Throughout the course of the match, Rafael ensured that Matteo Berrettini did not at any point get comfortable enough to bounce back and make a comeback. The match over the course of 4 sets seemed a battle of tactics versus sheer power and technique and quite obviously Rafa’s power and technique were quite a bit difficult for Matteo to endure for which he had to finally give in. 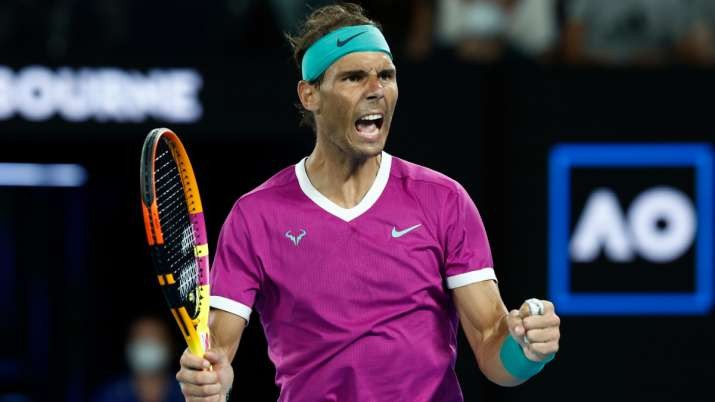 Rafael was pinning Matteo to play his backhand corner shot several times in the match, which proved detrimental to the outcome of the results since the backhand corner is the worst stroke by Matteo.

The only place where Rafa could have potentially been better to wrap up the game in straight sets was in the third set when he gave Matteo Berrettini a bit of breathing space and let him gain his confidence by giving up a couple of messy points.

The Spaniard Tennis Star Rafael Nadal was obviously a happy man with the performance he has given in a Semi-Finals Match.

However, we definitely need to commend the efforts of Matteo Berrettini against such a formidable opponent considering that he has made his country proud by being the first-ever Italian to enter the round of 4 in the Australian Open.

In his post-match interview, Rafael thanked the fans and mentioned a couple of things more to Jim Courier, he said

“I started the match playing great. The first two sets were one of the best so far for a long time. Then I know how good Matteo is, he is a very solid player, very dangerous. In the third, I know at some point he is going to go for the shots. And then I think I didn’t play a good game with myself in the fourth and third. He played some great shots, passing shot down the line, unbelievable. Then, yeah, then I had to suffer and wanted to fight in the fourth again.”

He elicits a loud cheer from the crowd after which he says,

“That is the only way to be where I am today. Honestly, it means a lot to me to be in the final here again.”

“For me, it’s all about the Australian Open more than anything else. It just an amazing event that as I said a couple of days ago now, I have been a little bit lucky in my career with some injuries. At times I play good finals against Novak in 2012and Roger in 2017. I was lucky to win once in 2009 but I never thought about another chance in 2022. Just enjoy the victory today and after that try my best.”

Randy Orton Won’t Retire From WWE Before He Turns 50