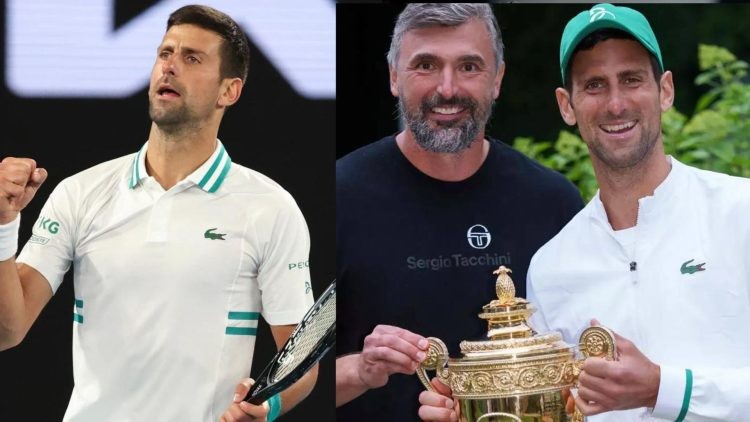 Many tennis fraternity members, including Novak Djokovic fans, have claimed that there is an ongoing witchhunt against him about his vaccination status.

All of this began during the Australian Open during which he was deported due to inconsistencies in his paperwork with regard to COVID-19.  Since then, Novak Djokovic has been subjected to criticism and even abuse.

Goran Ivanisevic, Novak’s coach recently in an interview broke his silence about Djokovic being some anti-vax leader.

Goran said that Novak has never insisted anyone around him not get vaccinated and his views with regard to the COVID vaccination have earned him a lot of criticism globally. He further stated,

“I respect and appreciate him, he made a decision that he will not change,”

His coach further went on to say that Djokovic would like to have freedom with what he puts in his body, however, he has never told others not to get vaccinated. He also claimed that a lot of the people out there have terrorised them and that they were put on a wall of shame.

The current law pertaining to vaccination for foreigners in the United States requires proof of vaccination, and as per this law, Novak will not be allowed to enter the country and play in the final Grand Slam title event of the season.

This would surely be disheartening for the Serbian tennis star. When asked about Djokovic’s chance to play in the tournament he laughed and said that his chances to win the Umag are greater than Djokovic participating in the US Open.

Australian Open, the first grand slam title of the season was disastrous for Novak Djokovic and his team, they would surely not want a similar situation in the US Open hence they would be looking forward to not attending the event altogether.