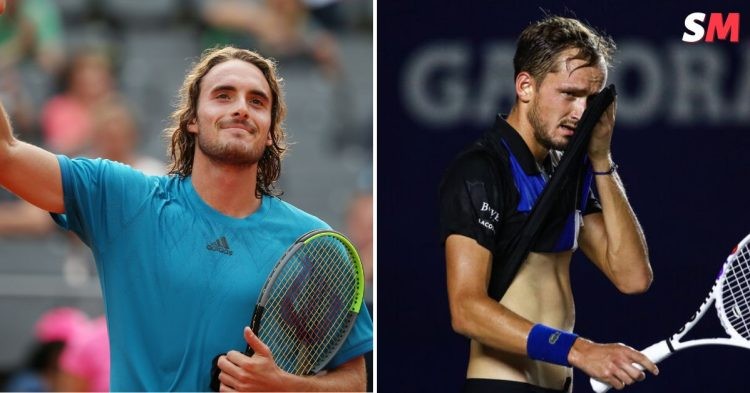 Stefanos Tsitsipas had a big task ahead of him as he faced world number one Daniil Medvedev in the semifinal of the Cincinnati Masters. It was a mouth-watering clash as the two have previously caused big arguments while facing each other.

Tsitsipas broke Medvedev’s form and won the match to book his place in the final. The match stretched to the third set but it was the Greek tennis star who had the last laugh. The score finally read 7-6(6), 3-6, 6-3 in favor of Tsitsipas.

As per ATP, Tsitsipas said, “There were some difficult shots I had to play a bit more. A few short balls I really took advantage of and came in. A lot of courageous serve and volleys, approaches to the net that definitely gave me that great win today.”

Tsitsipas’ win over Medvedev will come as a big boost for him ahead of the US Open. His task is not yet done as he will now face Borna Coric in the final. Coric’s journey has been interesting so far as he beat players like Rafael Nadal to reach the final.

Talking about his win over Medvedev, Tsitsipas said, “I knew I had to sign up for a difficult task, third set, it wasn’t going to be easy. He made it very physical and really demanding for me. I just took advantage of some of his missed first serves. I think I had a couple opportunities where it seemed to be going towards to my side.”

Another reason why Tsitsipas won was the weak first serves by Medvedev. Even Tsitsipas agreed and said, “He kept missing a lot of first serves consecutively and that gave me some time to think of my next move a little bit clearer.” Tsitsipas will give his best to win the prestigious Cincinnati Masters before coming down to New York for the US Open.