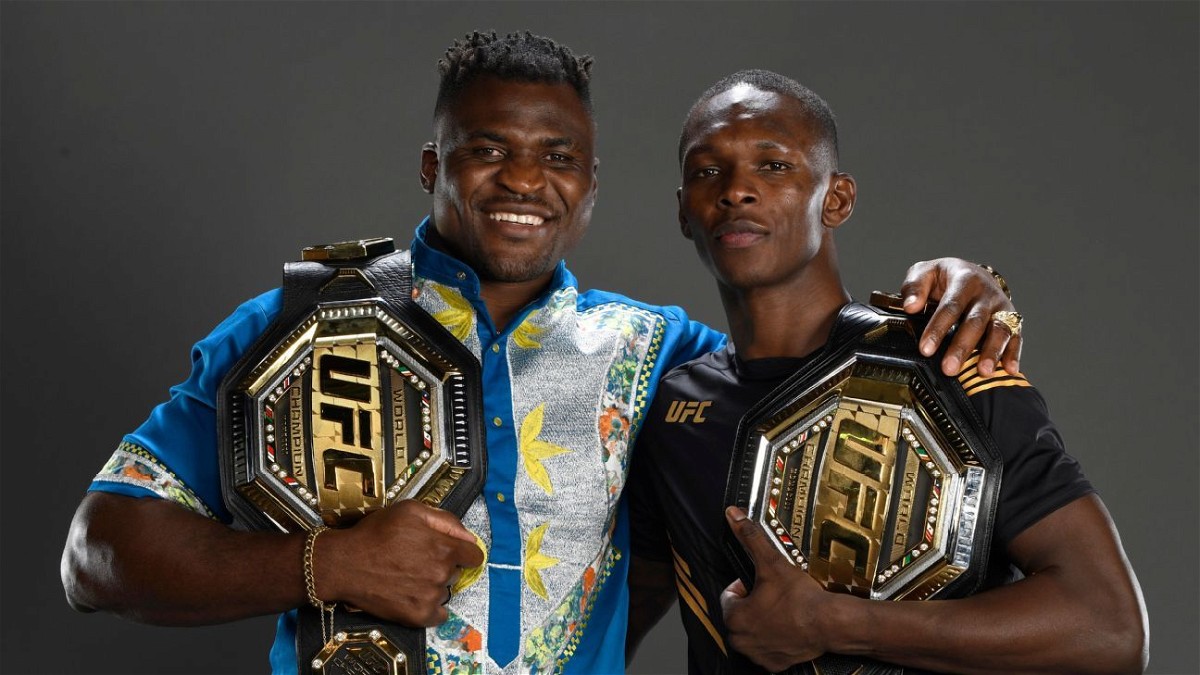 The current UFC middle weight champion, Israel Adesanya, shares his thoughts on Francis Ngannou‘s last contract fight. The style bender, uploaded a new video on his YouTube channel analysing the UFC 270 fight card. He is more than excited for this event as he claims this to be bigger than just a title fight.

In one of the segments in the video, he extends support to the heavyweight champion with regards to his fight pay. Adesanya believes that Ngannou should not fight for $500k anymore as it “Cheapens” what he has achieved in his UFC career so far.

“This fight, honestly for me is bigger than the UFC title. This fight, because we all know now, it’s public knowledge what’s happening with Francis and the UFC and Francis coming out saying, ‘I’m not fighting for $500k or $600k anymore.’ He and myself have had conversations you know, about that kind of stuff and as the heavyweight champion of the world he shouldn’t be fighting for that low, not at all. Should not be fighting for that low because that just cheapens what he’s doing.”, says Adesanya.

The contract issues between Ngannou and the UFC has been going on for a while now and both sides don’t seem to have come to a conclusion. This further makes things uncertain with respect to the result of the heavyweight title fight. Ngannou will have to extend his contract for a year or 3 more fights if he manages to defend his title. But The “Predator”, has made it very clear about his expectations from his new contract, and that under no circumstances, will he fight under the same contract extension.

Do check out: Francis Ngannou walk out songs

Adesanya criticises the fact that the fight between Ngannou and Gane is an interim title fight. He believes that Ngannou’s accomplishments are being questioned with this fight.

However, his opinion towards Gane is respectful and says he is the toughest challenge for the predator so far. He adds and says” His footwork is his real weapon , enters and exits nicely. He is a very well round heavyweight. Adding further, he says” He has good shot selection and he can surprise people”.

Talking about Ngannou, he praises the predator’s team for bringing out the ” calm Francis” in his title win against Stipe Miocic. He expects Ngannou to be patient yet aggressive in the fight. Though he thinks  Gane has the technical upper hand, he strongly believes that heavyweight champ has the “Nuke” to win this.

He predicts: “My prediction is Francis by knockout in the… I’ll say second or third round. I’ll be lying if I told you it was an easy fight, it was an easy task, because like I said, cerebral Ciryl Gane is no f***ing joke. I feel like he’s the biggest threat to Francis’ heavyweight crown. No one else comes even close.“