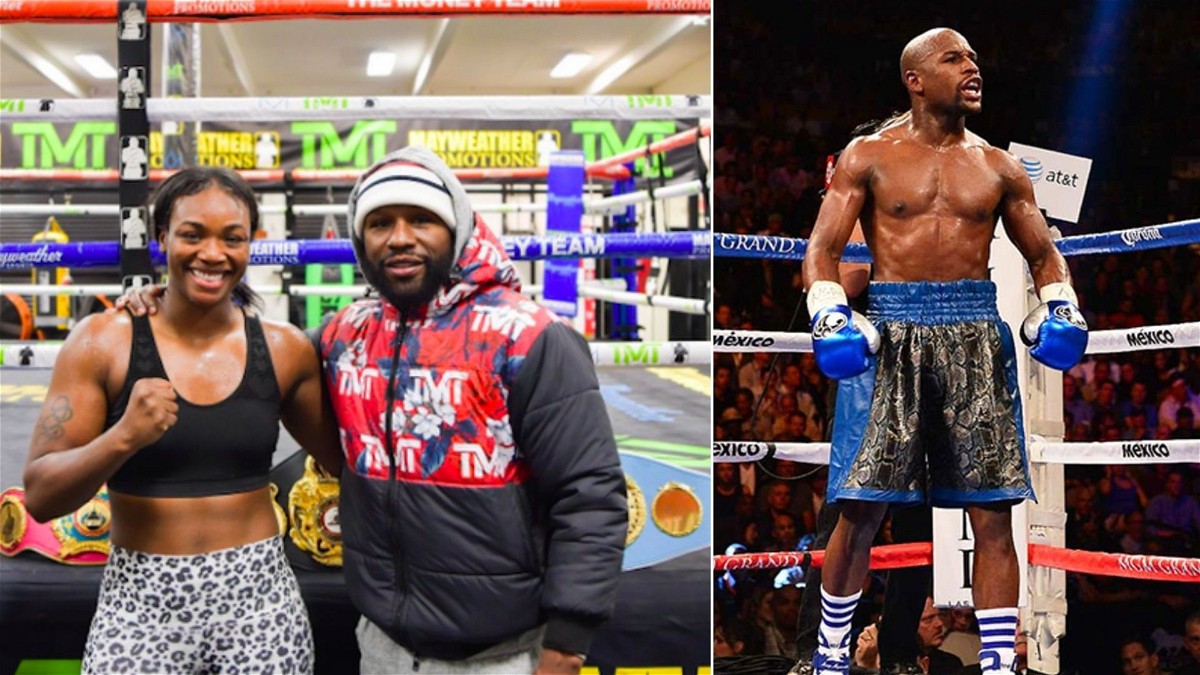 Floyd Mayweather is widely regarded as one of the greatest boxers of all time. The undefeated boxer was last seen inside the ring in an exhibition bout against YouTuber turned professional boxer, Logan Paul. However, he has been criticized on several occasions for retiring and then competing against inexperienced boxers, and celebrities in exhibition bouts, more so even when he is compared to Manny Pacquiao, who fought till the age of 42 and holds the record for being the oldest welterweight champion.

Be that as it may, according to Claressa Shields, arguably the greatest boxers in the history of women’s boxing believe that Floyd Mayweather is still in prime shape, and could give a stiff competition to active boxers in the welterweight and middleweight divisions.

Claressa Shields on being in the gym with Floyd Mayweather this month: “Floyd’s in great shape. He was sparring a 21-year-old, he wasn’t even always taking breaks between rounds. He can still do whatever he wants inside that ring. He’d give all those guys problems at 147/154lbs.”

Floyd Mayweather is expected to face YouTuber Money Kicks in an exhibition bout that is scheduled to take place in Dubai. While there has been no official confirmation, both parties have shown interest in a potential exhibition bout.

Claressa Shields will make her boxing return against Ema Kozin to defend her WBA, WBC, IBF, and The Ring female middleweight titles inside Motorpoint Arena, in Cardiff, Wales. She was last seen in action against Marie-Eve Dicaire back in March of 2021 where she defended her light middleweight titles. Shields took a small hiatus from boxing to concentrate on her mixed martial arts career. She began training under the tutelage of some of the greatest names in the world of mixed martial arts, including the likes of Jon Jones.

In the gym with @FloydMayweather ! Feb 5th gonna be different! Make my words! pic.twitter.com/1tfxwrpfZv

She competed twice in the year 2021. She won her MMA debut via TKO in the third round. However, she fell short in her second fight, losing the fight via split decision at PFL 10. Despite the result, Shields was lauded for her efforts, and for her decision to give mixed martial arts a try despite being at the peak of her boxing career.