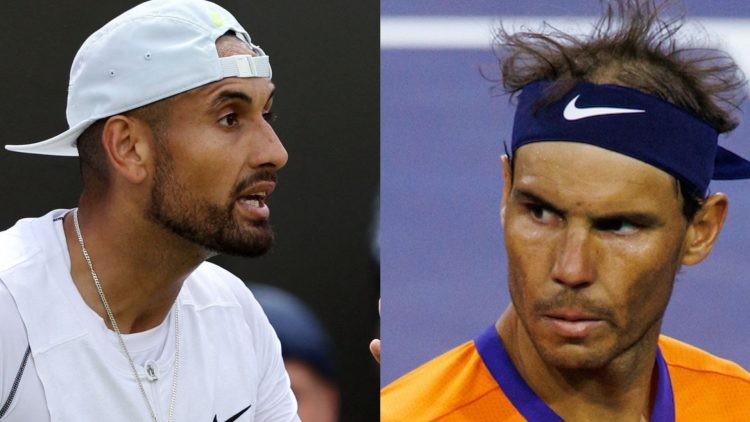 Rafael Nadal is looking to clinch the calendar slam this year and Nick Kyrgios is aiming for the redemption of all the hate he has been receiving for being the self-proclaimed bad boy.

Both of these tennis stars are set to clash with each other in the semifinals of Wimbledon 2022. Rafael Nadal currently holds a three-match winning streak against Nick and he would be looking to extend that.

However, Nick would take motivation from the fact that he has reached the semifinals of Wimbledon for the first time and Rafa is relatively in a bad shape taking into consideration his abdomen injury.

Nick and Rafael have had a bit of a rivalry going on which has even turned ugly in certain matches. For instance, their match in Acapulco was a bad-tempered one wherein Nick defeated Rafael in the tiebreak of the final set.

As graceful as Rafael Nadal usually is to his opponents, he was sick of the antics done by Kyrgios such as the underarm serve. Nadal criticised Kyrgios by stating that,

“I don’t think he’s a bad guy, but what he lacks is a little respect for the public, for his rival, and also for himself. I think he should improve that,”

Kyrgios retaliated by stating that,

“I’m different. Rafa is different. He can focus on what he needs to do. He doesn’t know me. So I’m not going to listen at all. That’s the way I play. The way he plays, he’s very slow between points.”

Taking all of this into consideration it would surely be exciting for the fans to witness this clash.

Nick Kyrgios and Rafael Nadal played a total of 9 matches against each other. Out of these 9 matches, Rafael has won 6, the majority of them whereas Nick has won a total of 3 matches.

If we take into consideration the matches played between them in 2022, they have played a single match and Rafa won that particular encounter. On the grass court in Wimbledon, they played 2 matches and won a single match each.

Compared to the Novak Djokovic semifinal, fans would surely be anticipating this particular clash more considering the form both of these players have been in general and Nick Kyrgios specifically in Wimbledon. It goes to see how Rafael Nadal would be performing with his apparent abdominal tear.