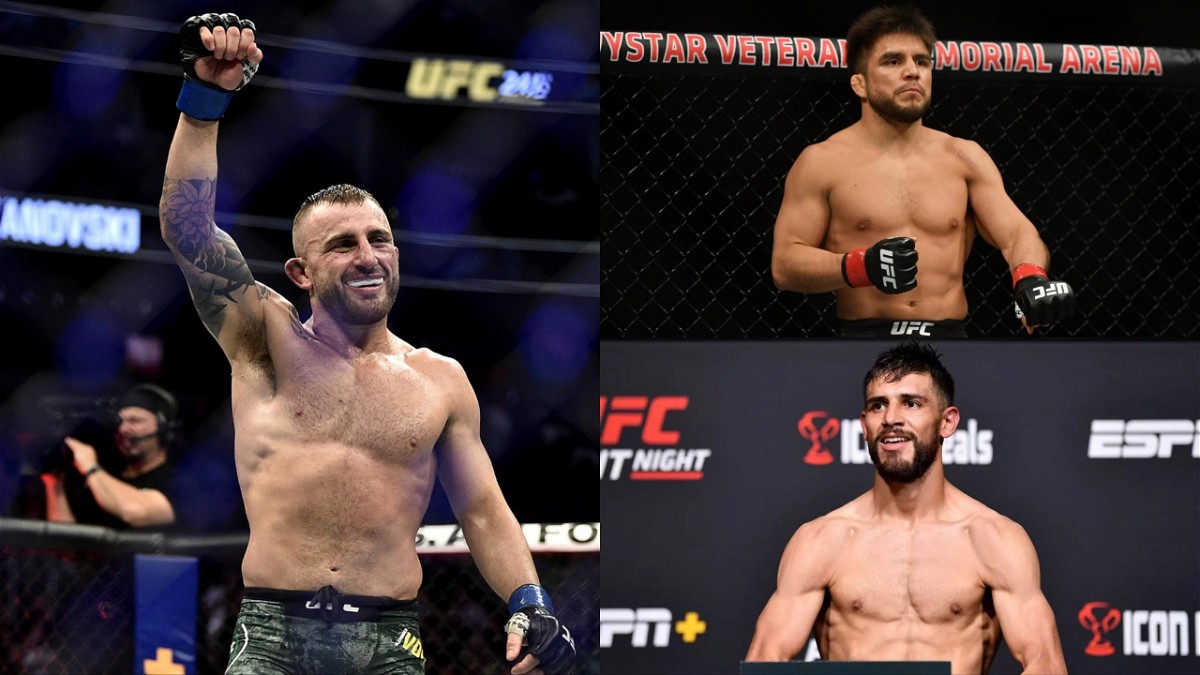 The upcoming featherweight title fight between champion Alexander Volkanovski and no. 1 contender Max Holloway is off! The challenger pulled out of the fight shortly after it was announced with a pre-existing injury. Following that news, many fighters from the 145 lbs division have put out their names for contention. But the fighter whose call-out has generated the most amount of interest is Henry Cejudo.

The former two-weight champion expressed his desire to create history and became the first 3 weight division champion in the history of Mixed Martial Arts (MMA). Henry Cejudo previously held both the Flyweight and the Bantamweight belts at the same time.

Hence the news of the cancellation of Volkanovski vs Holloway 3 became music to the ears of the former Olympian. In a Tweet addressed towards the UFC president Dana White, Cejudo wrote, “Triple C to the rescue. Dana White, you have my number.”

At this moment, UFC is actively pursuing the ‘Korean Zombie’ Chan Sung Jung to replace Max Holloway for the main event of UFC 272. Well-informed MMA journalist Ariel Helwani confirmed the news with a Tweet.

Chan Sung Jung is currently the frontrunner, by a margin, to replace Holloway versus Alex Volkanovski, per sources.

The champion himself called out the Korean fighter who is coming off a win against Dan Ige. Alexander Volkanovski simply wrote, “Let’s do this!”

@KoreanZombieMMA Let’s do this!! #UFC272

However, it has angered a fellow featherweight, Yair Rodriguez. Yair is currently ranked 3rd in the division. His last fight was back and forth slugfest again Max Holloway. Although he lost the fight, the Mexican fighter made a very strong account of himself.

Who will Alexander Volkanovski fight next?

Although there is no official confirmation on who will take Holloway’s place in the main event of UFC 272, multiple candidates have emerged in the last few hours. Volkanovski did not engage with Henry Cejudo, however, he replied back to Yair Rodriguez.

He wrote, “Maaaaaate calm down, You have fought once in over 2 years and are coming off a loss. If zombie doesn’t happen you might get lucky.”

You have fought once in over 2 years and are coming off a loss. If zombie doesn’t happen you might get lucky.

Yair Rodriguez clapped at the champion with an Instagram post his own. He wrote, “I could came out of retirement and beat you anytime, that’s why I know you don’t want me to get “lucky”. Also, I have shown more heart in a single fight than you in all of yours. You know where to look if you want a real war, if not keep on scrolling. I’m sure you being the champ can pick and choose.”

UFC 272 will take place inside T-Mobile Arena in Las Vegas, Nevada on March 5. Hence the organisation is in no rush to announce an immediate alternative. While rumours of Chan Sung Jung stepping up to replace the Hawaiian fighter is strong, there is another important fight between Calvin Kattar and Giga Chikadze is coming up in a week’s time. It will not be surprising if UFC decides to give the title shot to the winner of that fight.