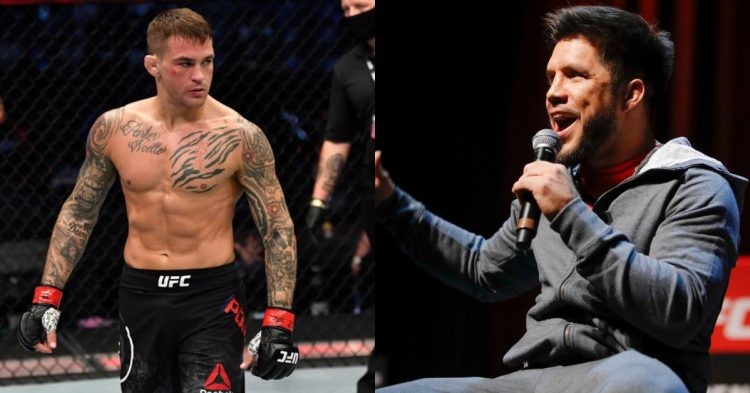 Dustin Poirier will be in action next month as he takes on Michael Chandler on the main card of UFC 281. This PPV will take place on November 12th at the Madison Square Garden in America.

Going into this matchup, The Diamond is currently ranked second in the lightweight division. Interestingly, despite losing his last fight against Charles Oliveira which was for the lightweight title, Poirier has retained his spot on the P4P rankings.

Former UFC champion and Olympic gold medalist Henry Cejudo has criticized the UFC’s Pound for Pound rankings in his recent YouTube video where he made an argument as to why Dustin Poirier does not deserve to make it to the top 10 of the list.

“Chandler doesn’t have a gold. Neither does Poirier. I don’t know why Poirier is pound-for-pound. I really don’t. If I was a champion and I had a belt, with all due respect to Poirier, there is no way you can put guys that have been knocked out and submitted and all that on the pound-for-pound list.”

Many might argue with Cejudo’s point of view regarding UFC’s Pound for Pound rankings as Poirier has dominated UFC’s lightweight division for several years and has only lost to Khabib and Oliveira in his last 10 fights. This goes to show that The Diamond has achieved a lot in the promotion.

This matchup against Michael Chandler is a great opportunity for Dustin Poirier as a win would most likely get him a lightweight title shot against the winner of Oliveira vs Makhachev.

However, it is not an easy fight for The Diamond by no means as they are evenly matched up. Chandler showed in his last fight that he has tremendous knockout power and can hold his ground against the best of strikers.

The Iron has great cardio and is very durable as he can absorb a lot of blows. However, he was overwhelmed by Justin Gaethje when it came to an all-out striking war. Poirier could do something similar in this fight and take an aggressive approach.

Because he is one of the best strikers in the division and has better striking accuracy and output than Chander. Regardless of the outcome, fans can expect a highly entertaining contest as they would not take a foot off the pedal in this three-round bout.

Do let us know in the comments section who you think will win this lightweight matchup between Poirier and Chandler at UFC 281.