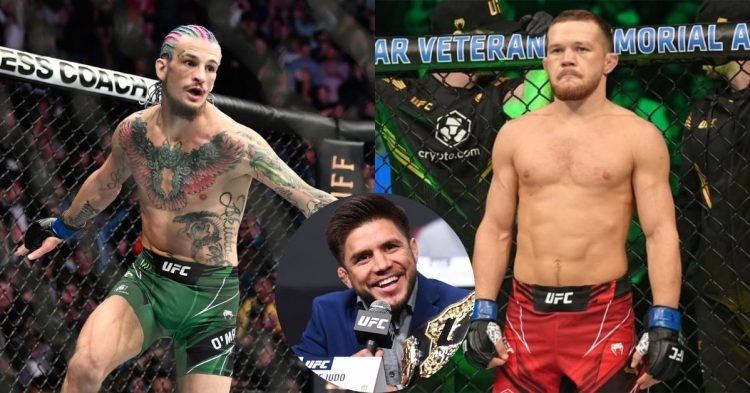 Sean O’Malley will face unarguably his toughest challenge in the UFC this month as he takes on Petr Yan in a three-round bantamweight bout on the main card of UFC 280. Suga Sean is currently on a three-fight win streak and is ranked #12 in the 135-pound division.

Here are the opening odds for Petr Yan vs. Sean O’Malley:

It is needless to say that this a big opportunity for O’Malley as a win over Yan who is #1 in the division will help him make a big leap and most likely earn him a title shot. However, leading into this matchup, several fans and fighters have picked the Russian to win this matchup and also claimed that Sean O’Malley made a big mistake by agreeing to this fight.

Although former UFC bantamweight champion Henry Cejudo disagreed with the opinions of all those fans while speaking in his podcast and said that he is siding with O’Malley in this bantamweight fight. But Triple C believes that Sean has only one clear path to victory and that is to take his back.

“I believe it’s a three-round fight so that goes to your favour because you like to look the clock. But if there was one guy in the whole division that I would give you a chance with Sean is going to be Petr Yan.”

“Because I think there’s so many ways you could win that fight whether it’s on your feet or you can maybe catch him but I don’t even think that could be honestly. I think when you could catch someone like Petr Yan. You can really pull out your back pocket as if you’re able to get him to his back.”

After offering his predictions for the bantamweight matchup between Sean O’Malley and Petr Yan, Henry Cejudo revealed that he is open to facing Suga Sean if he outclasses the Russian at UFC 280.

A week ago, O’Malley expressed his desire to train with Cejudo if he remains retired. But that might not happen now as Triple C has hinted at his comeback from retirement in the UFC. However, the former UFC champion has teased his return several times in the past few years and has not made a comeback yet.

It would be interesting to see if Cejudo remains true to his words and fight O’Malley if the latter wins his matchup against Yan. Do let us know your prediction in the comments section below if you think this matchup will take place in the future.