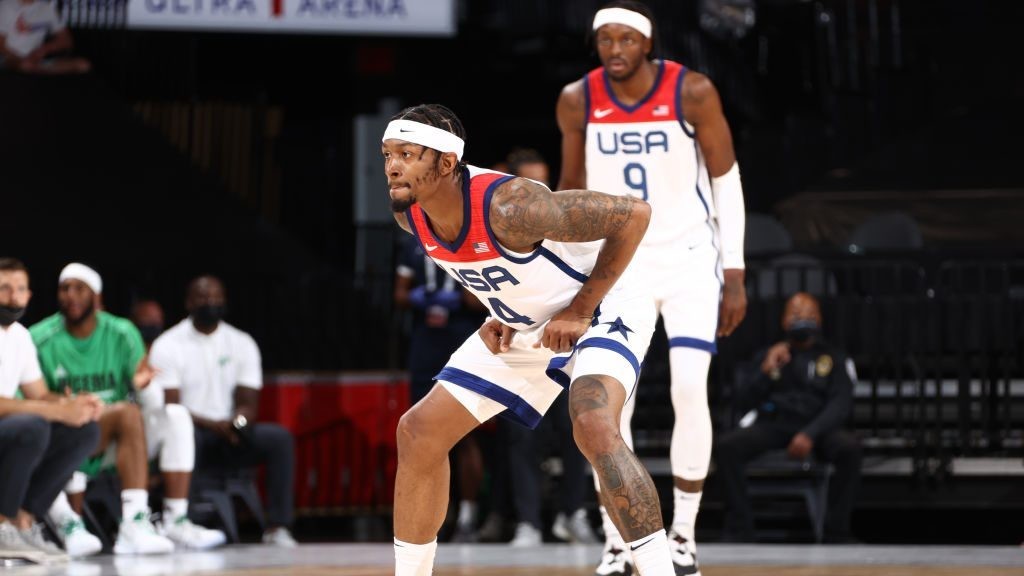 The Tokyo 2020 Olympics are set to finally commence on July 23rd, 2021. However, with just a handful of days left, Team USA and their problems increase. At first it was their shocking performance at the exhibition games. That was clear proof that they were not yet comfortable with the different rules of FIBA to the NBA. And now they have to deal with the loss of Bradley Beal from Team USA.

Also Read: Tokyo Olympics: Could Officiating be the Reason Behind Team USA Losing in Olympics

Why Can’t Bradley Beal Travel with Team USA for the Tokyo Olympics?

In the first couple games of Team USA we saw all the talent the NBA has, struggle. It was because the rules of FIBA cannot be exploited like the rules of the NBA. That’s why we saw a lot of the best players not play like their usual selves. But these players are the best of the best and they will make the required changes.

However, Bradley Beal will not be able to travel with team USA. It’s because he is under Covid-19 protocol. According to Bam Adebayo he is asymptomatic but he needed to clear 2 Covid Tests to be able to travel. The main reason the Olympics was postponed was due to the Coronavirus. They do not want this big event to be stopped with the same reason.

Bradley Beal has been one of the only stars who has been good in these games. Replacing him is necessity but a hard task. There are 2 ways they can do this. They can either try to find a like for like replacement. Or they could try to use this opportunity to fill the holes in their roster. With Jerami Grant also Out, that should be in the Big man category.

Bradley Beal is one of the best offensive players in the world right now. He has averaged 30+ points in back to back seasons. To replace his scoring is next to impossible. However, with all the offensive tools they currently have, they can focus on other areas.

Here is some potential replacements for Bradley Beal,

Beal and Allen are not similar mold of players at all. However, when the NBA Finals ends, Team USA will get 3 more guards. After taking a look at their roster, the true defensive big men department is where the lack the most. Bam Adebayo can start but Allen is a great rim-protector. He had declined the invite but if Greg Popovic personally calls for him, its highly unlikely he says no. Similar to Allen, Drummond would be there purely to back up Bam. He’s a free agent this offseason, so if he has a great performance at the Olympics, that will help his contract situation. Its added motivation for him to perform better at Tokyo Olympics.

Zion is one of the only players on this list that fits both required criteria. He can not only make up for Beal’s scoring but is also a dominant defender. He has struggled with injuries in his young career and would really want an opportunity to prove that he is not injury prone. Zion averaged 27 points this season and is lethal near the paint.

So… how did Zion Williamson not get selected for Team USA?

Russell Westbrook: One of few amazing guards of the league that was not included in Team USA, Westbrook could easily replace Beal. Both teammates on the Wizards and amazing guards. The former MVP is out of his prime but a great facilitator. With him on the roster, Lillard can focus on the scoring and leave Westbrook to be the floor general. We will also get to see Westbrook and Durant reunite. 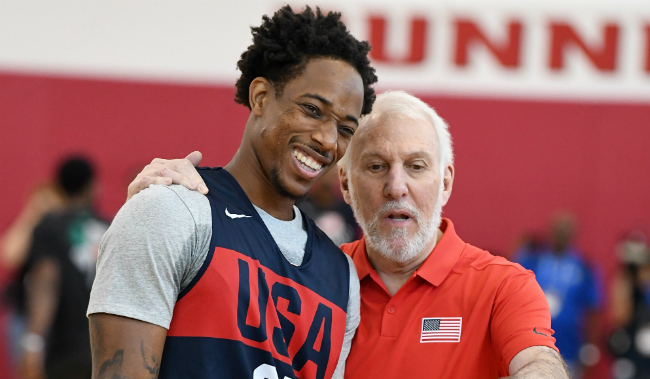 Paul George is one player who would be a great replacement. However, with Gregg Popovic really wanting someone he can trust on such short notice, his star player is not a bad option. DeMar dominates the mid-range but has not played for a while. Paul George has played more recently and better. So we can see this going either way.