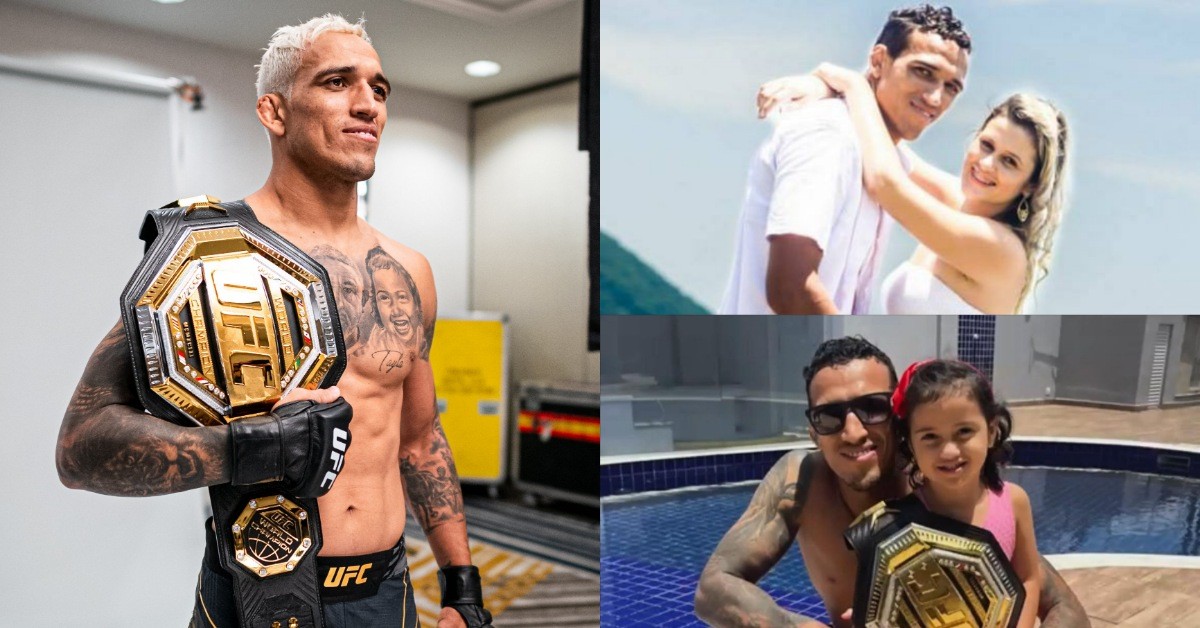 Charles Oliveira is all set to defend his Lightweight Championship this weekend. He will face one of the most fearsome strikers in the UFC, Justin Gaethje in the main event of UFC 274. The event will take place in Phoenix Arizona, inside the Footprint Center which holds a capacity of about 17,000 people.

Do Bronx has had a storied career in the UFC so far. He holds a black belt in Brazilian Jiu-Jitsu under Ericson Cardoso and Jorge Patino. Oliveira is one of the most clutch grapplers in the UFC with the ability to find a submission out of nowhere. Hence, it is not a surprise that he has the highest number of submission victories in UFC (15 submission wins).

Charles Oliveira has been a part of the UFC for over a decade now. But most of his wins went unnoticed due to a lack of exposure. However, the 32-year-old’s dazzling performances have forced the fans to pay attention to him. As a result, he has become a fan favourite in the last couple of years. The Brazilian is currently on a 10 fight win streak where he has finished 9 of his opponents.

Being a UFC champion comes with a lot of fame and glamour. However, Charles Oliveira has managed to keep his life in balance. He is an out-an-out family man who looks after his community as well. Let’s find out more about the champ’s family and private life.

Charles Oliveira was born on 17th October 1989 to an underprivileged family in Guarujá, Sau Paolo. He was not really a healthy child while growing up. Oliveira suffered from heart murmurs and rheumatic fever, which severely affected his mobility early in life. However, his mother Ozana Oliveira worked hard and sold street foods to provide for the family.

Mixed Martial Arts (MMA) was not really his first choice. Being born in Brazil, Oliveira’s first love was soccer. However, he got into martial arts after he was enrolled in a BJJ gym very early in his life.

Not much is known about his father as the Oliveira family maintains their privacy. But recently he tattooed the faces of his parents on his chest. Charles shared it on Instagram and tagged his mother’s Instagram account. She has a few old pictures there which gives some insight into what their personal lives are like.

The champ also has a brother named Hermison Oliveira. Hermison shares the same nickname as his brother. Similar to Charles, Hermison is also an MMA fighter with a record of 10 wins and 6 losses. But unlike the 155lbs champ, Hermison fights at flyweight.

Who is Charles Oliveira married to?

Charles Oliveira married is to Talita Roberta Pereira. The couple got married on 15th February 2014. Talita is very active on Instagram where she posts regular pictures of the couple’s daughter Tayla Oliveira.

Talita also seems as if she is a BJJ practitioner similar to her husband. In a picture on her Instagram account, she was seen wearing a brown belt inside Oliveira’s gym, ‘Centro de Treinamento Charles Oliveira Gold.’

According to Ecelebritymirror.com, lady Oliveira used to run a virtual shopping store called ‘Kafy Kamila.’  The site also notes that she is currently employed at ‘Hospital Casa de Saúde Guarujá.’ But it does not specify what role she has at work.

For more information and news regarding Charles Oliveria, follow this space.

Canelo Alvarez vs Dmitry Bivol Streaming Details: How to Watch and Start Time in USA, UK, Canada and India