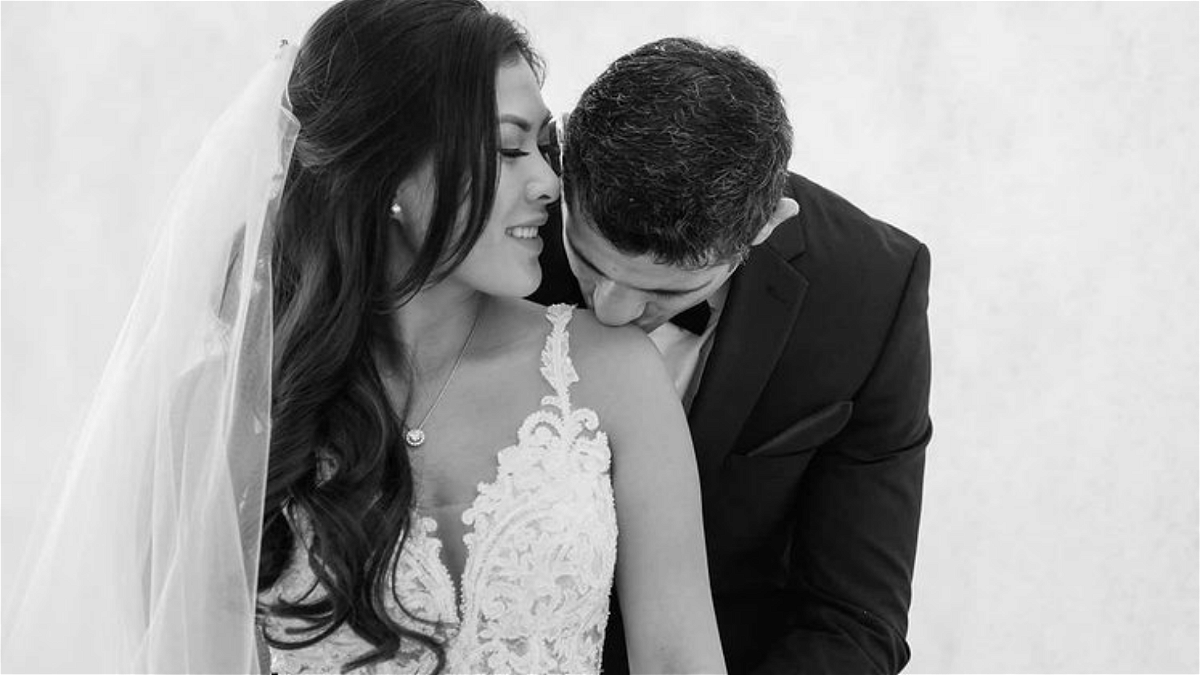 Beneil Dariush has slowly found a place in the heart of fight fans through his exciting performances, and his crazy finishes inside the Octagon. The #9 ranked UFC lightweight is currently on a six-fight winning streak and will look to continue the same momentum as he takes on Tony Ferguson in the co-main event of UFC 262. While Dariush has been a part of the UFC PPV on several occasions, this will be the first time that he will co-main event a UFC PPV. 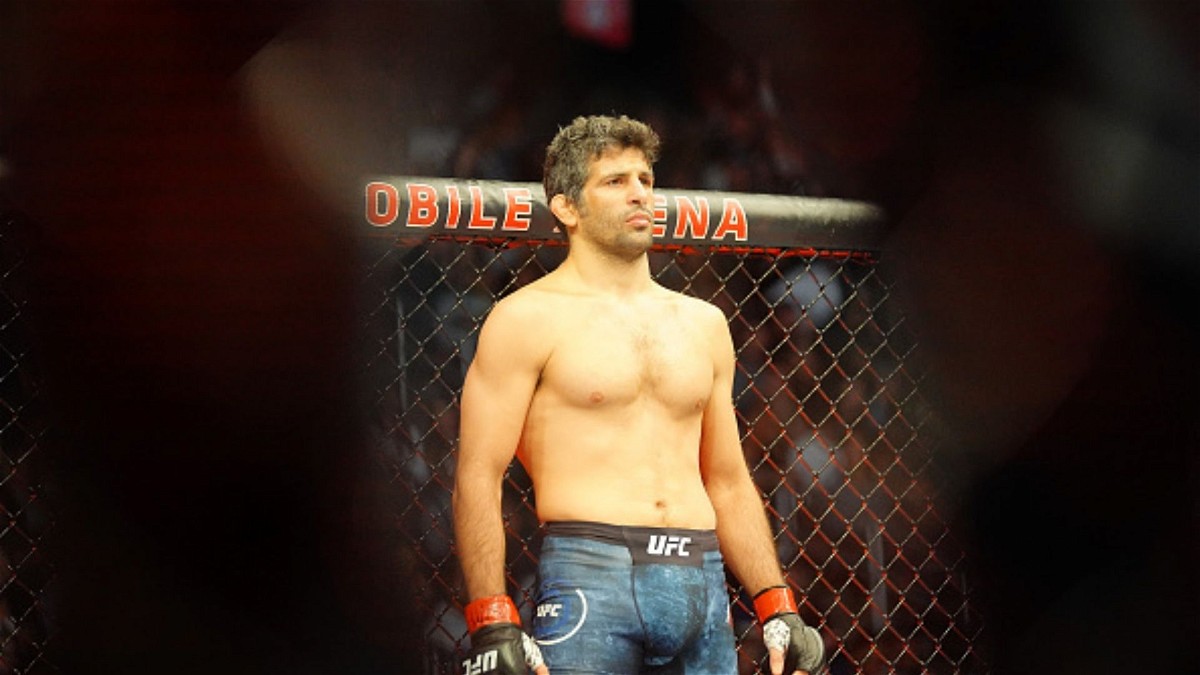 Beneil Dariush is 32 years old and has competed in 25 professional fights. The Iran-born Assyrian-American professional mixed martial artist has time and again proved his credibility inside the ring. However, despite the popularity, not much is known about the UFC fighter who likes to keep his private life a secret from UFC fans. Be that as it may, he has shared details of his personal life on social media on various occasions, giving fight fans a glimpse into his daily life.

Beneil Khobier Dariush is married. However, not much is available on the internet about Dariush’s wife. Needless to say, owing to Dariush’s approach to a professional social media profile, his personal life remains a secret.

Dariush is married to Victoria, and the couple of two beautiful daughters between them. Despite leading a private life,  Dariush has often mentioned his wife during his fights. Recently, he shared his wife’s views on his last fight against Carlos Diego Ferreira.

My wife just called me and yelled at me. And she said, that’s, that was not the game plan. But I enjoyed that. And then immediately after the fight, I was really emotional,” Dariush said in the post-fight press conference.

Needless to say, Dariush’s wife plays a pivotal part in his fighting career. Dariush has time and again emphasized the value of family, and as the Iranian-American fighter goes forward in his UFC career, the future looks bright for the 32-year old fighter.

Beneil Dariush grew in a joint family. He follows Christianity and had a Christian wedding. Till the age of 9, Dariush used to help his family on the farm, after which they moved to the United States of America. Dariush did not know English growing up, hence, he had limited friends and would usually hang around with his cousins. Today, he represents his country and his family on the biggest stage in mixed martial arts promotion, having taken on names such as Jim Miller, Tony Ferguson, and Edson Barboza among others.

“When I grew up in Iran I stayed in a small village called Juntapa. Max, 2000 people, but I actually think it’s 1200 people, a really small village. I was a farmer, I would help my uncles with all his farming stuff. I had close to fifty members within a mile radius, I spent a lot of time with family. I grew up with family.” Dariush has revealed.

Needless to say, Dariush has grown to be a momma’s boy, and the UFC fighter shared her love for her mom on Mother’s day recently. Dariush is considered one of the nicest fighters in the UFC and doesn’t like to engage in trash-talking. Despite a lackluster lead-up to his previous fights, the Iranian born fighter has always delivered inside the Octagon, delivering some of the best fights in the lightweight division. 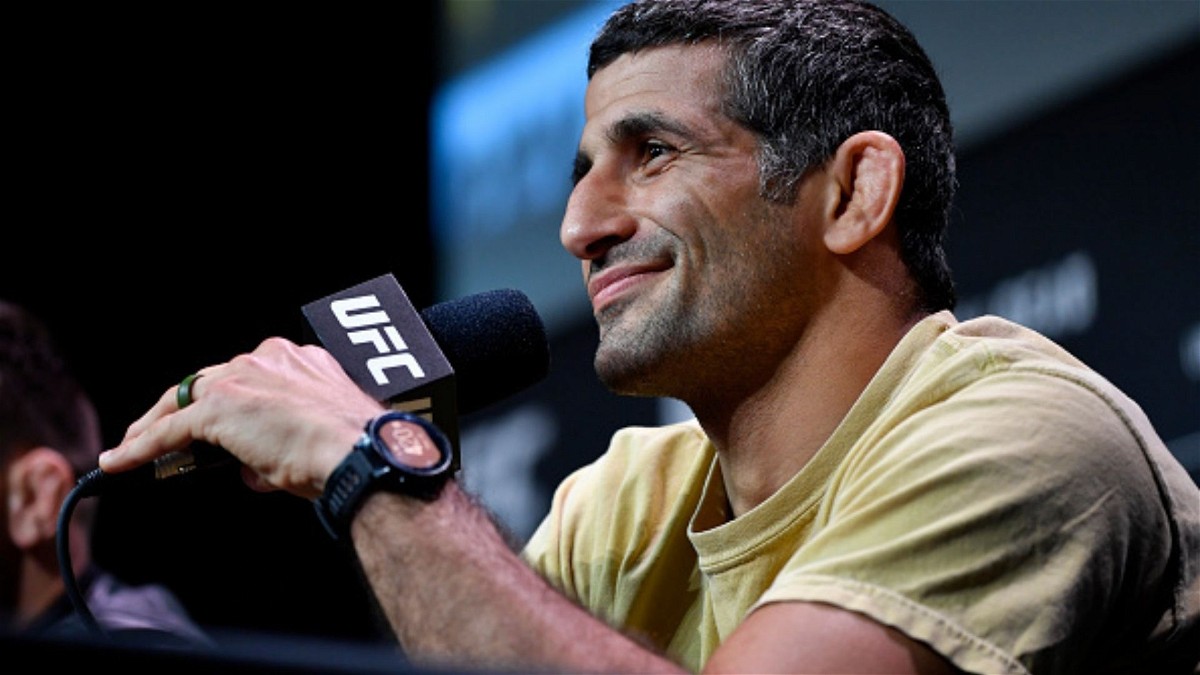 Beneil Dariush is also very close to her sister. Beneil’s sister Beraeil Dariush Shen shares how moving to the United States brought them closer. In the first few months, the brother and sister found only each other to talk to because of the communication gap. It took a while before Dariush learned English and made more friends.

“It was incredibly difficult. We didn’t know a word, that’s why our bond grew stronger and stronger. It was just him and I for a while.”

“It took me maybe six months to learn English because I had no choice. You gotta survive.”

Dariush reveals he would get excited at the thought of MMA. The UFC lightweight contender has always wanted to make it in mixed martial arts and reveals how his mother did not approve of the idea initially. 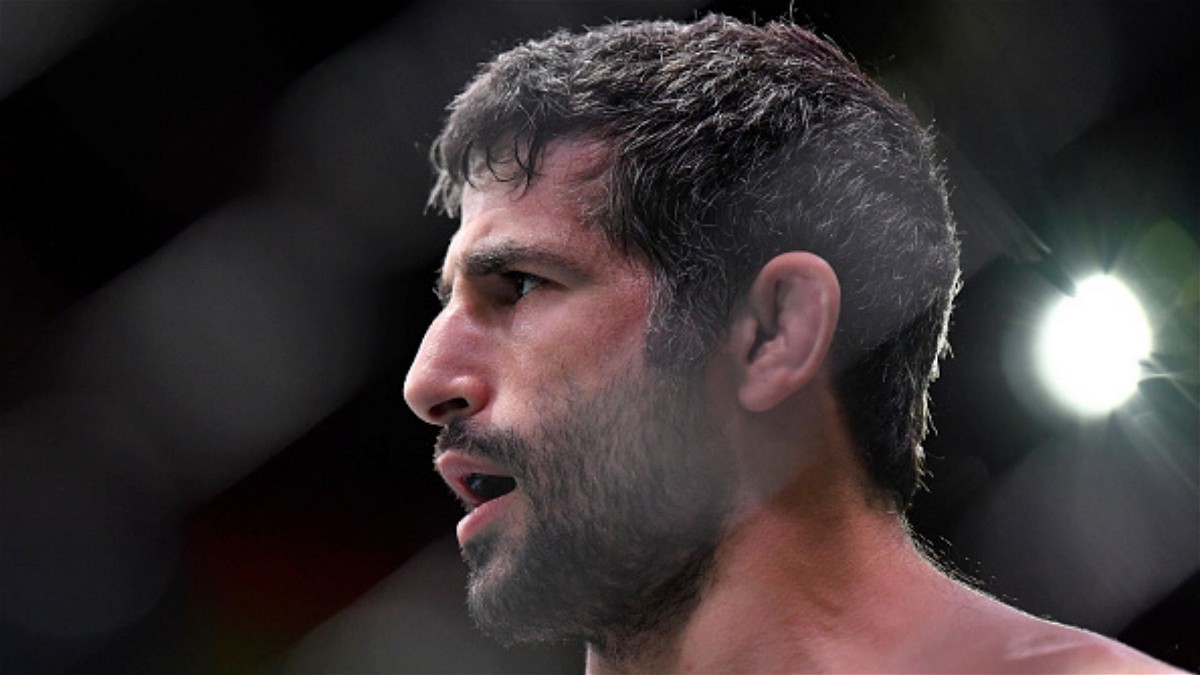 Dariush reveals how he was not allowed to join a BJJ gym until he was 18. It was only after Dariush turned 18 that he joined Gracie gym to learn Jiu-Jitsu. Today, Dariush is considered to have one of the most lethal ground games in MMA with unorthodox striking, and cardio for days.

Beneil Dariush has slowly transitioned into an elite mixed martial artist to ready to step inside the Octagon against absolutely anybody. It will be exciting to see his MMA career moving forward.

Here are some rare photos from Beneil Dariush’s childhood, and his journey from Iran to the United States of America. (Image courtest: UFC) 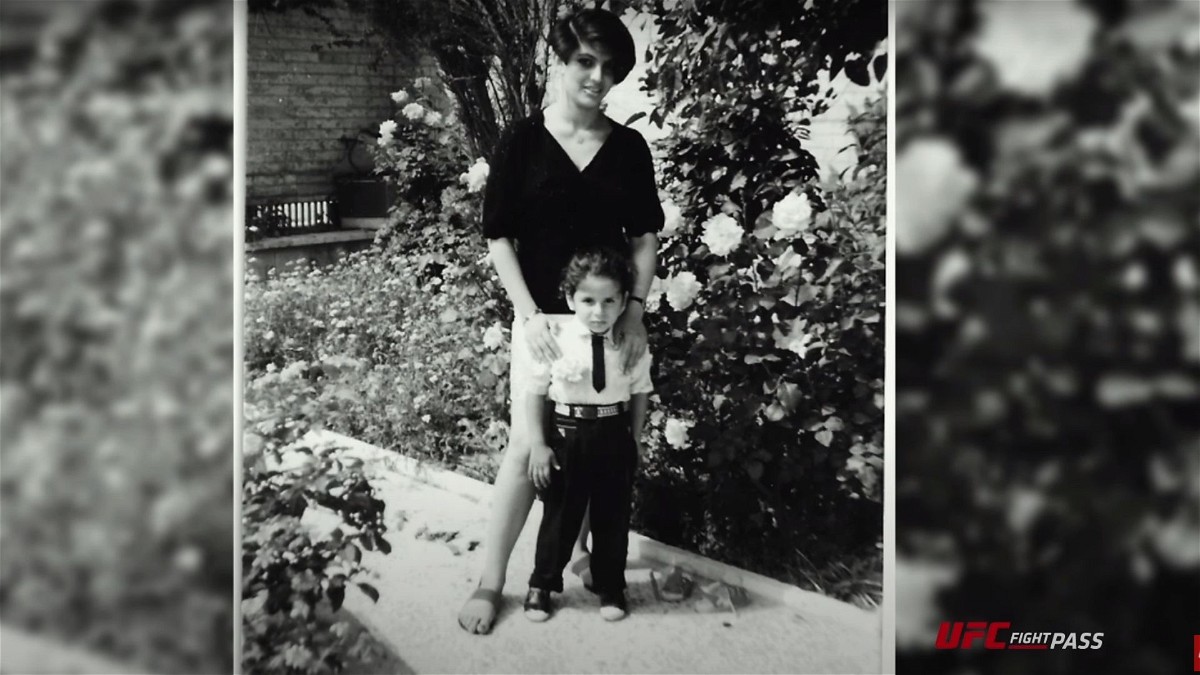 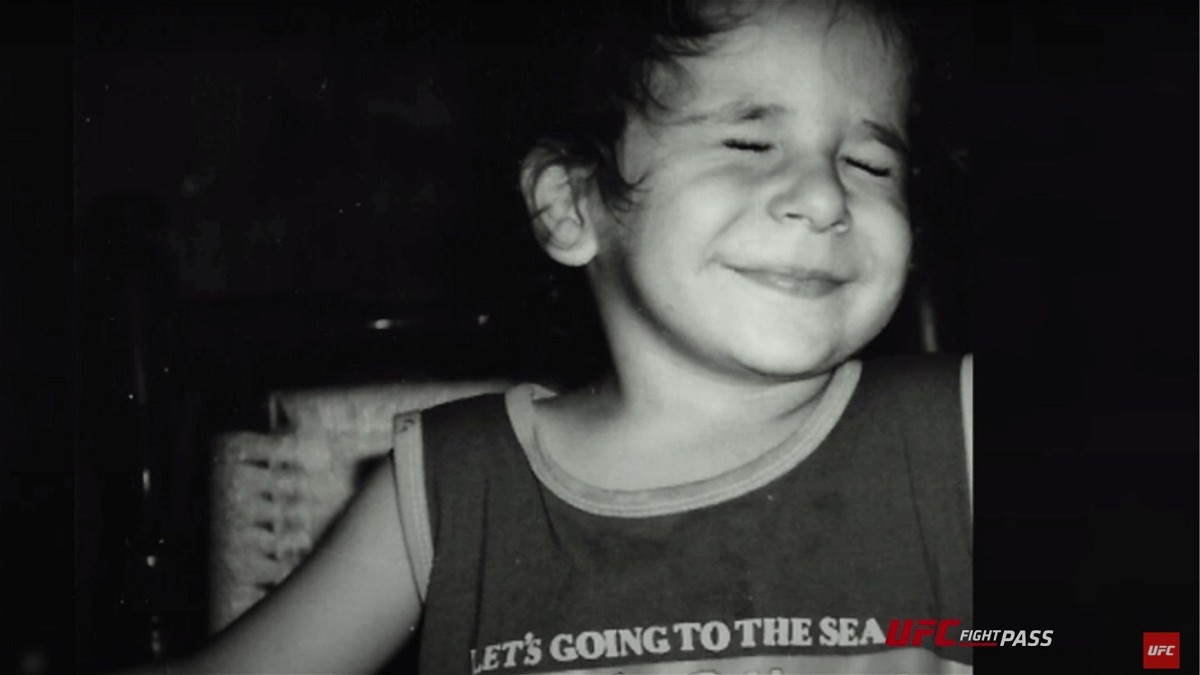 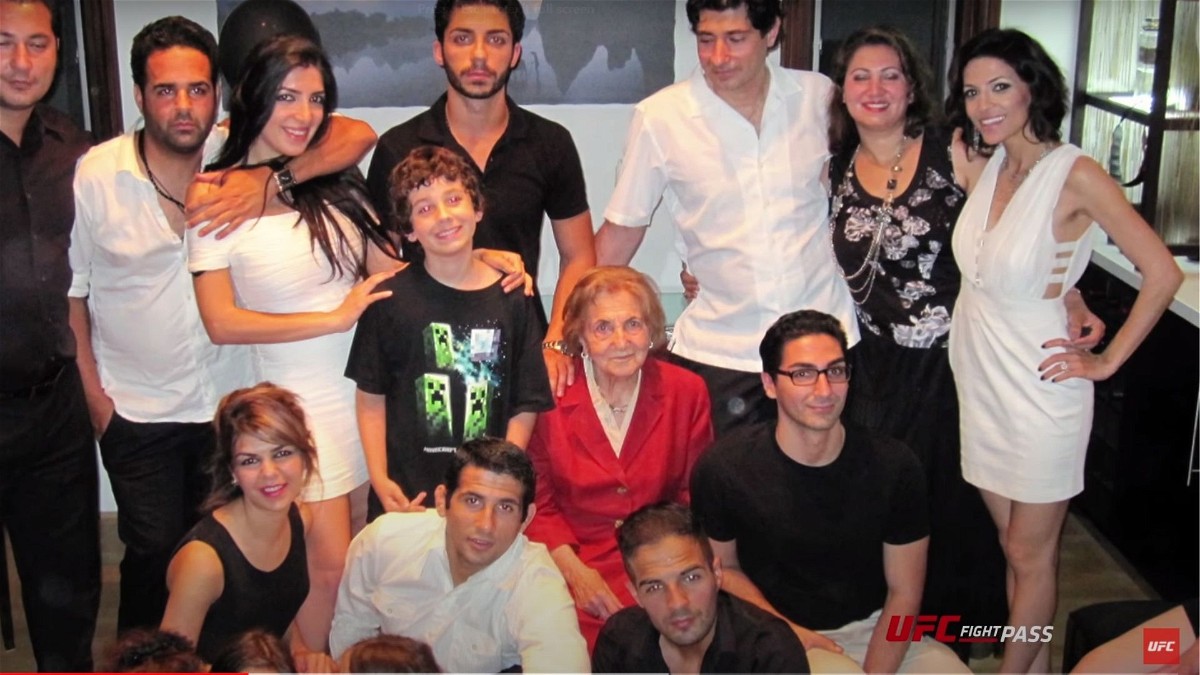 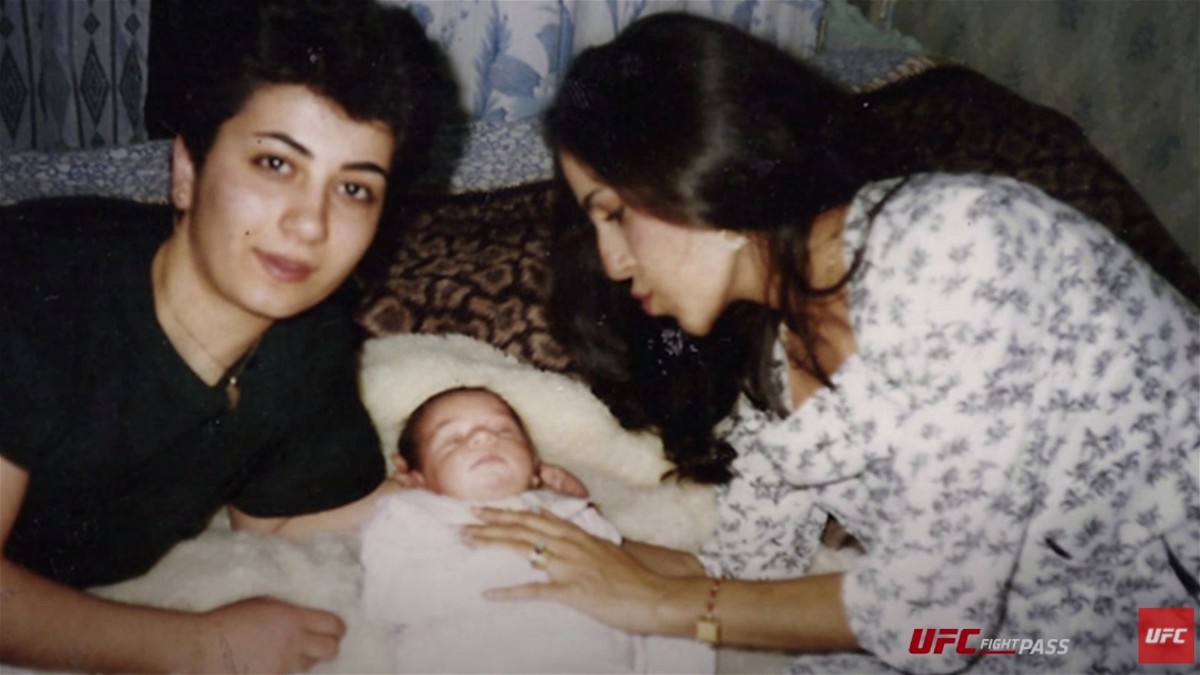