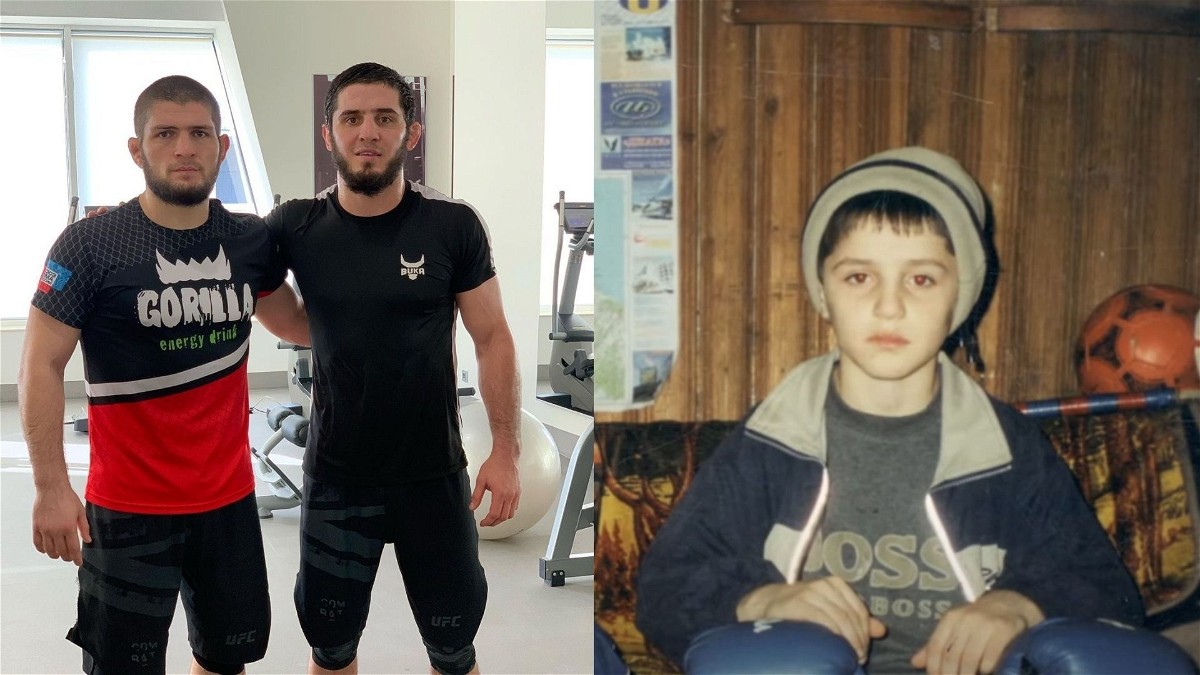 Islam Makhachev is quoted to be the next UFC lightweight champion because of his wrestling prowess, and his ability to dictate the pace of the fight. The top-5 UFC lightweight is currently riding on a nine-fight winning streak.

Makhachev’s incredible ground game and his all-around skills make him one of the fiercest mixed martial artists in the UFC today. The lightweight contender is currently on a seven-fight win-streak, having lost just once in his mixed martial arts career.

It won’t be wrong to say that Islam Makhachev got the attention of fight fans for being a close friend of former lightweight champion Khabib Nurmagomedov. However, over the years Makhachev has made a name for himself and is often compared to Nurmagomedov in terms of his ability to dominate his opponents on the ground. 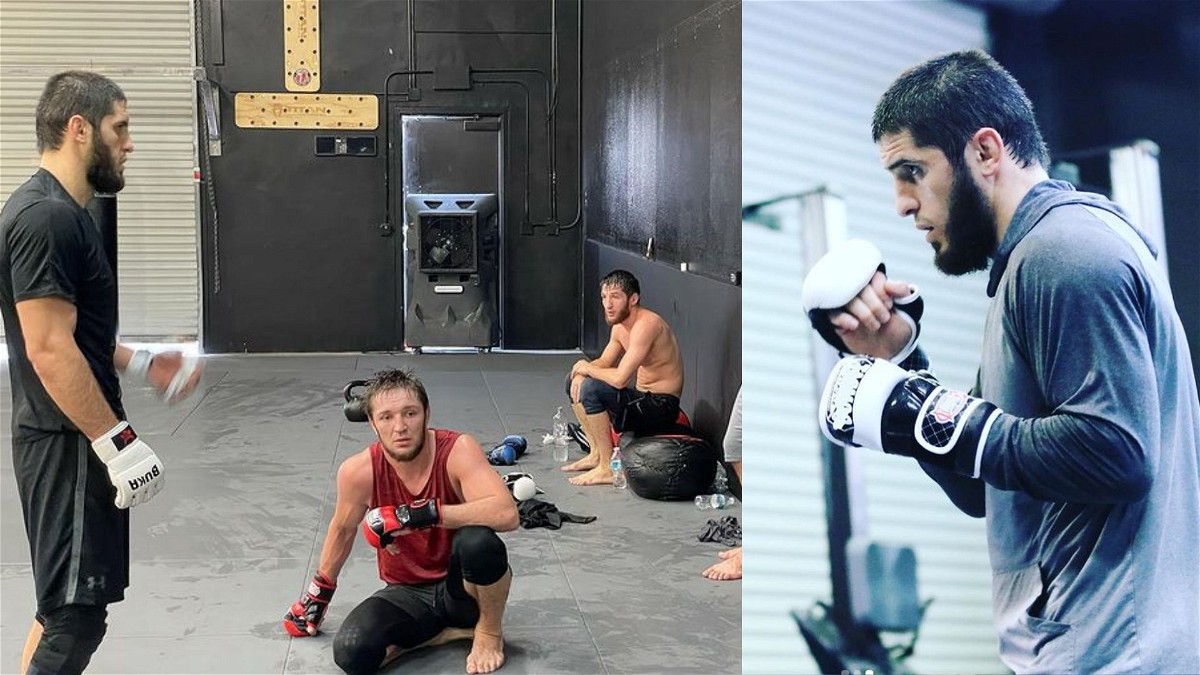 Former two-weight champion Daniel Cormier has even gone on to say that Makhachev is the next best thing to Khabib  Nurmagomedov, and believes that he will be the UFC’s lightweight champion in the near future.

Islam Ramazanovich Makhachev was born in Makhachkala, Dagestan ASSR. He is of the Lak ethnicity, an ethnic group native to an inland region known as Lakia. Islam Makhachev currently trains out of San Hose in the United States of America with former champions including the likes of Daniel Cormier and Khabib Nurmagomedov at the American Kickboxing Academy.

It wasn’t always Islam’s dream to become the UFC’s lightweight champion of the world. The Dagestani fighter cites representing his homeland, his republic as motivation for fighting.

“Our republic remains the forge of champions. It’s a great motivation.” Islam says of his motivation to complete as a mixed martial artist. “I was born in Dagestan, Makhachkala. But all my life, I live in this village.” 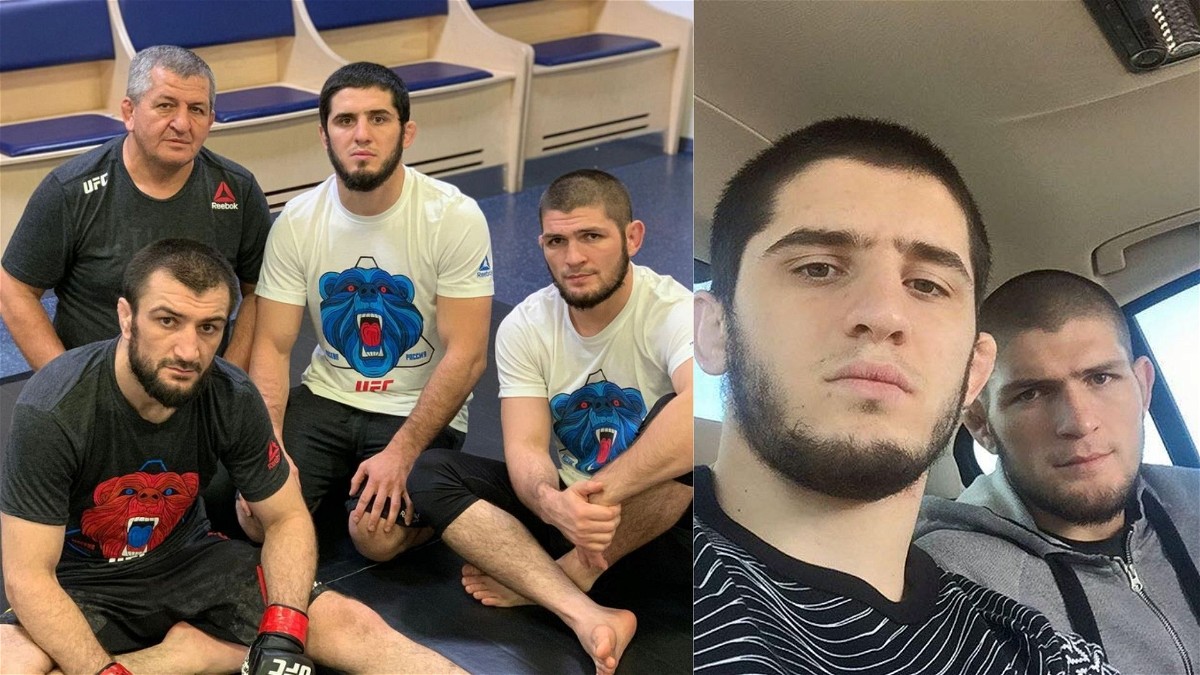 “Local kids thought the city boys were weak. So you would often have to fight.” Islam recalls. (Translated from Origins: Islam Makhachev)

Islam Makhachev grew up in the mountains, carrying rocks on his back for kilometers together. Needless to say, it’s the upbringing and his childhood that have made Makhachev immensely strong, with Islam himself crediting that he is physically more stronger and well developed because of the strenuous efforts he put in as a youngster.

Today, the entire Burshi village credits Islam Makhachev for bringing the name of their village on the world map and giving it recognition that he believes it always deserved.

The relationship between Islam Makhachev and Khabib Nurmagomedov goes back to their childhood days. Nurmagomedov and Makhachev joined the American Kickboxing Academy at the same time. 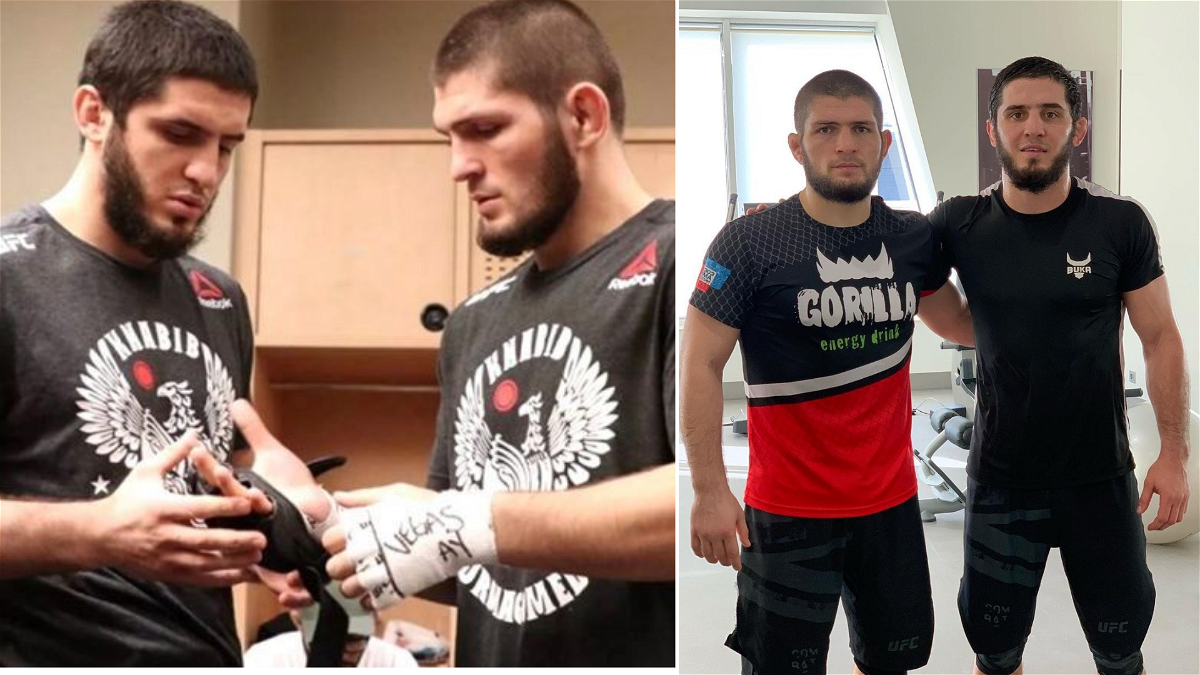 Khabib and Islam used to live next to each other and went to the same school. There is a difference of three years between Nurmagomedov and Makhachev. Both the fighters share a brotherly relationship with each other and the bond has only gotten stronger over the years.

“I found out Khabib trains with his father. I turned up there to see Khabib and asked if we could also train there, and we started.” Islam reveals.

Khabib Nurmagomedov reveals that his father Abdulmanap Nurmagomedov always envisioned the rise of Islam Makhachev. “When you leave, Islam will arrive,” Khabib recalls his father telling him.

Nurmagomedov has always been in Makhachev’s corner in all his fights, initially acting as his translator due to the language barriers.

“Islam lived next door, and we used to meet at the training. We went to the same school, trained in the same gym. Since childhood, we have known each other, almost 20 years.”

Likewise, Makhachev has also shown his support in Khabib’s success inside the Octagon and was in his corner for the retirement fight against Justin Gaethje back at UFC 254.

Islam Makhachev was always into sports. The first time he realized he wanted to be in mixed martial arts was when he won an amateur competition in combat sambo.

However, Makhachev would drop the first loss of his career after a vicious KO loss against Adriano Martins at UFC 192. Be that as it may, Makhachev has not looked back since then, grabbing seven straight wins to his name and all set to challenge the big name in the UFC in his pursuit to become the next UFC lightweight champion of the world. Makhachev’s biggest career win came against top-ranked Dan Hooker in a first-round submission win back at UFC 267.