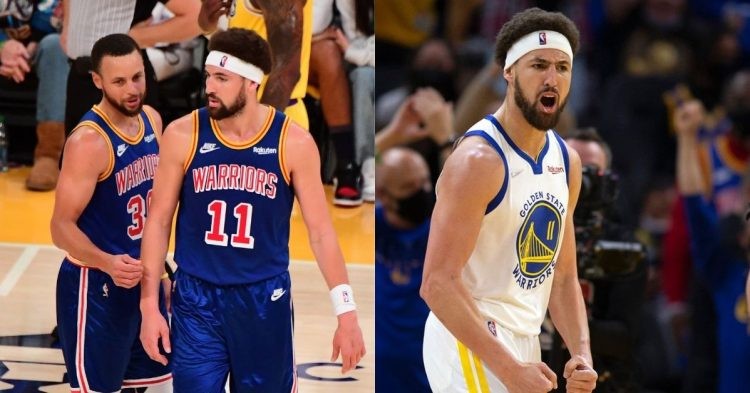 Many believe Klay Thompson to be the 2nd best shooter of all time behind Stephen Curry himself. Well, he is without a doubt one of the best shooters to ever touch a basketball. The man has achieved some amazing things throughout his career. He has 4 Championships, and 4 All-Star selections, and has made 3 All-NBA teams.

Did you know? Klay Thompson once scored 60 points while only dribbling the ball 11 times. That’s how great of a shooter he is. Now, the number 11 has always followed him around, while to other people it is nothing more than a number.

11 is truly a special number for Klay Thompson

A while ago Klay was asked about why he wears the number 11 and this is what he had to say about it, “I was a draftee of the 2011 Draft Class, I was the 11th pick. It took me 11 dribbles to get to 60 points. K is the 11th letter in the English alphabet. The house I grew up in California is the 11th house on 11th lane. So it’s a special number in my life.” 11 holds a lot of significance in his life and here is another reason why the number 11 is lucky for Klay.

Klay Thompson went down with a terrible injury during the 2019 NBA Finals. After losing Klay and KD to injuries, The Warriors lost the NBA Finals to Kawhi Leonard and the Raptors. Klay then missed a total of 941 days of basketball because of injuries. Everyone counted him out and believed that the Golden State Warriors’ dynasty was over.

This hasn’t been talked about enough. 🗣

Klay Thompson hadn’t play in an NBA game for 941 days following a torn ACL and a ruptured achilles. 🤕

He came back to average 20.4 points per game, was doubted, and then won his 4th championship. 🏆🏆🏆🏆

Then came the 2022 season, Klay Thompson’s 11th season in the NBA. He came back from his injuries after missing 941 days and immediately made a positive impact on his team. The Warriors then went on to win the 2022 NBA finals and Klay Thompson’s redemption arc was capped off after he won his 4th title in year 11.