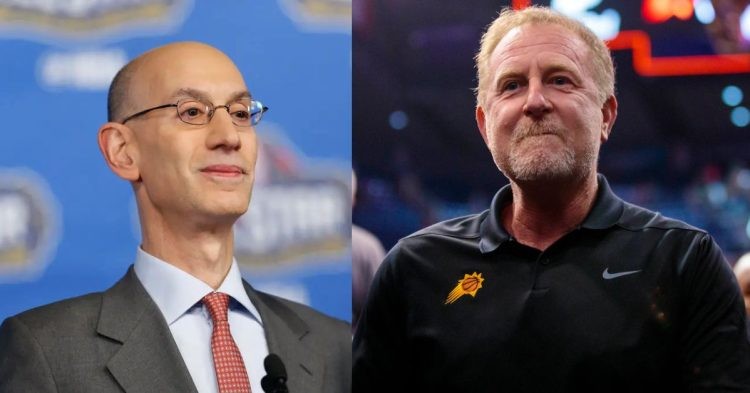 We are used to having NBA superstars like Kevin Durant under the limelight. By doing so, we forget the owners and other people involved with the league. In a moment that shocked the public, Phoenix Suns owner Robert Sarver has been fined $10 million and suspended for a year.

While this was certainly unexpected to us, it turns out the league had been investing in Sarver for a while now. Thus, we are getting to know about it only after a formal investigation and decision. It is important to understand the allegations against the Suns’ owner and how the league plans to regulate the situation.

Robert Sarver is suspended by the NBA for “workplace misconduct”

Apparently, there have been several allegations against Robert Sarver by various people over the years. There are claims that he engaged in racial and sexist behavior with his employees. The league took a year to do a complete investigation and released a statement. This was to make their decision and the information available to the public.

As mentioned, Sarver repeatedly used the “N-word” in conversation with his employees. Moreover, he made lewd and sexual comments toward the female staff. Finally, he verbally abused and screamed at all his employees. For all these reasons, the NBA decided to suspend Robert Sarver for a year and make him pay a fine of $10 million.

Additionally, the Suns’ owner will not be able to attend any game or even be present at team offices and facilities. This is quite a humiliating position to be in. NBA Insider Adrian Wojnarowski from ESPN revealed that Sarver gave his full cooperation towards the investigation. However, he was against their decision to suspend him and fine him.

It is interesting to see how the minds of the powerful and wealthy work. If a normal person was accused of sexual assault and racial slurs, they would be facing imprisonment at the very least. That is not even being discussed in this situation because Sarver is no ordinary person.

We hope that he learns his lesson from paying the fine and staying away from his franchise. This should serve as a reminder that even the powerful are not above the law. Completely, that is.