Conor McGregor has been relatively quiet ahead of what promises to be the biggest fight of his MMA career against former interim lightweight champion Dustin Poirier at UFC 264. In what was his first interview ahead of UFC 264, the former dual champion conversed with The Mac Life and revealed his thoughts ahead of the match-up. When talked about

“Keep the focus, keep the enemy in the suspended amount of terror. That’s it. Keep him on the suspense of terror.”

“He is a corpse, a dead body,” McGregor said on his friend turned arch-nemesis Dustin Poirier. “He’s gonna get his a** whipped, and took out on a stretcher.”

While initially, the relationship between McGregor and Poirier was one that was based on mutual respect, the back and forth on Twitter due to the delay in transfer of promised donation has led McGregor to adopt the approach where he seems all set to begin his trash-talk once again.

McGregor has always been a great analyst of the fight game and when he was asked the kind of adjustments he expects Poirier to make for the trilogy bout, he did not have very nice words to say about the former interim champ.

McGregor’s approach in the rematch back at UFC 257 was criticized by many for his boxing heavy approach. Even Dustin Poirier called out the former dual champion for his over-reliance on boxing and sent a statement to the Notorious for preaching a complete form of mixed martial arts while staying heavy on one aspect of fighting. 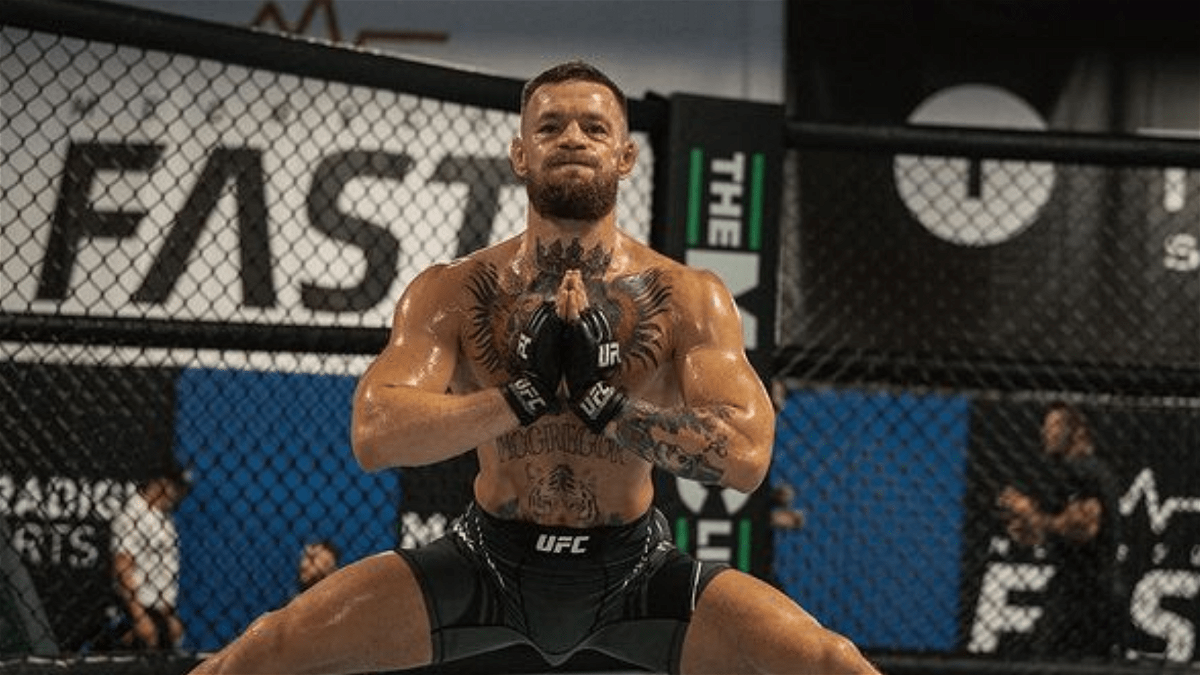 McGregor spoke about what went down before the fight and revealed the potential bout with Manny Pacquiao as the reason why his gameplan got compromised ahead of UC 257.

“Just focus on mixed martial arts. first of all, it was an 85% camp for boxing for Manny Pacquiao to set a fight camp about. It was gonna be a charity event, not even under the UFC banner. He was a southpaw.”

It will be interesting to see what kind of gameplan both the fighters will bring inside the cage when the door closes at UFC 264 inside T-Mobile Arena. Needless to say, it promises to be the biggest card of the year and one that is bound to make history according to UFC president Dana White.