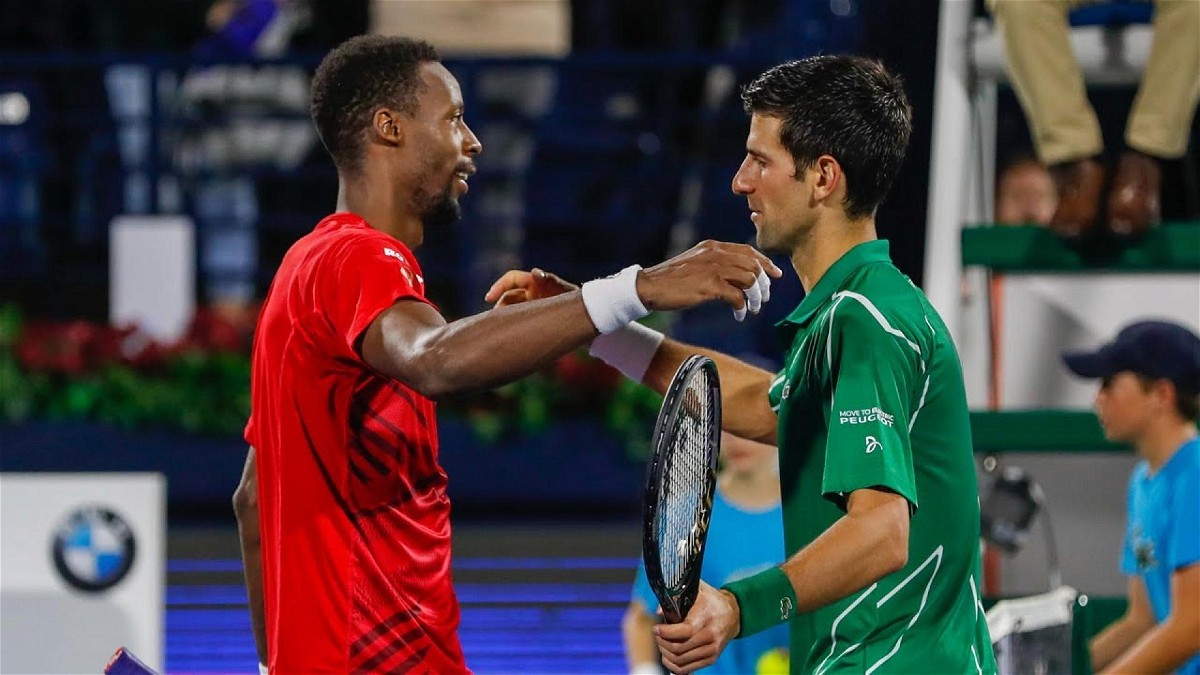 Novak Djokovic is the kind of player who is appreciated even by his rivals. He has produced some of the most legendary matches over the course of his illustrative career. The Serbian has so far won 20 grand slams and he still has the hunger to win more and rewrite the history books.

Recently Gael Monfils also appreciated the player. The French international thinks that Novak losing the finals of the US Open does not change anything as he still is a true legend of the game. What all did the French player say about the Joker? Here’s everything that you need to know.

Also read: “I Look Forward to the Off-Season” – Kei Nishikori Confirms That His 2021 Season is Over as He Struggles With Injuries

Recently, Novak Djokovic lost the finals of the US Open to Daniil Medvedev. The Russian won his first-ever grand slam. After the loss, Novak Djokovic did not feature in major tournaments but is back now in the Paris Masters to play. Speaking of Novak’s loss in the finals, Monfils said that it does not change anything as he still is the best.

“He’s a legend of tennis,” Monfils said. “He lost against Daniil [Medvedev] who played extremely well. He hasn’t lost a lot of matches. He’s No. 2 worldwide. So as far as I’m concerned, it doesn’t change anything.” said Monfils. “Both players have a great level. Novak is still Novak,” Monfils said. “He’s still a fantastic player. He’s won three Grand Slams. He’s still the same. He only lost to the second player, the second-ranked player.” continued Monfils.

Gael Monfils and Novak Djokovic last faced each other at the Dubai Championship in February 2020. The match was won by Novak Djokovic as he sealed a spot in the finals of the tournament. So far, they both have faced each other 17 times, and interestingly, Novak has won all the encounters between them. thus maintaining a 100% win record against the French player.

Novak Djokovic recently posted a video on Instagram where he was seen practicing on the courts ahead of the Paris Masters. Though he still casts doubts over his participation in the Australian Open as the Serbian player has not yet shared his status on the vaccinations. It is mandatory for all players competing in the Australian Open to have their vaccination done right.