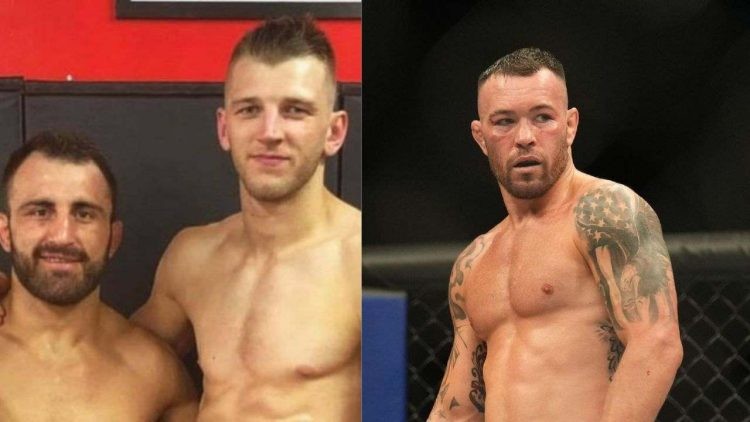 Dan Hooker and Alexander Volkanovski recently spoke about UFC 279. Whilst discussing the main event and Khamzat Chimaev, another name became the topic of discussion. Colby Covington has been a polarising character in the UFC, and Dan Hooker isn’t a big fan.

In typical Colby fashion, the former interim welterweight champ likes to talk trash about all fighters. Be it friends turned enemies or just other fighters in the UFC, Covington always has something to say. In most cases, fighters don’t like to pay attention, but Hooker had something else on his mind.

Further, Dan reveals how Covington trains without risking confrontation with other fighters. “The Apex is like in Vegas. PI’s on one side of the road and everyone like trains there and then the Apex is on the other side of the road. He comes in at night at the Apex, goes in the back door to the Apex… he’s a little rat, bro. Like, that’s p***y s**t. He doesn’t stay at like the host hotel, like, he actually goes out of his way to just avoid people…”

The Aussie fighter has also caught a few strays from Colby on occasion. In an interview with Helen Yee, Colby joked, “I heard about that Hooker before. Is she still a hooker?”. Although Dan recognizes that Colby plays a character, he clearly is not on board with it.

What’s The Future for Colby Covington and Dan Hooker?

For Dan Hooker, it has been a rough time in the Octagon lately. After a disappointing run of form at Lightweight, Hooker made the move down to 145. However, that too did not go as planned, resulting in a KO defeat to Arnold Allen. Now, he makes his return to Lightweight against Claudio Puelles at UFC 281.

On the other side, the future is a bit more unclear for Covington. Currently, he seems to have dispatched the best the division has to offer and is currently waiting for a trilogy against Kamaru Usman. However, that is subject to change depending on whether Kamaru can regain his title from Leon Edwards.

Interestingly, a bout against Khamzat Chimaev was also in the works. But, with Khamzat struggling to cut to 170 and wanting to fight at Middleweight, a potential fight is highly doubtful. Who do you want to see Colby Covington fight next? Leave your picks in the comments below.