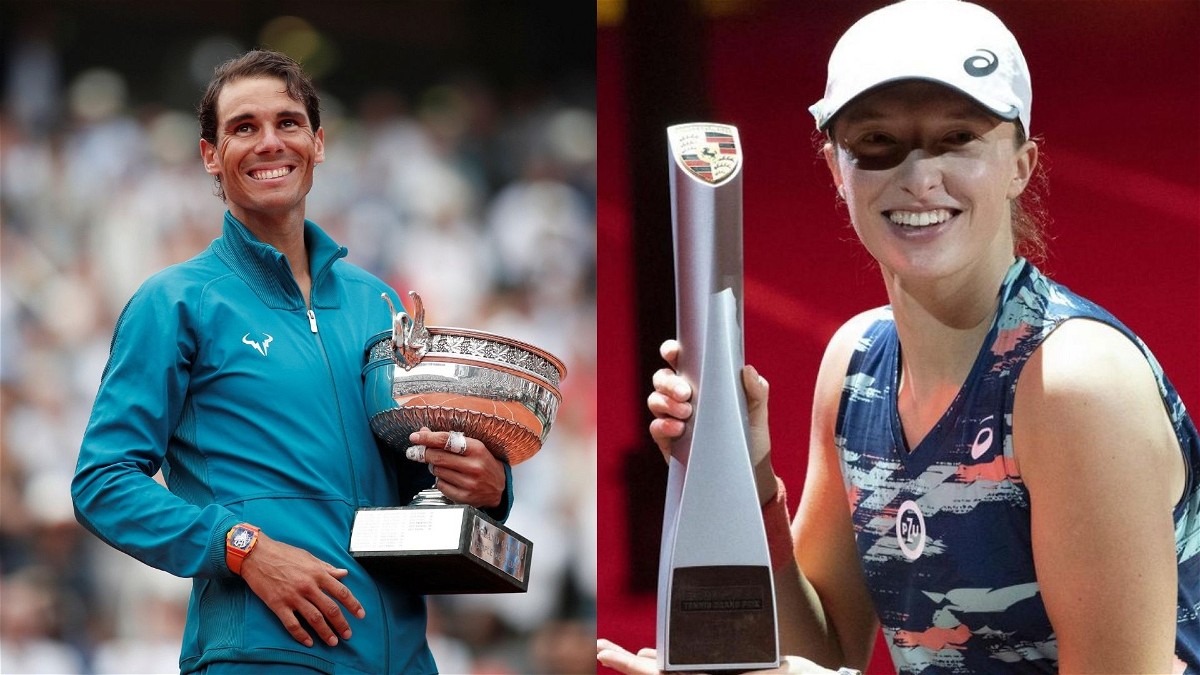 Fans would definitely not be surprised with Iga Swiatek winning her fifth consecutive WTA title in Rome on Sunday by defeating the current World No 7 Ons Jabeur in a 6-2, 6-2.

In the post-match interview, when Iga was asked about Rafael Nadal she said,

“I’m just going to be boring in just repeating myself but Rafa is always a good inspiration for sure.”

“Watching him this year at the Australian Open I was there in the stadium and I could see how he came back after the first two sets when Daniil was playing such good tennis.”

“Rafa has some superpowers sometimes, I think. He’s not giving up. He’s physically and tactically always there on the court. I feel he’s the perfect role model.

“He’s the greatest of all time in tennis right now.”

Iga shares a good relationship with Rafael Nadal and Nadal when recently was asked about Iga’s 25 unbeaten streaks, he was also quite a bit impressed by this and said that this feat is very difficult to achieve for any tennis player.

Iga was surely ecstatic with her fifth consecutive title win and is the favourite to clinch the French Open title as well.

While addressing the media she stated that she felt it would be difficult for her to maintain her winning streak but she was pretty happy with all the winning that was coming her way.

She is surely focused on the right things because it led to her success in the previous week in Rome. Iga Swiatek is only the second player to ever win four or more WTA 1000 titles in just a single season.

This record was previously held by Serena Williams after he won five consecutive titles in 2005. Iga in 2022 has won Doha, Indian Wells, Miami and now Rome as well. Out of the last 9 WTA titles she holds 5 of them to her name.

The match was surely an interesting one as her opponent, Jabuer has won 2 times in their last two encounters. During the course of the match, Iga broke 3-0 early on and then it was just her cruising past her opponent to win the title.