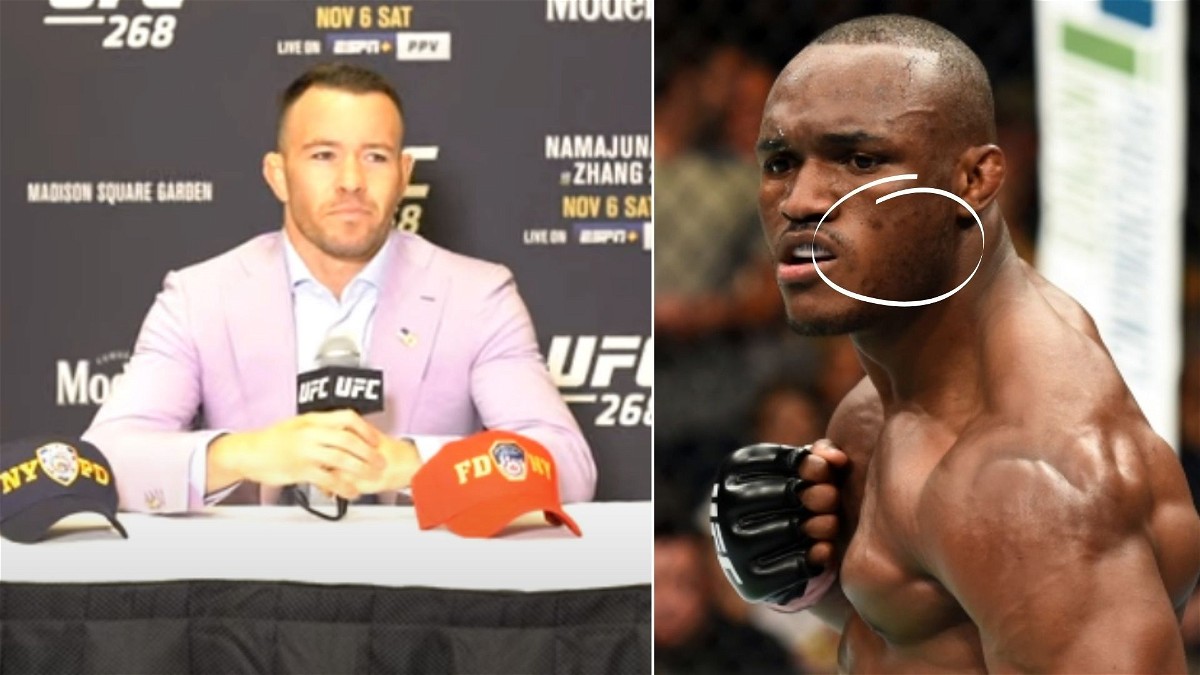 It’s not the first time that Colby Covington has rained down on Kamaru Usman on alleged steroid intake. In the past, Covington has called out Kamaru Usman for taking steroids, calling him the “CEO of EPO.” Needless to say, the comments gathered a lot of attention from fights fans around the world, who questioned the black spots on Kamaru Usman’s face and back following his vicious KO win over Jorge Masvidal back at UFC 261.

“Marty Juiceman. The CEO of EPO. It fits him pretty good. He’s a 35-year-old middle-aged man and he looks like he’s got a chemical imbalance. The guy got acne all over his face, all over his shoulders, and his back. Why is that? Are you going through puberty at 35?” Covington said, alleging potential steroid intake by Kamaru Usman.

Relax there, carbuncles. You big spotty back pox. You were ringside last time I fought at 170. 40 seconds is all it took. Why did you reschedule Burns fight ? What was the reason, that was never given to the public, why that already signed fight was then rescheduled? https://t.co/RDv3RtaO97

In the past, the likes of Conor McGregor have also alleged that Usman is taking steroids. Following Usman’s emphatic win over Jorge Masvidal, both McGregor and Usman traded words on Twitter with the Notorious pointing out the “spotty back pox” on Kamaru Usman. McGregor also hinted at a foul-play after Usman’s scheduled fight with Gilbert Burns was rescheduled without disclosing any reason.

Is Kamaru Usman on steroid? – Colby Covington makes a case

Kamaru Usman’s dominant run in the UFC’s welterweight division, with wins over the likes of Demian Maia, Jorge Masvidal, Gilbert Burns, Tyron Woodley, among others, Usman has cemented himself arguably as one of the greatest of all time. Usman currently reigns as the undisputed king of the UFC’s welterweight division and stands on the top of UFC’s pound for pound list. Come UFC 268, Colby Covington will have the opportunity to climb the ranks, and avenge his loss from back at UFC 245. However, it will be easier said than done.